The Department of Public Works recently plugged a leak that for over a year had spewed millions of gallons of drinking water onto a public sidewalk under a West Baltimore railroad bridge.

Now apparently, as far as the agency is concerned, the leak never happened.

Multiple requests to DPW seeking information about how the city stopped the leak have gone unanswered. Councilman James Torrence has also requested – but not yet received – a response from DPW.

Torrence said his constituents had complained for months about the broken pipe that had drenched the North Avenue underpass with water.

The Brew has been writing about the leak since September 9, alerted to the dangerous conditions by Curtis Brown, a 69-year-old who was knocked to the sidewalk by a board that fell from the bridge near the leak.

Asked back then what DPW would do about the situation, agency spokesman James E. Bentley II said, “This question should be directed to DOT or CSX.”

Today, Mayor Brandon Scott’s office said it had contacted CSX and “has been in communications about on-site conditions.” Additionally, “the city had provided on-site cleanup.”

DPW internally maintains a record of “unaccounted-for water,” defined as the difference between the water produced at its filtration plants and the water consumed by its 1.8 million users.

Over the last decade, unaccounted for water ranged from 16% to 35% of the total produced.

Most recently, in FY2019, “lost” water amounted to 29.8% of the system’s total production of drinking water (see chart below).

In other words, some 20 billion gallons were lost in the distribution system in 2019. That’s equal to the volume of 30,300 Olympic-sized swimming pools (an Olympic pool containing 660,000 gallons of water, according to Wikipedia).

Compared to these totals, the 5-8 million gallons of fresh water likely released at the CSX bridge over the last year (based on a 10-15 gallons per minute flow rate) is trifling.

Again, DPW maintains no records of such leaks, despite the $85 million it has expended on “smart” water meters and $25 million-plus on an automated water billing system.

Nor does it compute the tens of thousands of dollars worth of billable water that were squandered beneath the North Avenue bridge. 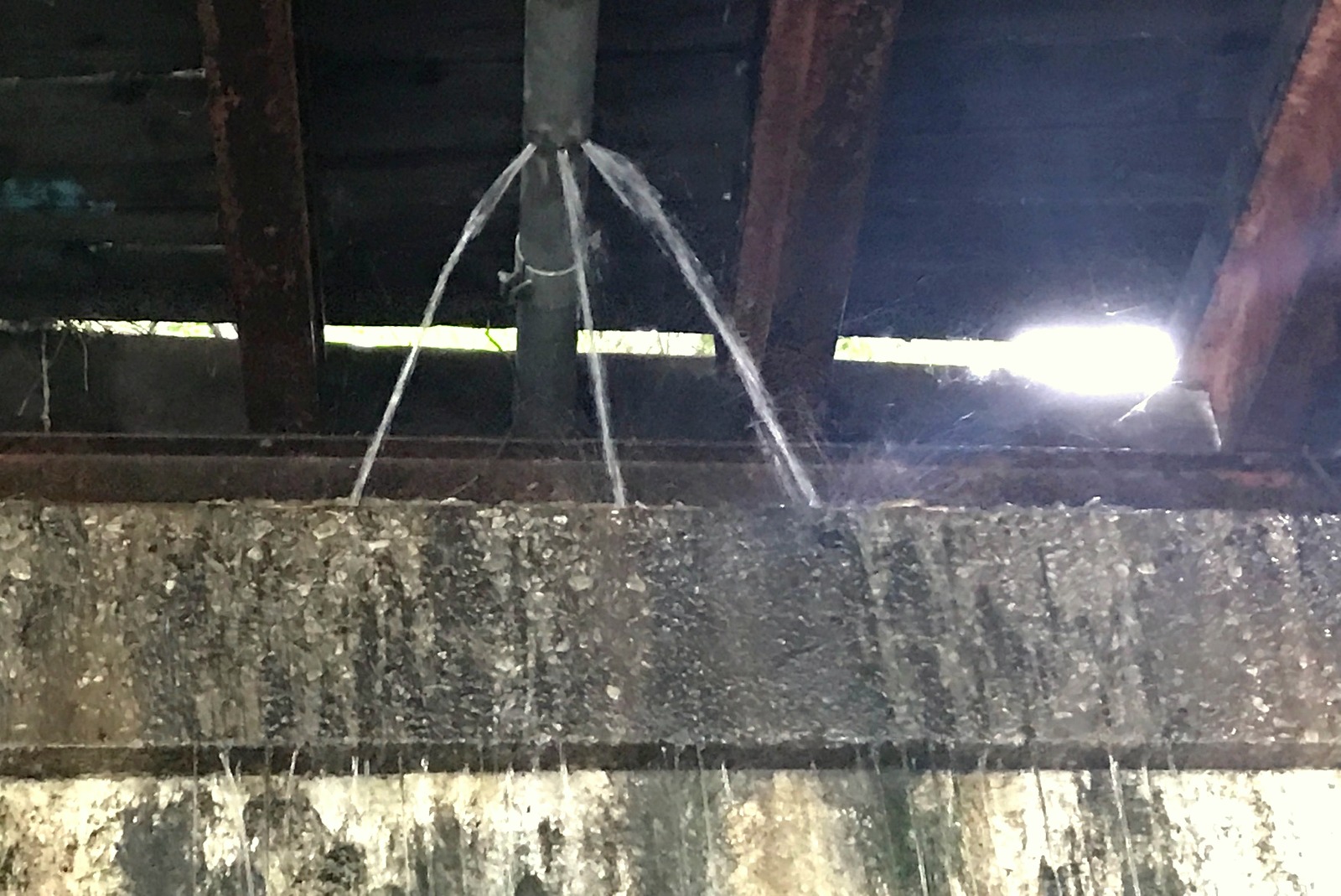 Breakage a Mile Away

How and why city water was running through an AT&T conduit pipe, buried along the CSX line, has yet to be officially explained.

Wachs Water Services is under contract to help DPW locate the cracked mains and tree-root-destroyed secondary pipes that account for much of the system’s “lost” water.

Sources tell The Brew that after trudging up and down the CSX right of way, Wachs inspectors discovered that the water came from a ruptured pipe that crossed the railroad near Liberty Heights Avenue, most likely originating from the Ashburton filtration plant on Druid Park Drive.

Finding its way into the AT&T pipe, the water raced nearly a mile downhill, pouring out of three cracks in the pipe above North Avenue, spreading across a trash-strewn sidewalk and emptying into nearby storm drains. 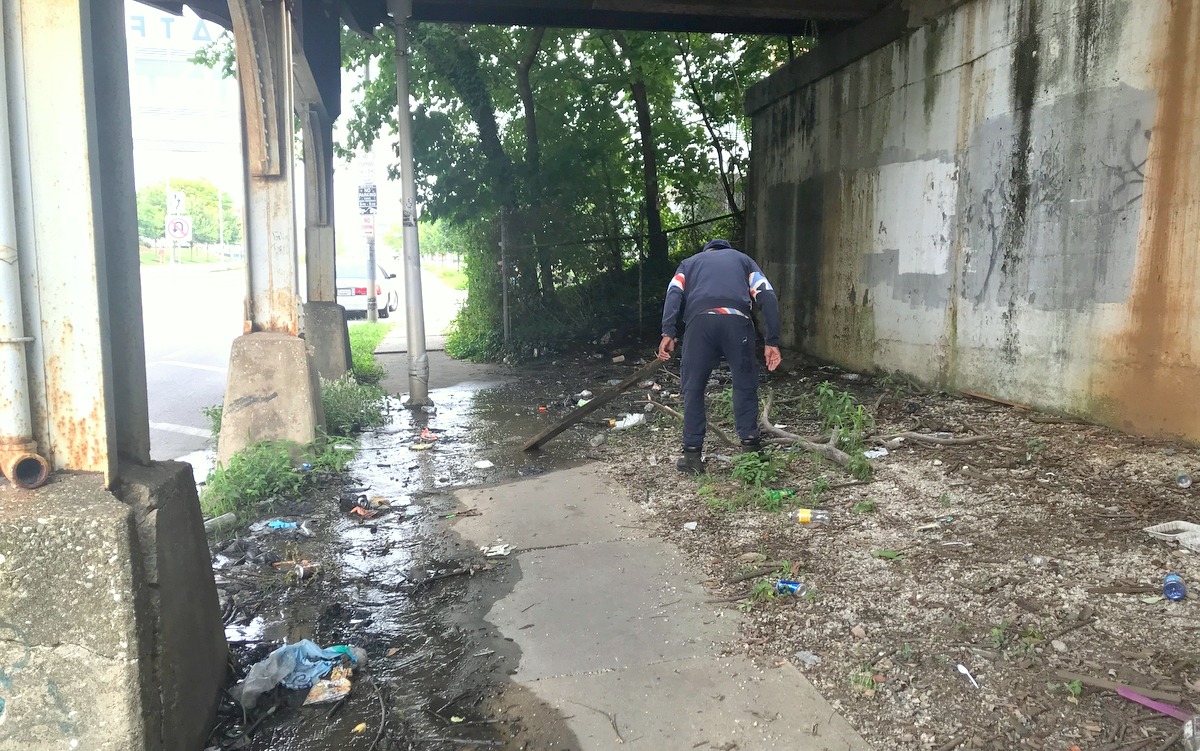 Curtis Brown under the bridge where he was struck by an overhead board and taken to the hospital on August 25. (Mark Reutter)

Levi said he realized there was a problem when the tap water at the church began turning brown a year ago.

He said parishioners who live nearby on Braddish, Westwood and North avenues have complained about the same “dirty” water.

So far, he’s seen no improvement in water quality. “Yes, the bridge ain’t leaking anymore. That’s good. But the city can’t get its act together. And that’s bad,” he said yesterday. 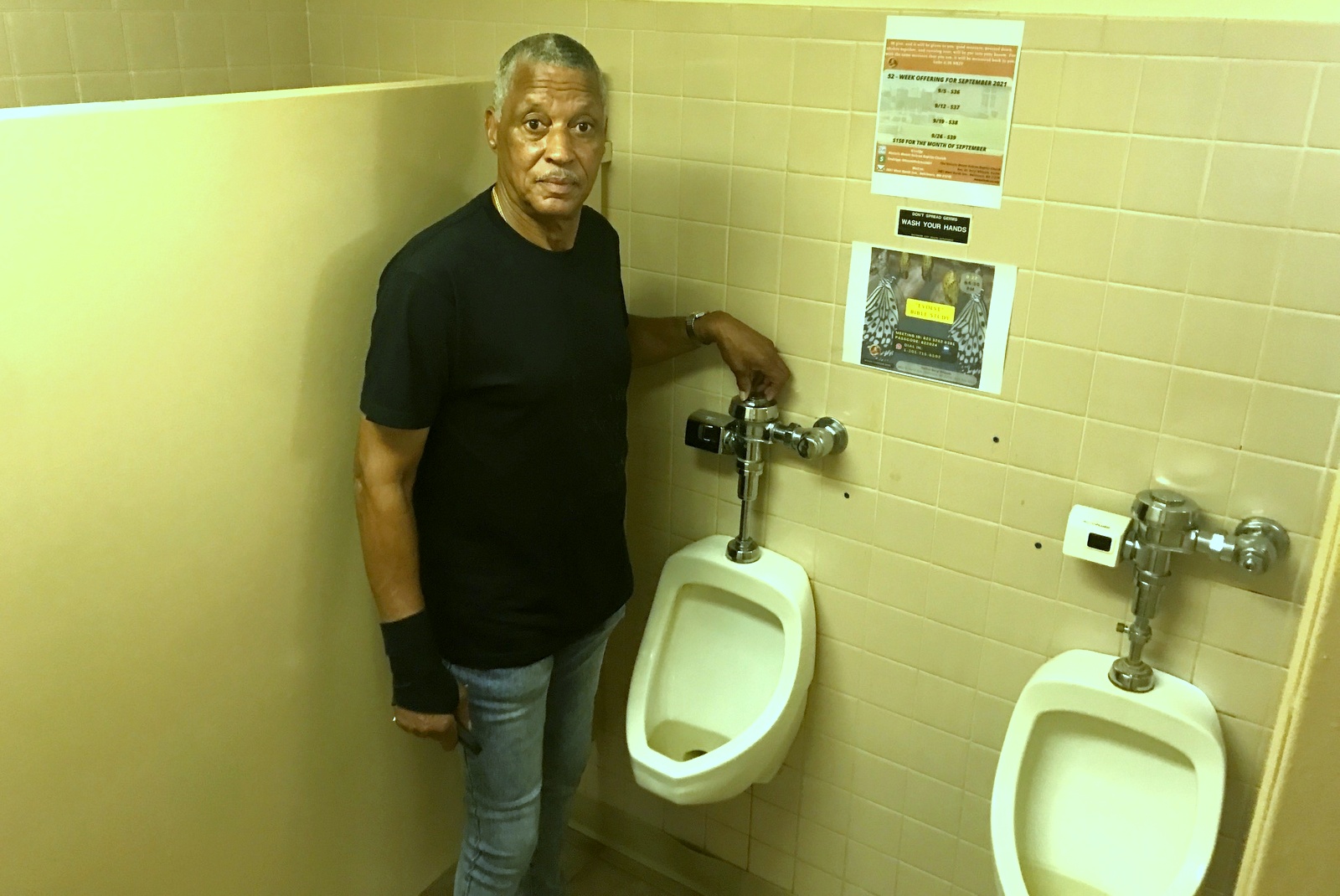