Here we go again. After reading the Baltimore City Law Department’s absurd defense of one day’s notice of a meeting to evaluate the work of a corruption watchdog who ruffled the feathers of Baltimore’s power couple, Marilyn and Nick Mosby, I thought it would not be possible for the legal staff to further embarrass itself.

Upon reading an opinion written by chief solicitor Hilary Ruley, released last Friday night, I learned how wrong I was.

That is not the issue. The issue is whether the board is compelled to close the meeting to the public under the Maryland Public Information Act (PIA).

Ruley concluded in her opinion that it is. I believe she is wrong.

The meeting of the advisory board was initially scheduled for October 6, but was rescheduled for tomorrow (October 28) after a Brew story alerted the public to the notice violation.

In response, Ruley wrote an opinion in which she advised the board that it could not honor Cumming’s request to discuss her performance in an open meeting. Ruley stated that, although Cumming’s waiver would insulate the board from civil liability, it would not protect board members from possible criminal prosecution under the PIA for wrongfully disseminating a “personnel record.”

Saying that Ruley’s opinion placed the Advisory Board “in a conflicted position,” Ruley’s boss and the board’s chairman, City Solicitor James L. Shea, said the panel had “no alternative” except to cancel the October 28 meeting.

The board’s website then explained that it “will explore other ways to conclude its performance review,” whatever that means.

If Ruley is right, tens of thousands of government supervisors would now be in jeopardy of criminal prosecution. Fortunately, they have nothing to worry about.

Current and former employees of state and local governments in Maryland, when seeking employment elsewhere, routinely authorize their government supervisors to discuss their performances with prospective employers outside of government.

Those tens of thousands of government supervisors are in jeopardy of criminal prosecution if Ruley is right. Fortunately, they have nothing to worry about.

Ruley’s opinion consists of a series of misinterpretations of the law. The first is her contention that discussion of Cumming’s performance at a meeting of the board would constitute disclosure of a “personnel record.” A personnel record is a category of public record as defined by the PIA.

A 1997 opinion of the Maryland Attorney General explicated a key distinction that Ruley ignores, pointing out that the term “public record” is limited to “documentary material” by the language of the PIA.

Applying the reasoning of that opinion, discussion of an employee’s performance by a public entity does not constitute disclosure of a personnel record even if that discussion subsequently is reduced to a written performance review.

The distinction is reflected in the complementary language of the OMA and the PIA. There is no conflict between the statutes as Ruley suggests.

Under the OMA, a public body has the right but not the obligation to meet in closed session to discuss the “performance evaluation of an appointee, employee, or official over whom it has jurisdiction.” A public body is not precluded from commenting on an employee’s performance in public, nor should it be.

Under the PIA, once a performance evaluation is formalized and reduced to writing, however, it constitutes a confidential personnel record. The law is far more straightforward on this issue than Ruley makes it appear. 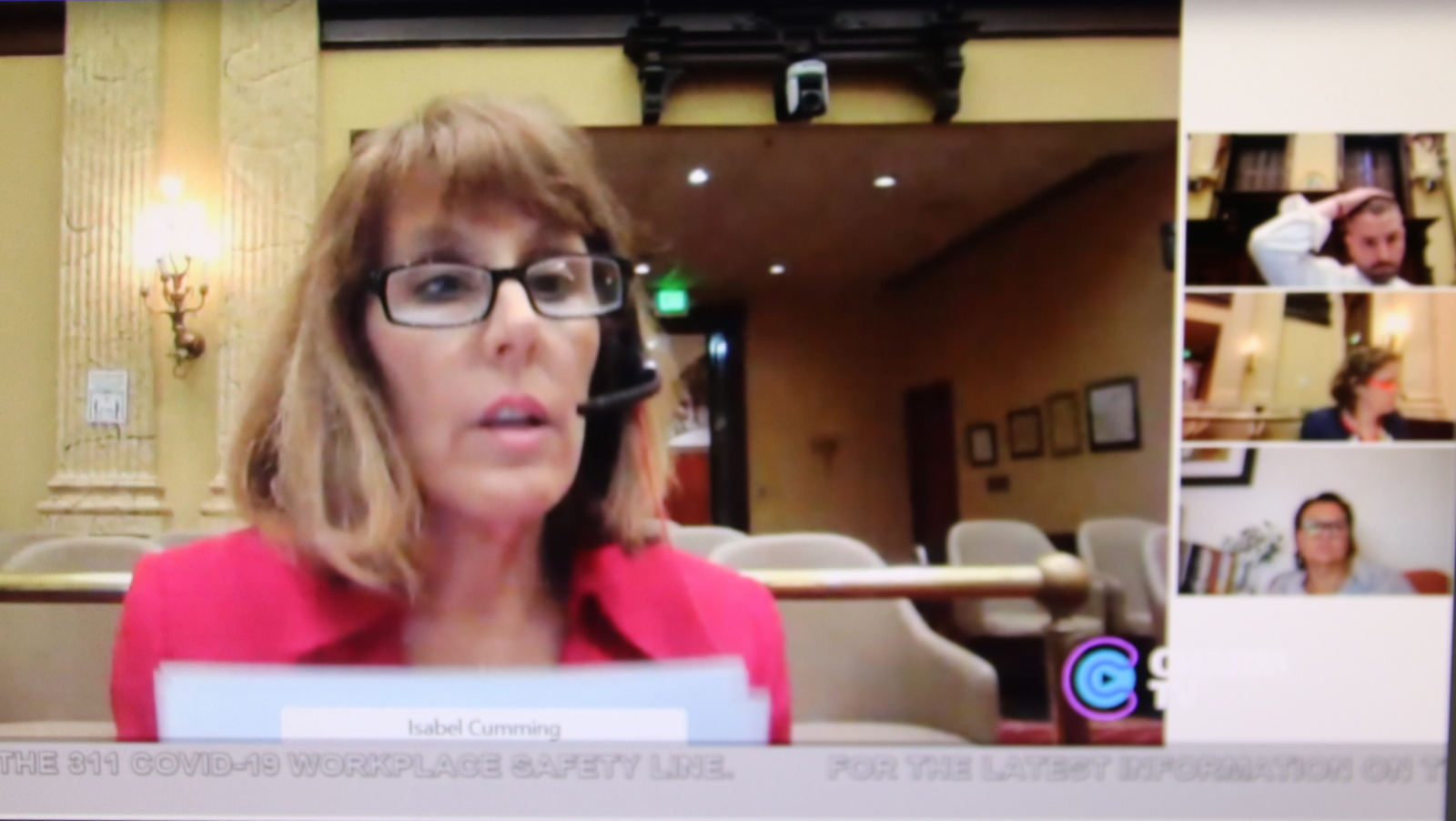 Let’s assume that Ruley is correct, and that discussion of Cumming’s performance by the board would be tantamount to disclosure of her personnel record.

Ruley’s opinion gives a board packed with political appointees an excuse to review the IG’s performance in private.

In Search of Political Cover

It’s painfully obvious that some members of the board prefer to act in secret without taking responsibility for the secrecy.

Ruley’s opinion gives an advisory board packed with political appointees an excuse to review Cumming’s performance in private.

It is painfully obvious that some members of the panel, afflicted by political cowardice, prefer to act in secret without taking responsibility for the secrecy.

There could not be a more damning indictment of the inner workings of Baltimore City Hall than the manner in which the annual performance review of the IG has been handled.

Mayor Brandon Scott pledged to city residents in his 2021 State of the City address that he would “work to regain your faith in government.”

• David A. Plymyer retired as Anne Arundel County Attorney in 2014 after 31 years in the county law office. He can be reached at dplymyer@comcast.net and Twitter @dplymyer.