In response to questions by The Brew about the city’s $18 million  helicopter contract, which will replace helicopters purchased a decade ago for $9.5 million, Comptroller Bill Henry called on the Police Department to explain the contract today to the Board of Estimates.

The discussion was strictly academic because the board had already approved the contract at its December 22, 2021 meeting.

Shallah Graham, BPD’s chief financial officer, described the circumstances of how the department wound up getting price quotes from a small Midwest helicopter supplier.

A “request for information” was sent out to more than 40 helicopter vendors over the summer, she said.

“Of that, only two vendors got back to us. One of the vendors had already gone through a competitive process through the Government Services Administration, which a law enforcement agency is allowed to pull down from. So that was the vendor selected, and, of course, that was the best price as well.”

• Cloaked in secrecy, the Baltimore Police helicopter contract sped through the city bureaucracy (1/15/22)

It submitted price quotes for three bigger and elaborately-equipped Airbus H125 helicopters, which will replace four police helicopters known as the “Foxtrot Four.”

“We are financing three helicopters. You might ask, well, you now have four helicopters, why are we only considering three? We want to be financially responsible. We know it’s tough times right now in the economy,” Graham said. 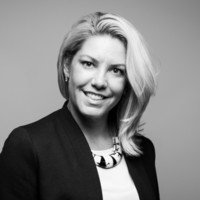 Because “we are now against the clock” – the oldest Foxtrot helicopter will reach the 12-year mark next November when federal aviation rules require a thorough inspection and potential overhaul – BPD acted even though it did not have all the money to finance the transaction.

“We now have half of the money in the budget. We are talking with the budget office about the [other] 50%. How we can add that to the budget for fiscal 2023,” she said.

Asked why the purchases were not earmarked in the police department’s FY22 budget, Graham said because the department will not have to make payments on the aircraft until FY23.

The city has amended its contract with Banc of America Public Capital Corp. – the successor to the city’s tarnished former master-lease lender, J.P. Grant – to finance the costs.

Debt service payments to Banc of America will add $2.2 million to the helicopter purchase price over the next 10 years. But that increase should be offset by the yet-unknown trade-in value of the current helicopters, Graham said.

Col. Kevin Jones, chief of patrol operations, called the Foxtrot fleet a “force multiplier” and “invaluable resource” that can do the work of hundreds of officers on the ground in the case of civil disturbances or natural disasters.

The current fleet has assisted in between 234 and 403 arrests a year in the 2015-18 period, according to police performance measures (see below).

Police Aviation Division’s performance matrix. The most recent police budgets do not include data for this division. (Bureau of the Budget)

The aerial unit also responded to 177 officer distress signals in 2021, he told the board.

“Where there are illicit discharges that can discolor the harbor, the air unit is able to help spot those so we can get crews out there” — DPW Deputy Director Matt Garbark.

Deputy Public Works Director Matt Garbark interjected that the unit “is instrumental in helping DPW with monitoring water main breaks and additional breaks that might happen in the vicinity we don’t necessarily see.

“And very importantly in an environmental setting, where there are illicit discharges that can discolor the harbor or other waterways,” he continued, “the air unit is able to help spot those so we can get crews out there and contact the Department of the Environment.”

Inflation a Root Cause

Mayor Brandon Scott did not comment at today’s meeting, but his press aide, Cal Harris, responded to Brew questions about his involvement in the helicopter contract.

Harris said that Scott and Chief Administrative Officer Christopher Shorter “both review the board agenda prior to BOE meetings with procurement and the proposing agency. Items of concern are removed for further discussion when necessary.”

The mayor had no problem with the helicopter contract going to Davenport because the company was awarded the federal General Services Administration contract. “Since the GSA contract was competitively bid and the price was less than Airbus, this was the vendor selected.”

Regarding the millions of dollars to be spent on state-of-the-art computer and flight technology, Harris said much of the cost has to do with inflation.

“The old helicopters were purchased in 2011, and the costs of goods and services have since increased,” he wrote. “To further illustrate this, even the new purchase has a price increase of 4% based on the year the helicopters are built.”