A hot tip came in from Baltimore’s Johns Hopkins School of Nursing:

Students and staff who frequent the building at the corner of Wolfe and McElderry streets were abuzz over the sudden absence of the beloved artifact, purchased by a Hopkins physician in 1921 and donated to the school.

Nightingale, a British statistician and social reformer often referred to as the founder of modern nursing, used the wheelchair toward the end of her life.

Equipped with two large wooden wheels and an upholstered seat, the chair had been on display in a conference room. About two weeks ago, it was moved to the third floor of the school’s $45 million new addition, according to Tammy Berwanger.

“Last I knew, that’s where it was,” said  a puzzled Berwanger, assistant dean of marketing and communications.

Observers told us the chair had vanished in recent days. Could it have been snatched? Or deemed inappropriate for the glassy, glittering new wing, added onto the Pinkard Building last fall?

Spotted by the President

Skeptical about motive and method (“I mean, how would anybody even get it out of there?”), Berwanger agreed to check the report out.

“You were right!” she said after an interval, assuring us that the chair’s whereabouts were no mystery.

It turns out that Johns Hopkins University President Ronald J. Daniels became aware of the chair’s condition (“the fabric on the seat is kind of messed up”) and ordered it removed for repairs, Berwanger explained. The job should be completed by April.

“President Daniels wanted us to refurbish it,” she said. “After it gets a facelift, it will be right back here with us.” 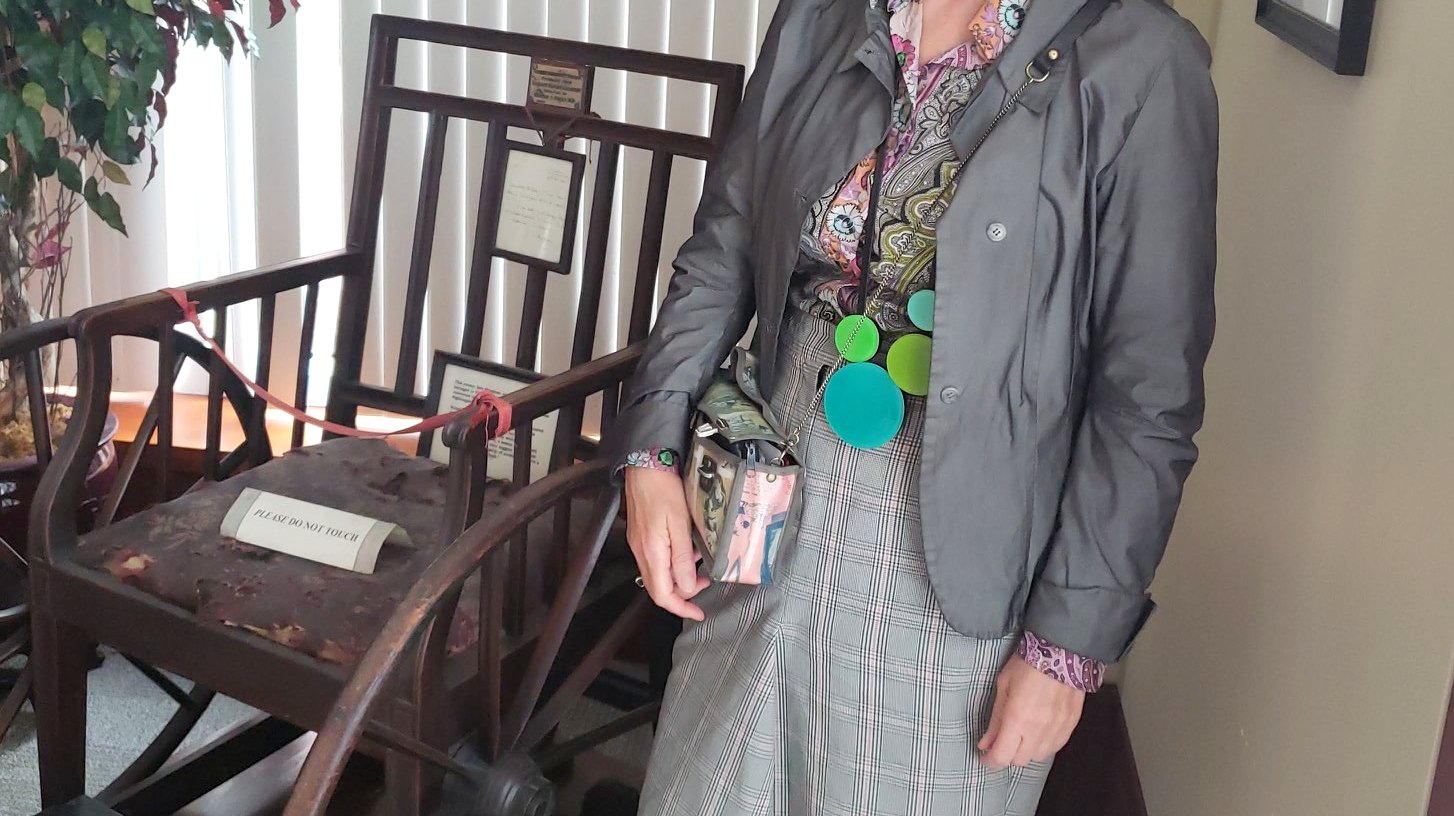