Over the last year, after it was reported that the FBI had served a subpoena on Nick Mosby at his City Hall office, his involvement in activities that sparked the criminal investigation of his wife, Baltimore State’s Attorney Marilyn Mosby, has been unclear.

Occupying the second highest elected post in city government (after the mayor), Mosby sets the legislative agenda as president of the City Council and chairs the Board of Estimates that approves hundreds of millions of dollars of contracts.

While his wife hired the bombastic A. Scott Bolden as her defense attorney, Mosby has responded to the federal investigation quietly.

State election filings show that he used $40,000 in campaign funds to retain a prominent D.C. tax lawyer, Caroline Ciraolo, while forming with his wife an online “Mosby Legal Defense Fund” whose contributors and disbursements have so far been kept hidden.

In regard to his official duties, Mosby is little seen by the public and, sources say, little heard from by government colleagues. Last week, for example, he did not attend Mayor Brandon Scott’s announcement of major city plans to tackle the vacant house issue.

“They fought for us! Let’s fight for them!” says the online Mosby Defense Fund, set up in response to the federal probe. (mosbydefensefund.com)

That’s all likely to change if the spotlight turns to him.

The most significant aspect of last week’s superseding indictment against Marilyn Mosby by the U.S. Attorney’s Office is how squarely it implicates Nick Mosby in her alleged scheme to secure a lower interest rate on a Florida vacation home.

Under a voter-approved charter amendment, the City Council now has the power to remove its president.

The revamped criminal charge raises significant questions, among them, whether Nick Mosby will be indicted.

The federal grand jury is still meeting, and there are many moving parts to the criminal probe.

Another question: Will the City Council opt to remove Mosby from office?

This step was made easier by a charter amendment approved by voters last November in the wake of former Mayor Catherine Pugh’s “Healthy Holly” scandal.

It allows the Council to remove its president by a three-fourths vote of members on charges brought by the Council, the mayor, the inspector general or a petition signed by 20% of qualified voters.

Mosby and his attorney, Ciraolo, did not respond to questions from The Brew.

The expanded Count 4 of the new indictment says that Marilyn Mosby was short of $4,656 needed to close on the half-million condominium she wanted to buy near Sarasota, Florida.

She allegedly told her mortgage company that her husband would be “gifting” her the needed $4,656 before settlement.

But Nick Mosby didn’t have enough funds in his personal checking account, the new indictment says.

So Marilyn allegedly wired $5,000 to him on February 12, 2021, well knowing that by the time of settlement she would have the proceeds from her next city paycheck to cover the $5,000.

(Marilyn Mosby was earning $18,267 a month as state’s attorney and had just withdrawn – illegally, according to Count 3 of the indictment – $50,000 from her city retirement account. Nick Mosby was grossing $10,600 a month as City Council president.)

Nick kicked into gear, according to the feds, moving the $5,000 from his checking account to his savings account.

Then he allegedly took $5,000 from his savings account and placed it back into his checking account before wiring the money to the escrow agent on February 17, or two days before the closing of his wife’s Sarasota condo. 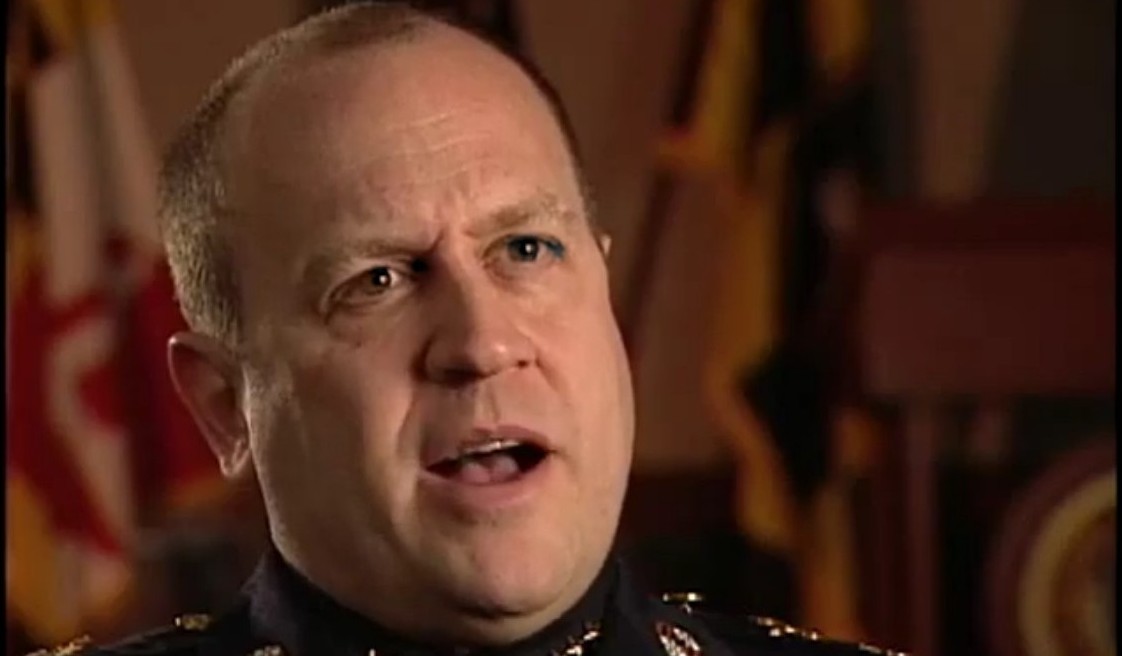 The superseding indictment does not specify who signed the letter saying the $5,000 was Nick’s gift – was it Marilyn alone or was it both of them?

In either case, the trail of cash, if proven in court, points to the same charge his wife faces – the felony offense of making a false statement on a loan application.

Federal prosecutors drilled down on this point, noting that “it is illegal for a person to make any false statement regarding income, assets, debt . . . In a loan or credit application for the purpose of influencing in any way the actions of a financial institution.”

In 2003, former Baltimore Police Commissioner Ed Norris was indicted by the U.S. Attorney for falsifying expense accounts and lying on a mortgage application.

Specifically, Norris said his father had gifted him $9,000 as a mortgage down payment when it was actually a loan.

Eventually, Norris pleaded guilty to abusing his expense account in exchange for the dropping of the mortgage charges. He was sentenced to six months in federal prison. 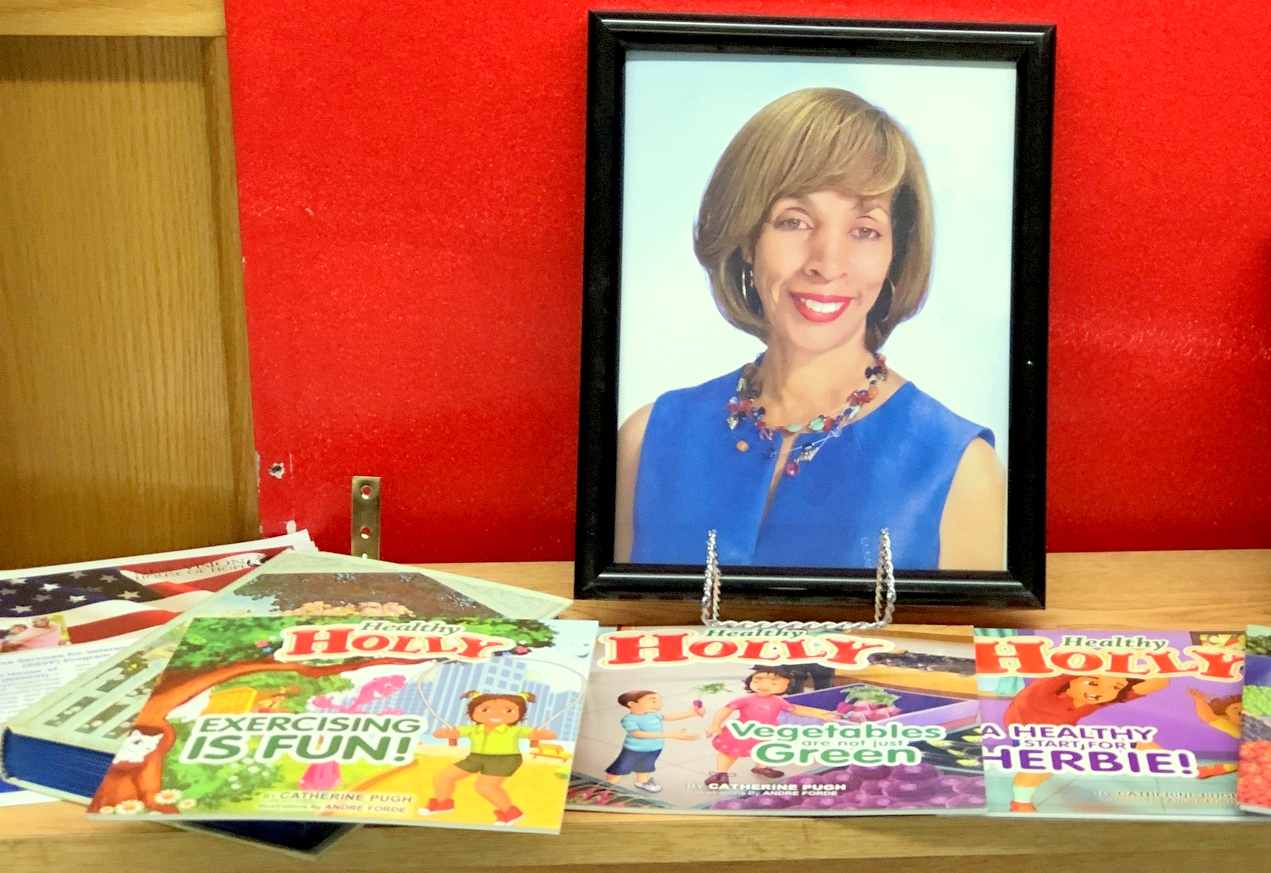 In 2019, the City Council demanded that Mayor Catherine Pugh resign in the best interests of the city. (Fern Shen)

In April 2019, the City Council unanimously called on Mayor Pugh to resign following media reports of her pocketing hundreds of thousands of dollars in dubious “Healthy Holly”children’s book sales.

Pugh had not yet been criminally charged, but lawmakers saw the evidence of wrongdoing as powerful and said resignation was in the best interests of the city.

“I still very much believe in due process and that investigations should be fully completed,” Councilman Kristerfer Burnett said then, “but at the same time this has become a complete distraction from the work.”

She was recently released from prison in Alabama after serving 18 months of a three-year sentence.

So far, there’s been no visible movement by local elected officials to address the new information contained in the indictment.

Tomorrow he is set to chair the BOE and approve multi-million-dollar contracts and Covid-related emergency procurements.

And next Monday he will preside over the City Council.

Meanwhile, his wife, who has not yet filed the paperwork but has strongly hinted at running for a third term as state’s attorney, is scheduled to go on trial on May 2.