Cathy A. Bevins did violate the Baltimore County Charter when she briefly moved out of her Eastside district last fall.

But she cannot be removed from her 6th District Council seat because the charter is vague about how to punish such an infraction, County Attorney James R. Benjamin Jr. wrote in an opinion issued after work hours on Friday.

While the charter requires council members to live in the district they represent or vacate their seats “forthwith,” Benjamin said “there does not appear to be legal precedent requiring the immediate removal of Councilwoman Bevins.”

Neither County Executive Johnny Olszewski Jr. nor the County Council under Chairman Julian L. Jones has the unilateral power to oust a council member (and neither has expressed a desire to do so since the controversy erupted).

In his long-awaited opinion, Benjamin cited as precedent Councilman Milton H. “Mickey” Miller, who in the 1960s represented the 2d District even after he had settled into a new home in Greenspring Valley, located in the 3rd District.

Mulling over the meaning of the term “forthwith,” Benjamin said that “it would seem that the temporary period Councilwoman Bevins was in violation of the charter. . . would not be enough to mandate that she immediately vacate her Council seat.”

However, “it may be helpful,” he suggested, for the Council or a future charter commission to clarify the law and establish enforcement provisions.

Bevins said she had gotten informal advice from the Council’s legislative counsel, Thomas H. Bostwick, that a member could move out of their district as long as they had resided in that district for two years prior to running for office.

That information was incorrect.

When Bevins discovered the mistake, she opted not to sell the new house, saying she’d take a big financial hit, but instead signed onto her son’s lease of a one-bedroom apartment in Middle River, claiming it as her primary residence.

Bevins now splits her time between the two domiciles, according to Benjamin.

During four nights a week, she sleeps at the apartment (she “possesses a key for access to the space and receives mail at the apartment,” Benjamin notes), and spends the rest of her time at the Perry Hall house where her husband lives.

And all the while, she has “performed her day-to-day work conducting legislative business and providing continuous representation and service for her constituents in District 6,” Benjamin writes. 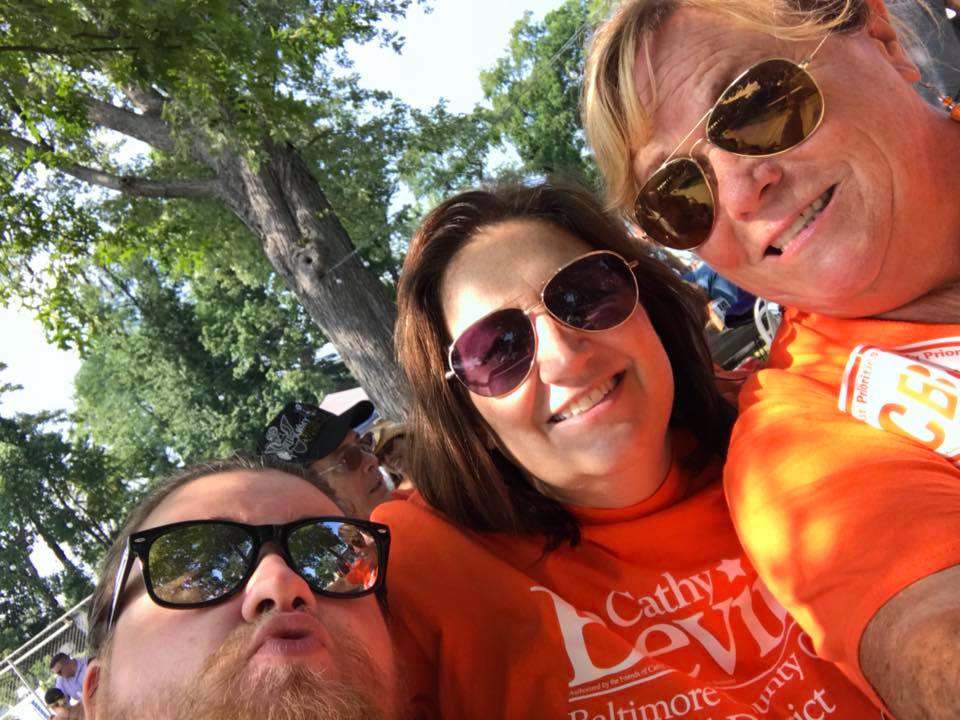 Earlier Flap with the IG

Last month, the Democratic incumbent announced she would not run for a fourth term.

She said publicity over her residency – and her very public attack on Madigan following an IG report detailing $30,000 in unauthorized Ag Center purchases by Bevin’s campaign treasurer, William “Chris” McCollum – did not play a role in her decision.

The 63-year-old said she is having health challenges and was also tired of being “attacked” on social media.

According to her 2022 finance report, she has $83,978 left in campaign funds, much of it raised in large ($2,000-plus) contributions from county developers, contractors and other business interests.

While McCollum was forced to resign from his county post last June, he remains the treasurer of Friends of Cathy Bevins and the Baltimore County Victory Slate, the financing vehicle of former County Executive Jim Smith that helped bankroll both Bevins’ and Johnny Olszewski’s prior campaigns.