After conducting more sampling near Baltimore’s troubled Back River Waste Water Treatment Plant, the Maryland Department of the Environment has found high bacteria levels, prompting them to issue today a public health advisory warning people not to come into contact with the river.

“Due to contaminants in Back River that can cause illness,” MDE said in a press release issued today, the following warnings are in effect for the Baltimore County waterway:

• Do not drink stream water.

• Do not swim or wade in the water.

• Always wash your hands thoroughly with soap and water before eating.

• If you accidentally touch the water, wash with soap and water as soon as possible.

• If you have open wounds or sores that come in contact with stream water, talk with your healthcare provider.

• If water contact cannot be avoided, cover any open wounds or sores with waterproof bandages.

The advisory was issued in consultation with the Baltimore County Department of Health and Baltimore City.

The County Health Department has posted signage at Cox’s Point Park across the river from the treatment plant. The advisory will remain in effect until further notice. 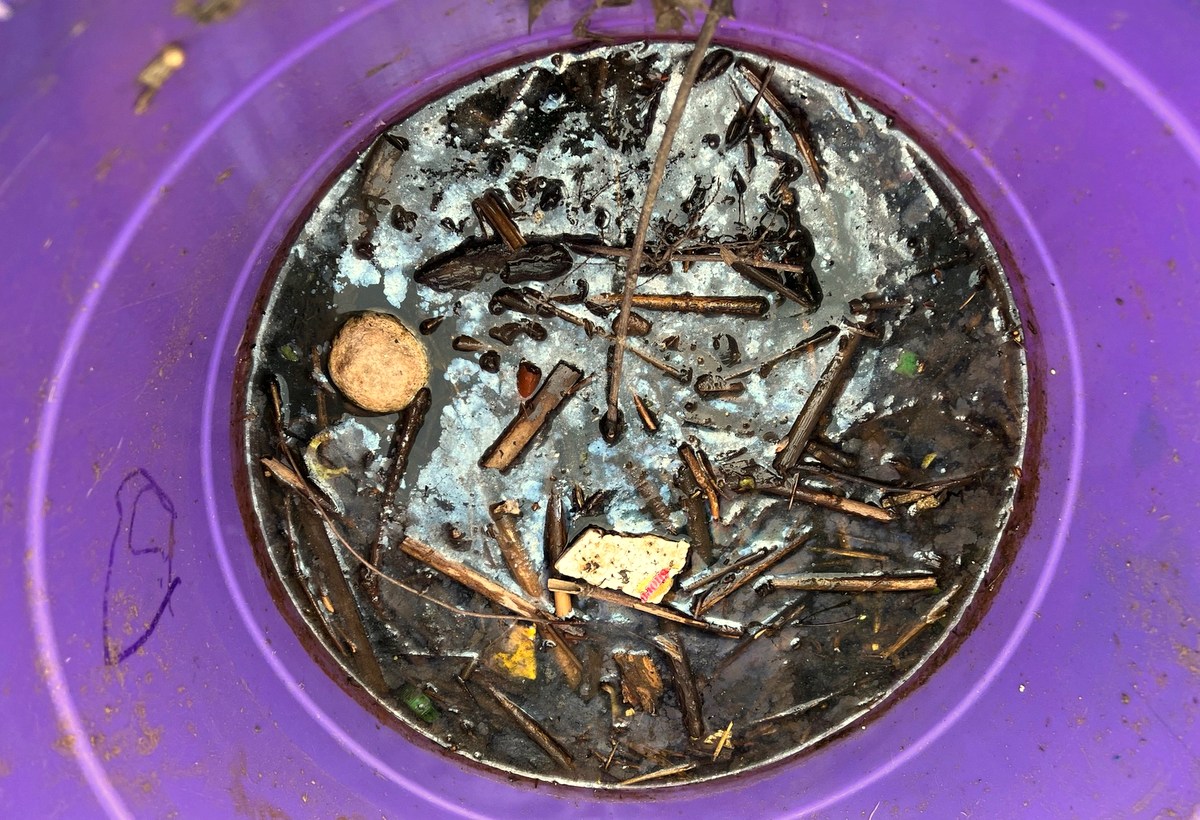 Sample from near the sewage plant outfall, taken by the volunteers from the Back River Restoration Committee last week. (Mark Reutter)

Today’s posted warning comes after a watchdog group complained to state officials about the smelly effluent coming from the plant, which discharges treated wastewater from the Department of Public Works’ customers in Baltimore city and county.

The Brew went with volunteers from the group – the Back River Restoration Committee (BRRC) – last Saturday (4/16) and observed orange-and-brown gelatinous material that smelled fecal at the outfall at Cox’s Point.

Responding to reports from BRRC, state officials conducted sampling the next day at the same spot. What they found proved to be high bacteria levels consistent consistent with partially-treated sewage, confirming Brew reporting.

Today’s release said the agency “is aware of independent water sampling in the Back River showing elevated bacteria levels both upstream and downstream.”

MDE began weekly sampling on Tuesday (4/19), collecting samples from the river and at the end of the treatment plant outfall, according to the agency’s announcement.

The environmental watchdog Blue Water Baltimore today applauded MDE for posting the warnings, but pointed out that they, in coordination with the Back River Restoration Committee, have been sharing concerning data with the agency “for the past four months.”

Samples taken downstream from the plant, the group said, “show intermittent spikes in bacteria levels far above the safe limit for human contact – in some instances over 180 times the threshold.”

Angela Haren, senior attorney at Chesapeake Legal Alliance, said the postings at Back River are “a great first step,” but added that similar warnings “are urgently needed at areas around the Baltimore Harbor where people recreate and fecal bacteria levels often fluctuate well above the safe limit.”

Fecal bacteria can pose a significant risk to human health. High levels of fecal bacteria are an indicator for waterborne pathogens such as Staphylococcus, Hepatitis A, Cryptosporidium, and West Nile Virus, among other microorganisms that can cause gastrointestinal illness and skin and eye infections.

Last month, spurred by the Restoration Committee and Blue Water Baltimore’s reports of dead fish and “volcanoes of black stuff” in the river, as one community member put it, MDE assumed control of the treatment plant from Baltimore City.

The state takeover was meant to avert a “catastrophic failure” that could place public health in jeopardy, said MDE Secretary Ben Grumbles said at the time.

MDE took over the plant last month, citing a precipitous decline in its ability to treat the 120 million gallons of wastewater that pass through its mechanical and biological processes every day.

About 400 city employees are now under the supervision of Maryland Environmental Service, a quasi-public agency.

Staffers report a turbulent management reshuffling underway at the Dundalk facility. Since the takeover, for example, Elizabeth “Betty” Jacobs has been replaced as plant manager by Ronald Turner, sources tell The Brew. 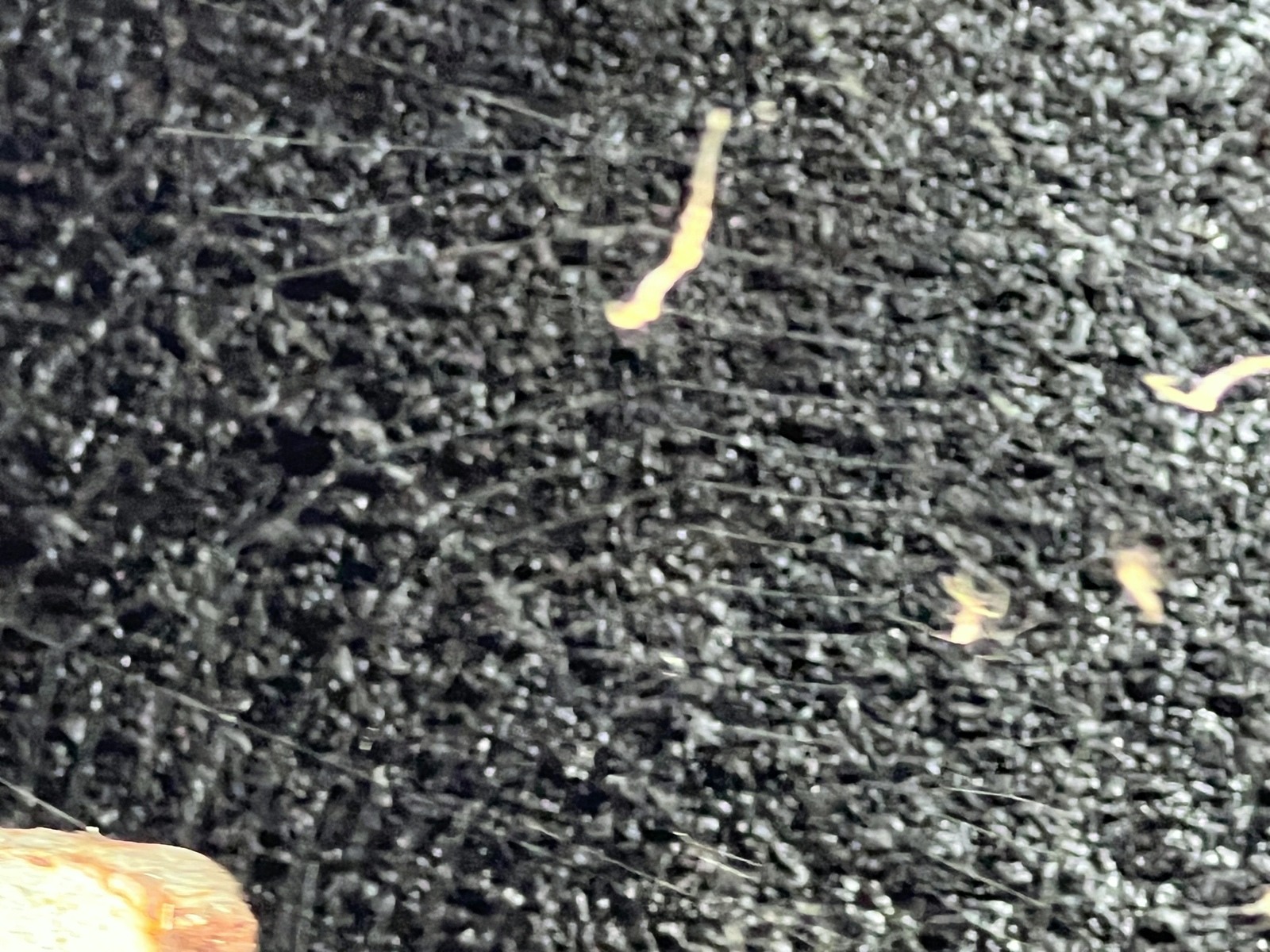 Closeup of the surface of the effluent coming from the treatment plant on April 16. (Mark Reutter)

Today’s release included the following description of what MDE says is going on at the facility:

MES is making steady progress in bringing the technical and operational resources that will help Baltimore City more efficiently treat wastewater. Eleven MES licensed operators, supplementing existing city staff, are working in three shifts to allow for 24-hour coverage of the facility. MES’ maintenance activities include identifying issues, problem areas, potential safety concerns and the repairing or replacing of numerous pumps, motors and controls around the plant. Maintenance is also working with vendors to speed up the procurement process and update old failing equipment. MES is also cleaning and repairing two primary settling tanks and cleaning two digesters and bringing in additional meters and lab equipment to enhance the process control lab – the brains of the treatment system.

Baltimore City is working to bring the remaining primary settling tanks into operation and has cleared vegetation and debris from two gravity sludge thickener tanks. The city has also restarted an important solids handling process that will reduce the amount of solids in the plant. The new headworks project, completed last year, has mitigated the impact of rainfall-induced higher flows by utilizing two new equalization tanks for temporary storage. Finally, MES and Baltimore City are collaborating on an operator training program that will add to the current 27 permanently licensed city operators while developing the next generation of wastewater treatment professionals.