Last night, a Baltimore man did what city residents have been doing consistently in recent years when they testify at the annual Taxpayers’ Night:

Plead with officials to shift funding away from the police department and toward other purposes, while acknowledging that their effort, at this stage in the budget cycle, is futile.

“In October of this past year, I had a gun put to my head in West Baltimore,” the Reisterstown Station man said. “I was robbed for everything I had, down to my shoes and my socks.”

“Originally, I was upset with the guys who robbed me,” Shaq continued. “Then I thought, ‘Well, maybe these guys needed housing, but we live in a city that, for every dollar that’s spent on police, we only spend 15 cents on housing.’”

He had the same thought about the even slimmer piece of the budget pie spent on substance abuse, mental health problems, lack of job opportunities – other factors possibly behind the armed robbery he experienced.

“Policing does not make us safer,” he said. “Those guys that robbed me – the police came after the fact.” 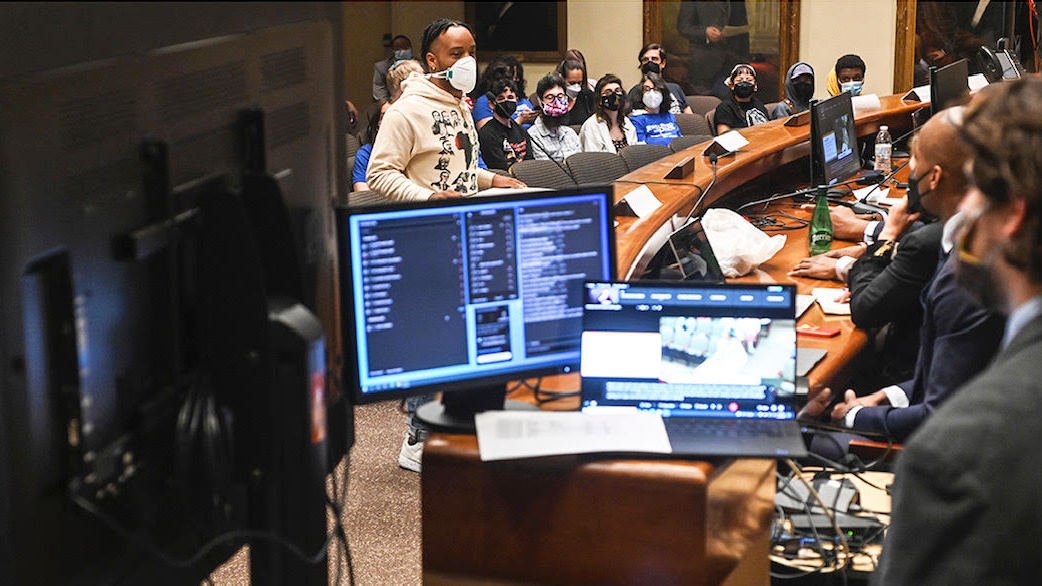 His message was echoed by nearly every speaker at the two-hour event, the last opportunity for citizens to speak out on Mayor Brandon Scott’s proposed $4.1 billion budget before the City Council takes it up next month.

The spending plan increases the allocation for police by $5 million, bringing the BPD’s budget to more than $560 million.

Many speakers voiced their support for the $100 million cut in the police budget demanded by Organizing Black and the coalition group Campaign for Justice, Safety and Jobs.

Instead, they called for:

• $30 million to a public safety trust fund governed by a participatory budgeting process.

Tammy, from the Ridgely’s Delight neighborhood, told Council members that police remain too involved in quality-of-life issues, despite the availability of multiple resources better suited to dealing with them.

She told the story of an acquaintance whose son was having a mental health crisis and was assaulting her. But when the friend called a crisis response line, she was told there was no mental health responder available.

“She declined a police response because she did not want her son to go to prison,” Tammy said, bemoaning that “there is little infrastructure to connect people with the help they need.” 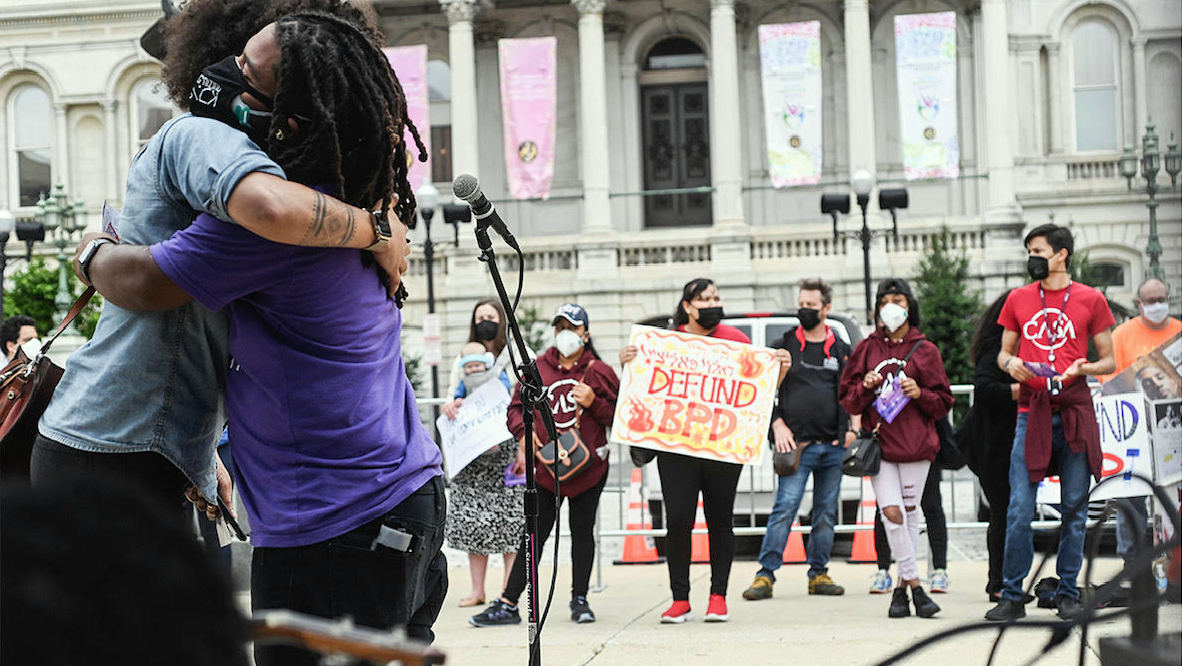 “Not getting our money’s worth”

The debate over the police budget is playing out against the backdrop of another bloody year in Baltimore. The recent spate of violence includes the death of a pregnant woman and the child’s father and the killing of a teenager after his junior prom.

Adding a political element to the the issue, a group of six Council members, allies of Council President Nick Mosby, recently criticized the city’s response to the bloodshed and called for Scott’s police commissioner, Michael Harrison, to submit a short-term crime plan.

Several speakers last night argued that the persistence of crime and violence shows that boosting BPD spending is a failing strategy,

“If spending on police made us safer, then Baltimore would be one of the safest places in the United States,” stated Terry Fitzgerald of Mt. Washington. 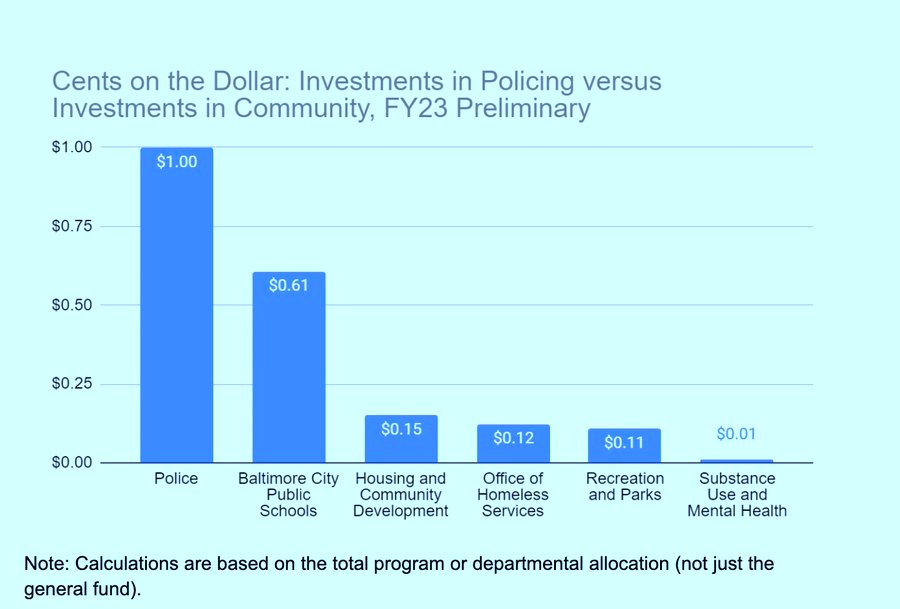 Police versus other spending in the proposed FY23 Baltimore budget. (Chart by Communities United)

To curtail the violence plaguing the city, Rabbi Ruth Smith, of Jews United for Justice advised looking at its root cause.

“The real question is, why is there so much shooting?” she said. “I believe it is because of a lack of opportunity and despair for the future.”

As always, the event gave residents a rare opportunity to voice their concerns directly to lawmakers.

Issues raised ranged from basement sewage backups and the polluting Back River Wastewater Treatment Plant to the disappearance of neighborhood pools and rec centers and the lack of commitment to support the arts community.

Several people from the Poppleton neighborhood in West Baltimore showed up to decry the city’s acquisition via eminent domain of occupied housing to accommodate a New York developer’s long-stalled project.

Sonia Eaddy, who has been fighting efforts to take her home on North Carrollton Avenue, connected her issue with the evening’s theme of public safety.

“We are more afraid to walk through them – these neighborhoods we didn’t used to be afraid of – because you have all this vacant land that the city now owns,” Eaddy said.

Patricia Nickerson, another Poppleton resident, chided the Council for ignoring longtime residents like her.

“The only time people come into these neighborhoods is to get us to vote for them,” Nickerson said.

Once the election is over, “they fizzle out like Alka-Seltzer Plus.”