Every year as part of the Baltimore budget process, the head of each department troops over to City Hall and stands before the City Council to defend their budget.

But last week, when the sheriff’s office’s turn came, only a major and a captain were on hand to respond to questions from the Council, including tough ones about eviction procedures that tenants say are unnecessarily cruel and unconstitutional.

Eviction notices are not being left on peoples’ doors, but in some cases in mail rooms or other building entrances, tenant advocates have reported. Tenants calling the sheriff’s office to find out their eviction dates are being told to call elsewhere.

The upshot for tenants, they say, could be disastrous – not knowing the status of their case until it is too late to do anything about it.

“Where is the sheriff?” asked Councilman Mark Conway, who chaired the June 6 hearing.

Conway chided Gruzs (“It’s very, very uncommon for the agency head not to make it to these meetings”), but let the meeting continue, only to stop it after members found it difficult getting their questions answered.

“I’m not sure we can really get into some of these conversations without the sheriff actually in attendance,” Conway said.

The very next night, Sheriff John W. Anderson did manage to attend a gathering out in the public eye – a fundraiser for his re-election campaign held at the Mt. Washington Tavern.

Seeking his 9th term in office (Anderson was first appointed sheriff in 1989 by then-Gov. William Donald Schaefer), he was shown in since-deleted social media photos seated at the restaurant.

The 75-year-old received well wishes from supporters and a throng of his own employees. 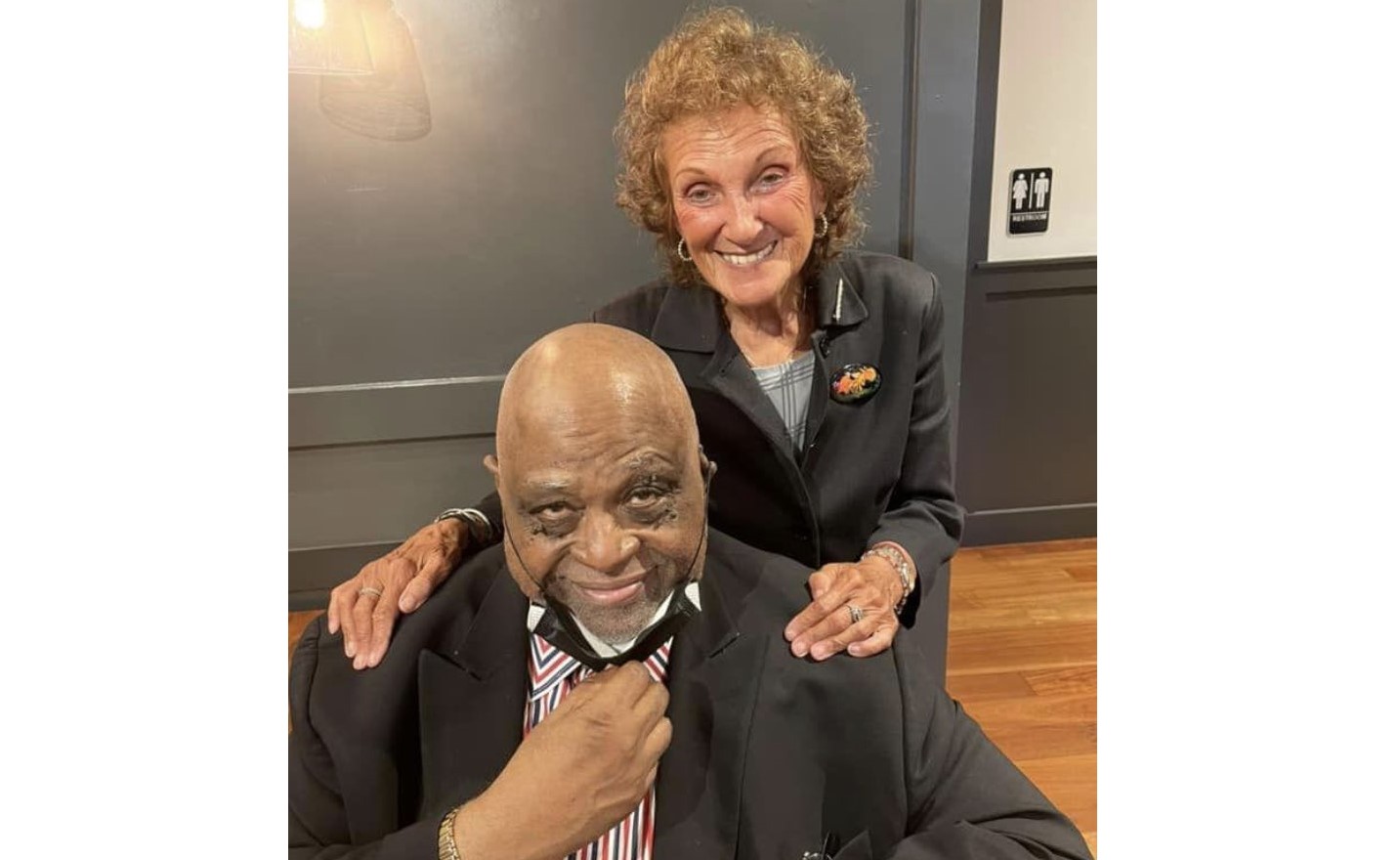 Former Councilwoman Rikki Spector with Sheriff John Anderson at his June 7 fundraiser. BELOW: Jason Grusz, Ed Norris and other guests at the event. (Facebook) 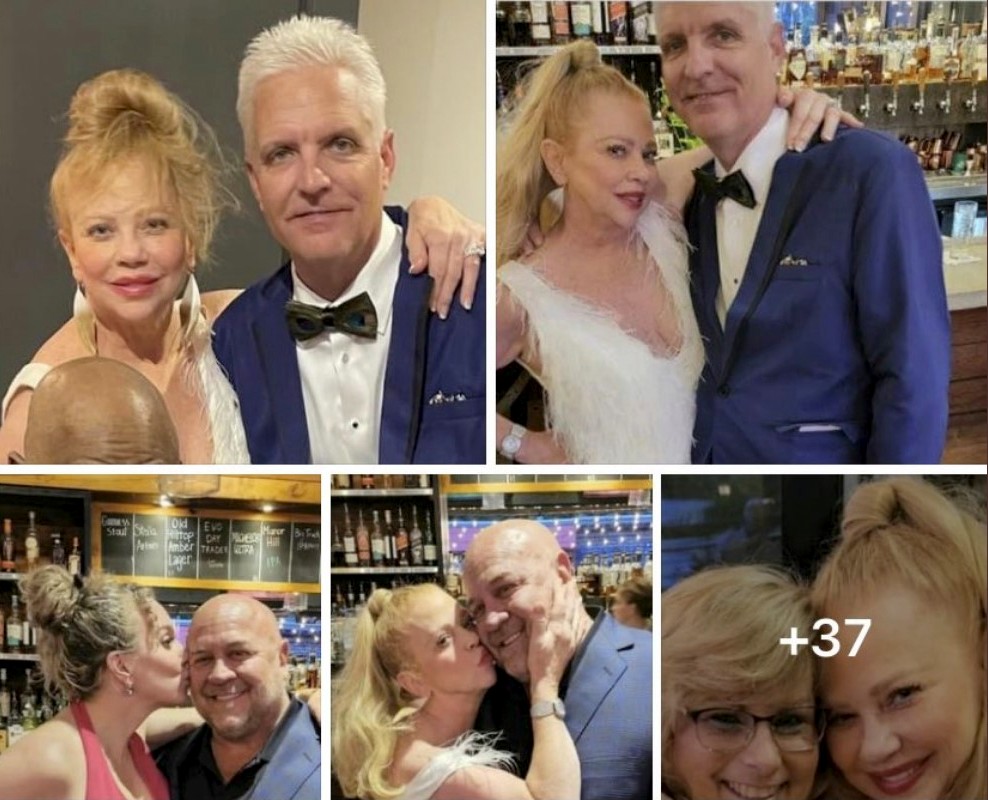 Anderson told Fox45  yesterday that the reason he didn’t show up for the budget hearing was because he tested positive for Covid-19 and was quarantining.

Asked how was he able to attend the fundraiser the following day, Anderson said the quarantine period had passed.

The Brew reached out to Anderson to get his explanation for that no-show and for a second one this week. He has not responded.

At the end of the suspended June 6 hearing, Councilman Eric Costello declared that Anderson would be asked to appear on another day.

According to knowledgeable City Hall sources, that day was yesterday, June 14. But Anderson again did not appear. 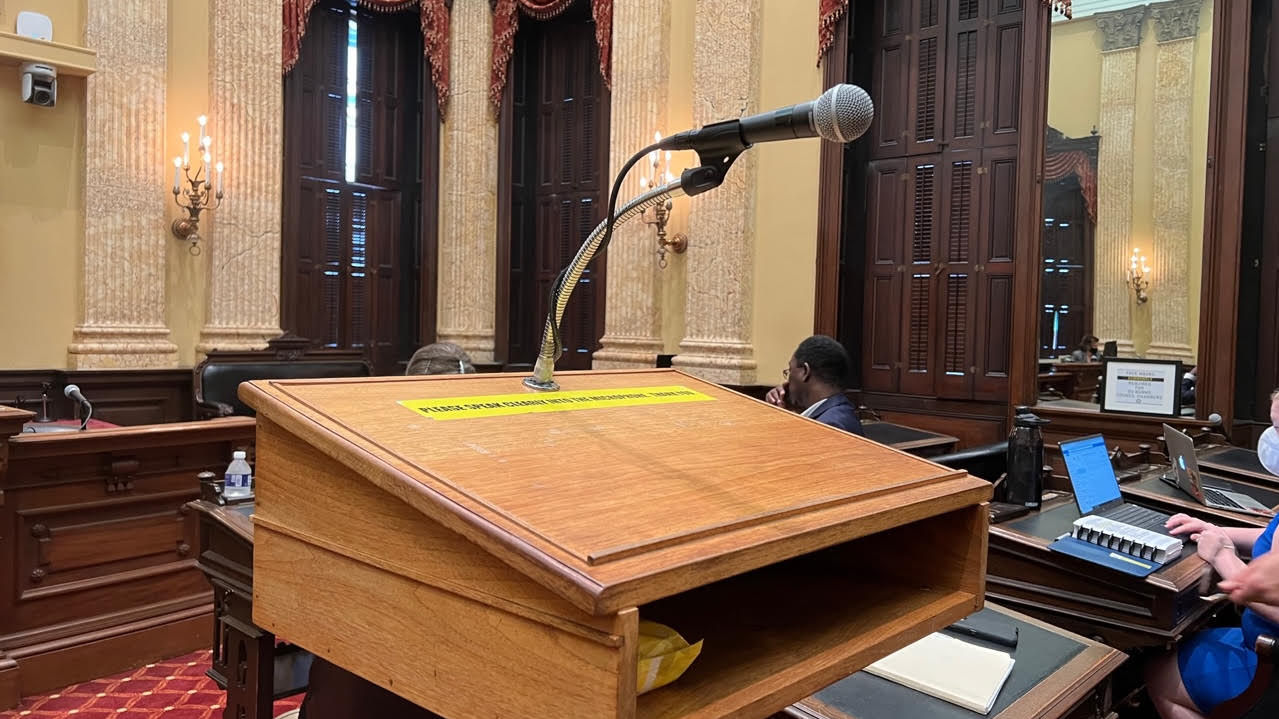 Empty lectern at the Council chambers on June 14. Sources said Sheriff John Anderson had been scheduled to appear that morning, but opted out for undisclosed reasons. (Mark Reutter)

The spotlight has recently turned on the veteran sheriff because he faces an active opponent in the July 19 Democratic primary, one of his former deputies, Sam Cogen.

While Council members this year expressed disapproval over Anderson’s failure to appear, he hasn’t testified at a City Council budget hearing for the last dozen years.

A source says that Bernard C. “Jack” Young, the former Council president and a political ally of Anderson, was responsible for letting him slide.

Yesterday, Cogen tweeted a montage of screenshots of himself appearing in Anderson’s place, presenting the sheriff’s budget to the Council in 2018, 2019, 2020 and 2021. 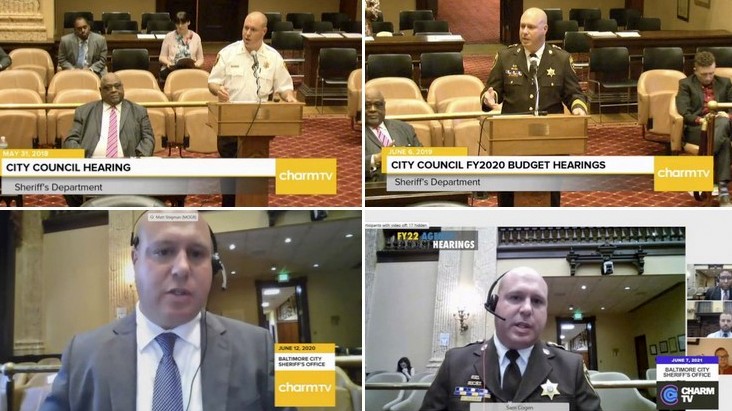 Another reason the sheriff’s office is attracting attention is the increasing pressure it faces from advocates for renters.

Tenants at the CopyCat building, who have been challenging evictions by their landlord in court, say eviction notices are not being properly placed on residents’ doors.

By the time one tenant learned of a notice placed on an outside door to the multi-unit building, “half the paperwork was blank,” said Indigo Null, a member of the CopyCat and Annex Tenants Union that is challenging the evictions at the artists’ live-work space.

“This is a regular practice. A landlord wins by default if the tenant doesn’t show up and the person is evicted. The sheriff’s office is helping them do this,” Null said, explaining that tenants either miss notification of the eviction altogether or find out at the last minute that they are being put out.

“All we want to do is give people a fair opportunity to fight for their right to stay in their home”  – tenant advocate Roger Evans Jr.

Another tenant advocate who agreed to speak with The Brew, Anneke Dunbar-Gronke of the Lawyers’ Committee for Civil Rights Under Law, said the way sheriff’s deputies handle evictions lacks due process and is unconstitutional.

People who call asking their eviction date are being told by the sheriff’s office to call elsewhere, including non-governmental advocacy groups like the Public Justice Center, the advocates say.

These practices have traumatized people across the city, said Roger Evans Jr., a tenant organizer with the Ujima People’s Progress Party.

“In a lot of cases, people have scraped up the money for rent,” but aren’t able to pay because of procedural roadblocks and lack of due process, Evans said.

“All we want to do is give people a fair opportunity to fight for their right to stay in their home.”

He and other members of the Baltimore Renters United coalition are calling on the City Council to send a message by cutting the sheriff’s office budget by 50%.

Null said Anderson’s failure to appear before the Council shows that he is confident that he won’t lose the $25 million budgeted for his office in fiscal 2023.

He recalled a January Council hearing in which the sheriff’s office was presented with an opinion from the state Attorney General’s Office “that made clear that an eviction notice must be put on individual unit’s door.”

“Since then, has the sheriff’s office changed its practice?” Dorsey asked.

“No sir. I told you we had to consult with the attorney general,” Grosz said, noting that the opinion was issued many years ago.

“The opinions of the Attorney General’s Office don’t just lapse,” Dorsey shot back.

Dorsey then raised the issue of tenants being told to contact other agencies or the Public Justice Center to find out their eviction date. Kim appeared to at first to acknowledge the allegation and then contradicted it.

“It’s repeatedly reported to us that people who are calling and asking when their eviction dates are happening are being told by the sheriff to go ask somebody else, not the sheriff’s office,” Dorsey said.

At that point, Conway ended the hearing.

Anderson is now scheduled to appear before the Council on June 21 at 10 a.m., according to Costello.