At a house across the street, a scorched flagpole was all that remained in the spot where a Pride flag was also torched, apparently during those same hours when the houses were set ablaze.

City Councilwoman Odette Ramos – who lives one block over from where the fire broke out – was on the scene today, talking to neighbors and the workers going in and out of the charred structures in the 300 block of East 31st Street.

“People are really, really upset,” said Ramos, who met last night with community members in an impromptu gathering at the Peabody Heights Brewery.

The federal Bureau of Alcohol, Tobacco, Firearms and Explosives is now in charge of the investigation, working with the Baltimore City Fire Department, Ramos said.

Three people who were injured in the fire were taken to the hospital; two have been discharged and one remains under observation, she said.

According to the fire department, the fire was intentionally set, but the motive remains under investigation.

“It’s not for sure that it’s a hate crime, but it sure feels like it,” the 14th District representative said. 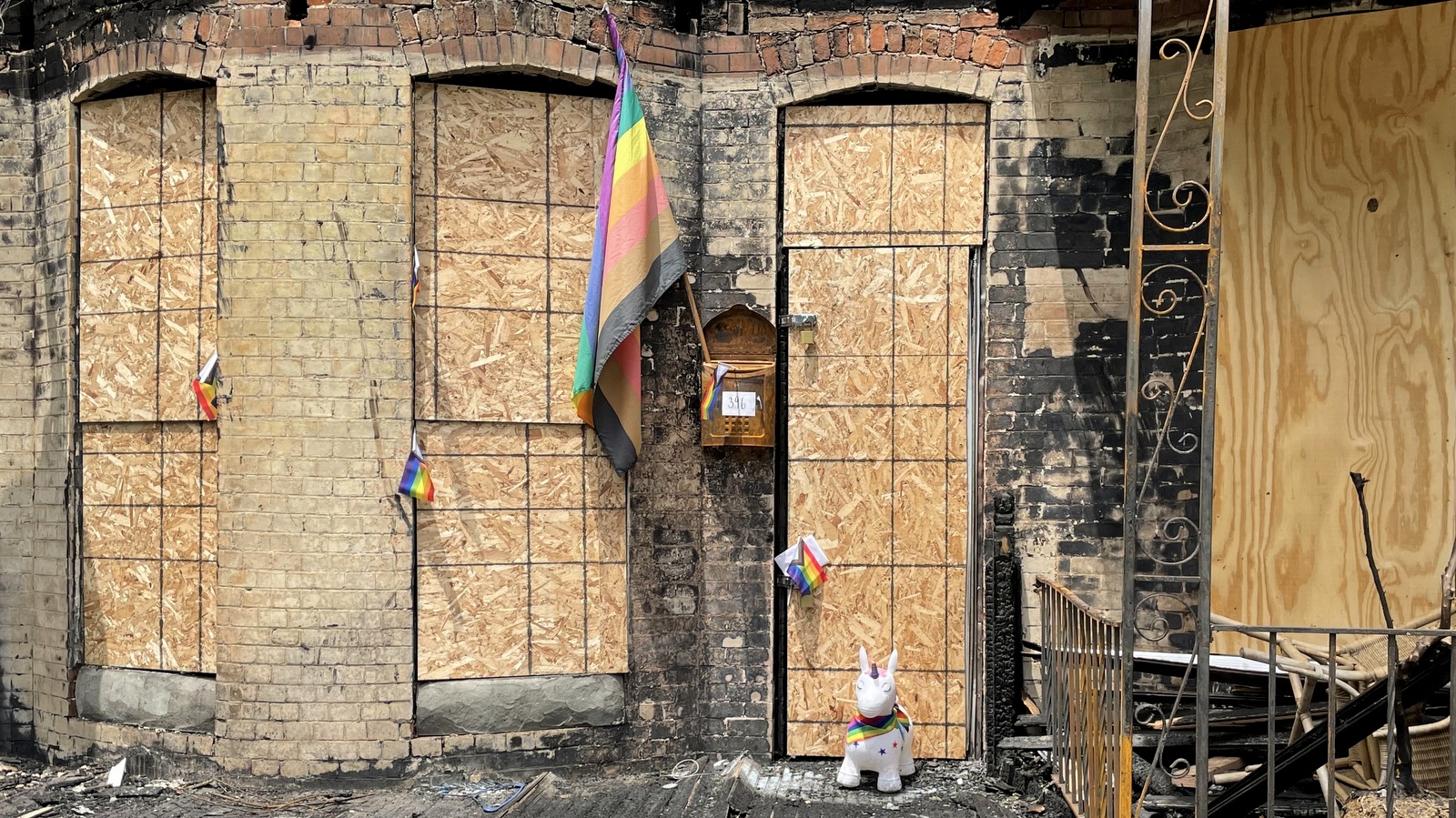 One of the houses that was burned had displayed Pride flags. Flags were back on display today. (Fern Shen)

A neighbor who lives on the other side of 31st Street, Dan Walker, said he was awakened Wednesday morning by what sounded like someone smashing bottles.

Fire and police officials responded to the fire at approximately 4:30 a.m. and got it under control by about 4:56 a.m, according to a release from Mayor Brandon Scott’s office.

But responders didn’t realize the possible anti-LGBTQ motive until a police officer noticed that a Pride flag hanging from a house across the street had also been burned, Walker said.

“That’s what clued them in that something else was going on,” Walker recalled. “That’s when the crime scene tape went up and this became something else.” 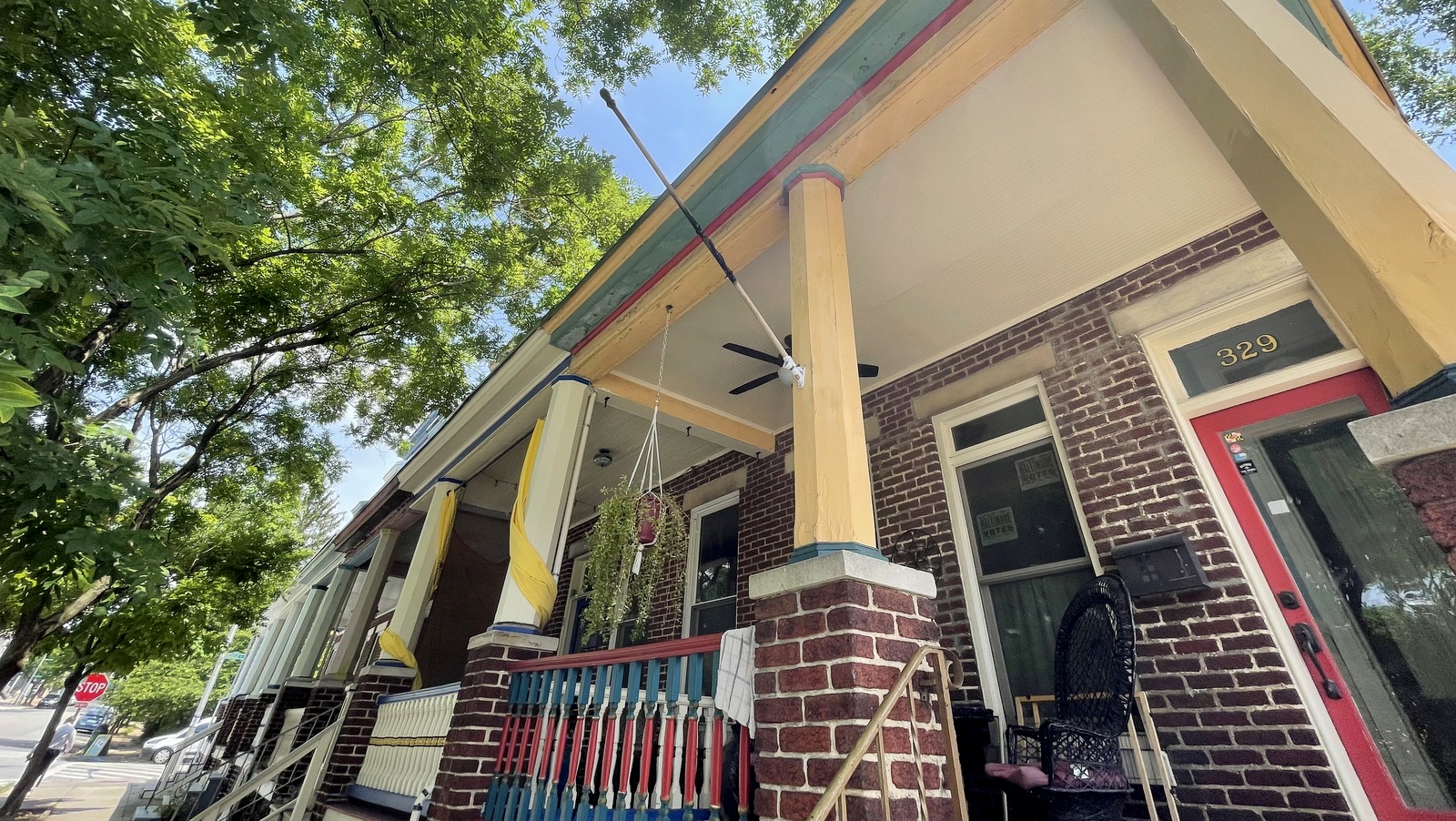 Flagpole where a Pride flag was torched across from the houses burned on East 31st Street. (Fern Shen)

Ramos said she has been receiving a lot of tips and passing them along to the authorities.

She noted that, although there were apparently no security cameras in the leafy block where the fire occurred, nearby properties, including a church, have provided investigators with evidence.

“A security camera caught a good amount of footage,” she said.

Other fires that took place in the area the same night are also part of the investigation, she said, citing one in a dumpster at Greenmount Avenue and 30th Street and a car fire in the 2600 block of Mathews Street.

Walker and Ramos said residents are eager to help the displaced families.

“People want to do something,” she said, noting discussions are underway about a possible GoFundMe page or other fundraising or food assistance sites.

But they also want to stand in solidarity with their neighbors, horrified at the possibility of a hate crime in one of the most gay-friendly parts of Baltimore.

“This was the first neighborhood where LGBT people could feel safe and comfortable living – and we’re going to make sure it stays that way,” she said, explaining that community members have made Pride flags available to their neighbors who plan to display them in a show of support. 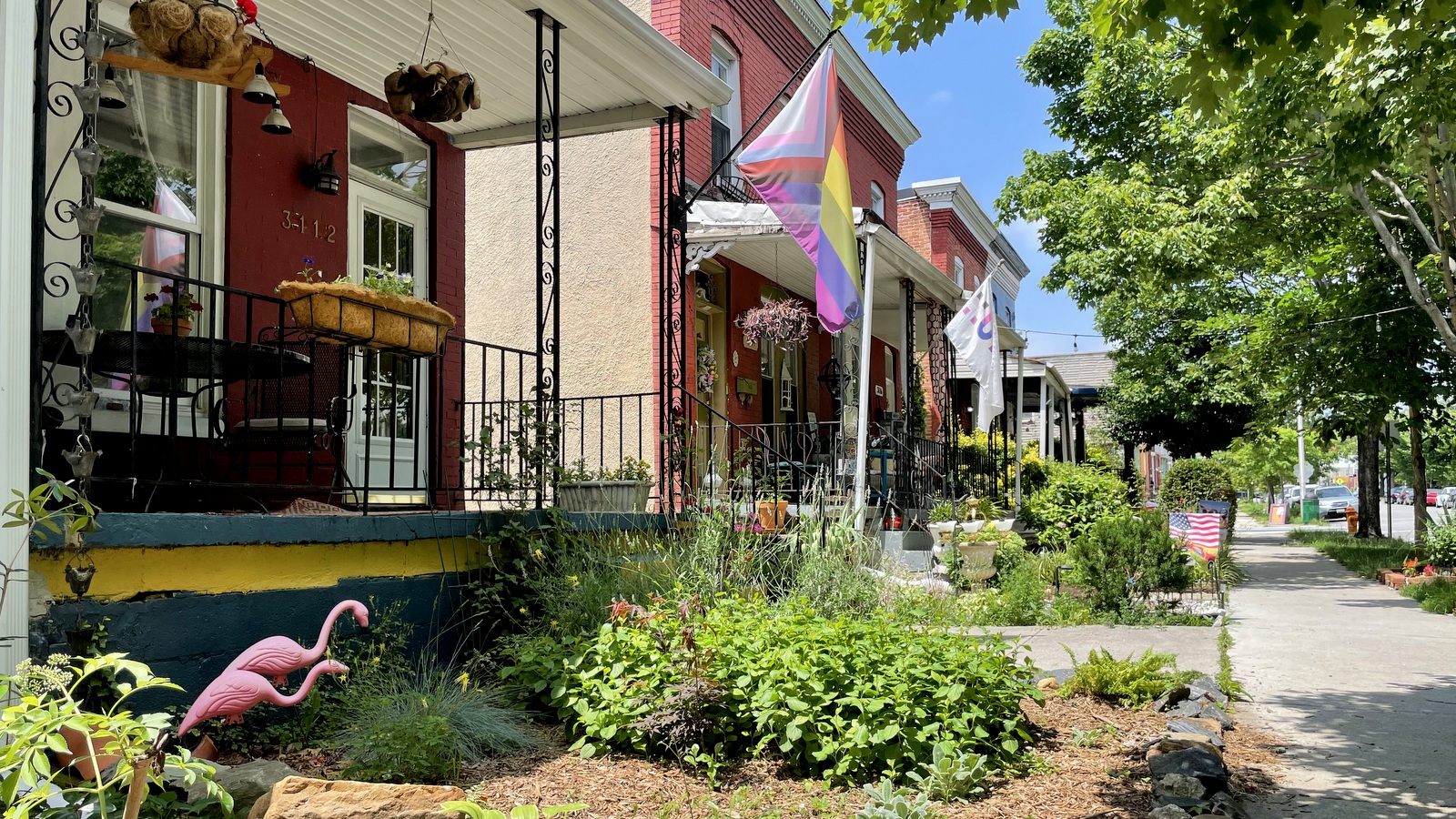