This year’s Pride parade was forming up in North Baltimore, and Abbi James was standing with friends, gulping water, applying extra sunscreen and getting ready yesterday to march with the surging crowd around her.

James always tries to support the annual event celebrating LGBTQ+ rights and resilience, but this year she says it’s especially important to participate.

The day before, she pointed out, the U.S. Supreme Court overturned the 1973 Roe V. Wade decision guaranteeing abortion rights, and in a concurring opinion, Supreme Court Justice Clarence Thomas had said access to contraception and gay marriage should be “reconsidered,” too.

“They’re coming for us. No question,” the 26-year-old Mount Vernon resident said. “Look at what happened right here with those fires.”

James was referring to the early morning fire last week in Baltimore’s Abell neighborhood that damaged four homes and sent three people to the hospital.

The incident, which also involved the burning of a Pride flag across the street from the burned houses and other fires in the area that night, remains under investigation by federal officials as a potential hate crime.

“We need to be out here now more than ever. But we are here,” James said, gesturing to the people around her in rainbow striped shirts, shorts, capes and hats, waving Pride flags and signs. 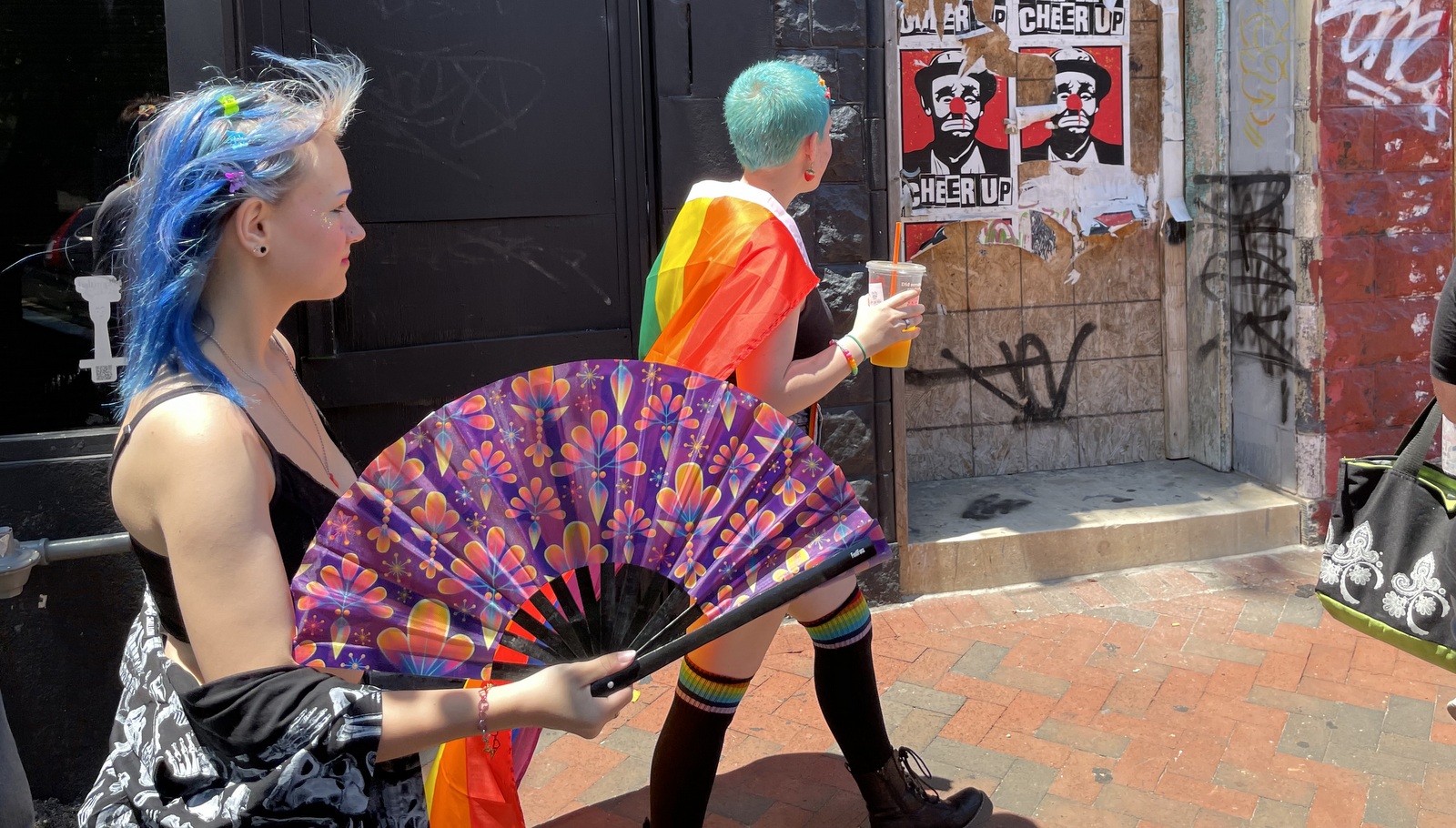 Held on a sunny and warm June day, the celebration drew thousands and included a block party with vendors, DJs and performers.

An extra reason for cheer was the fact that the parade, organized for decades by the city’s gay community, was returning as an in-person event after a two-year hiatus for the Covid-19 pandemic.

#TOGETHERAGAIN was the chosen hashtag for this year’s Pride activities. 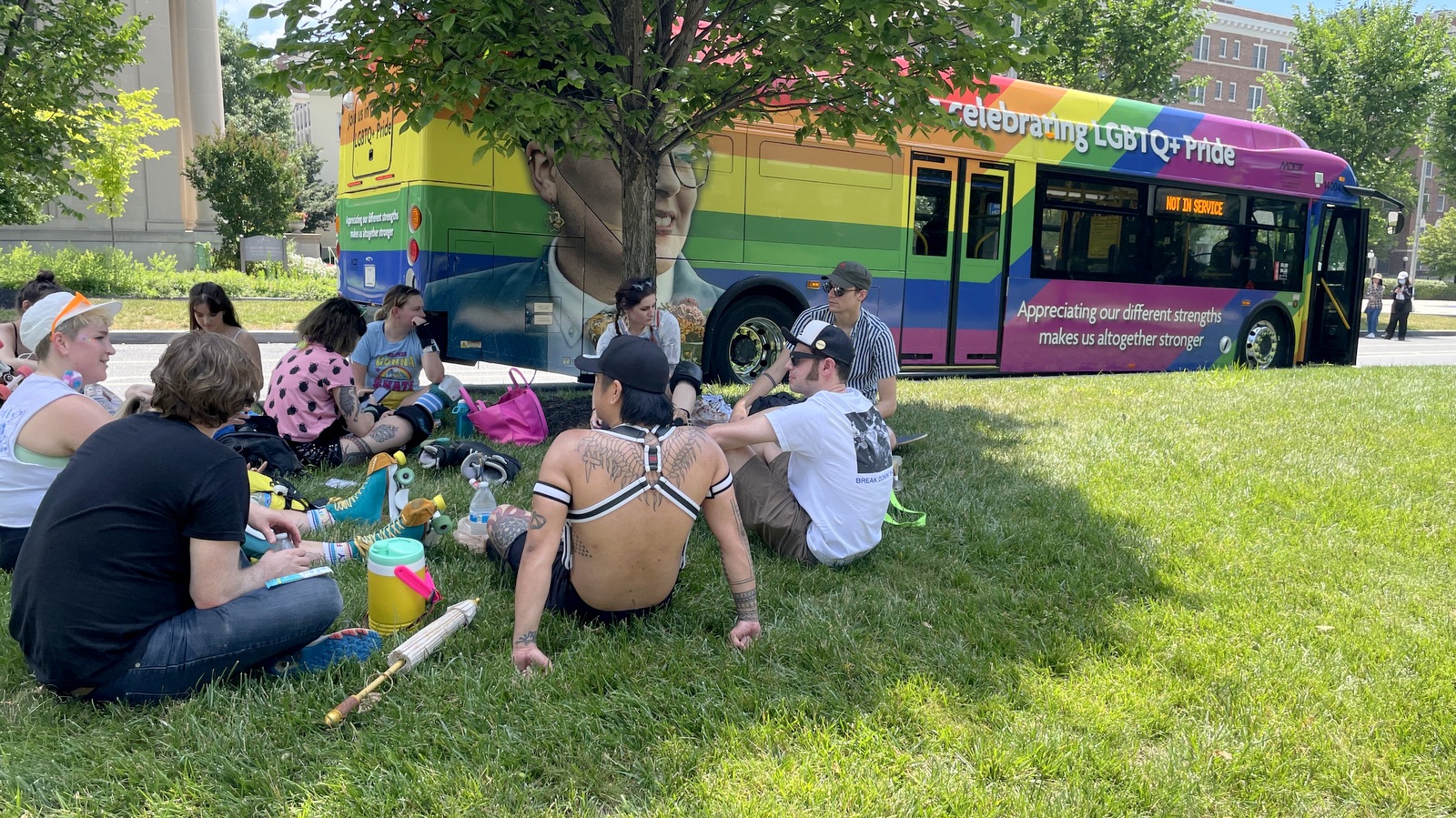 Among those celebrating was a group of people who poured out of a bus painted from top to bottom in rainbow colors, emblazoned with the message “Celebrating LGBTQ+ Pride!”

It was the Maryland Transit Administration’s new “Pride Bus.”

“Appreciating our different strengths makes us altogether stronger,” the display on the side said.

“How did this come about?” The Brew asked the group, which turned out to be MTA staffers, all wearing matching Pride tee shirts.

“Holly! Our administrator! You can meet her, she’s right here!” they replied, eager to introduce their boss, MTA Administrator Holly Arnold.

Arnold said the bus would continue, even after Pride month, to roll through the city with its message of inclusion.

“It’s a way to show that we are part of the community,” she said. “That MTA is welcoming to everyone.” 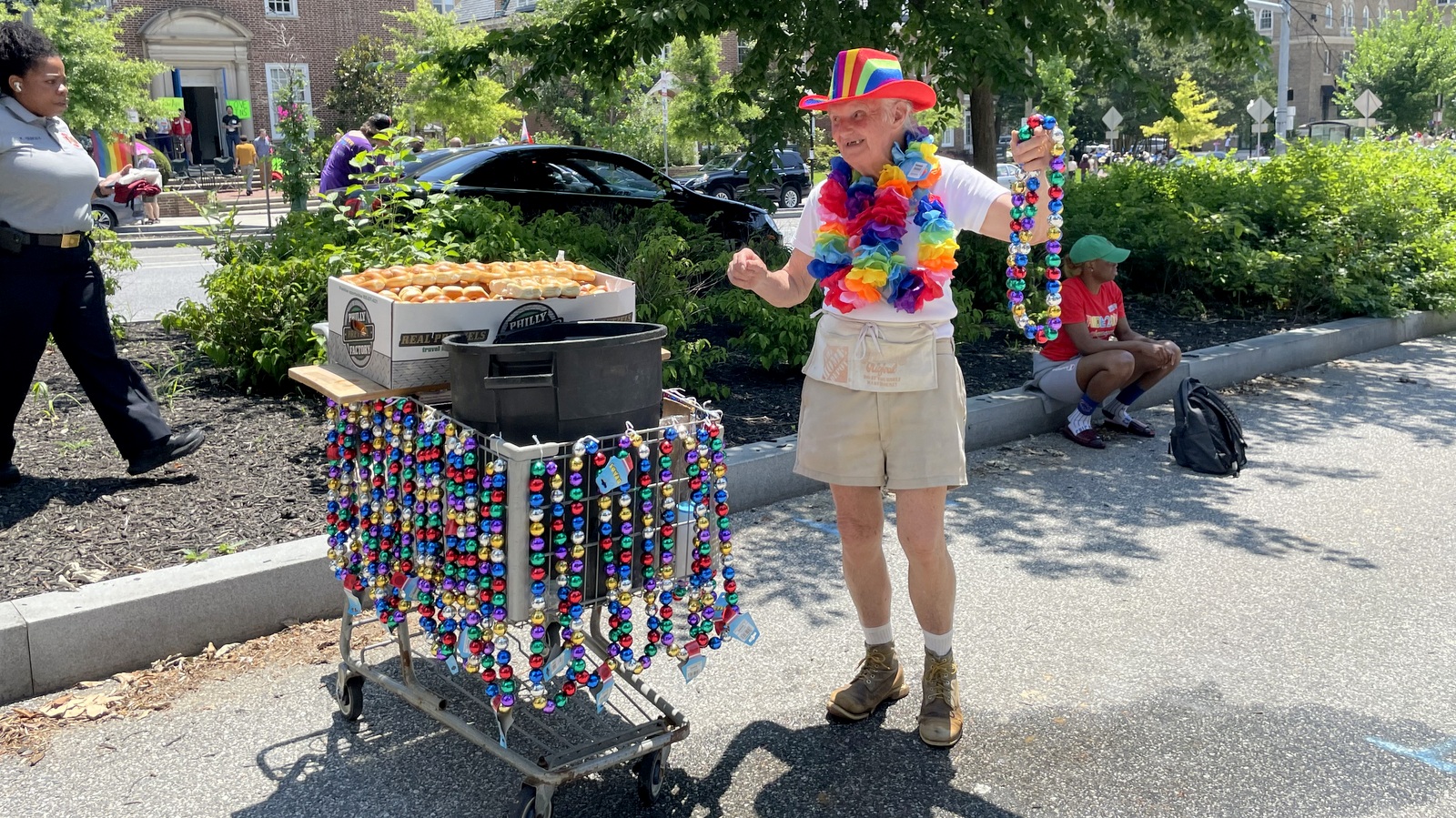 “You can tell everyone that I’m 87, and I’ve been coming to these things for years,” said this vendor, selling Pride parade-goers shiny beads and soft pretzels. (Fern Shen)