On Baltimore’s east side today, the first day of early voting in Maryland, turnout was light, but the show of force from candidates, their teams and a veritable forest of campaign signs was heavy.

One of those workers was Mary Chapman, positioned in front of the League for People with Disabilities, eager to talk about why she was supporting Thiru Vignarajah for state’s attorney over opponents Ivan Bates and incumbent Marilyn Mosby.

“I like that he’s smart enough to get the job done. There’s a lot of embedded criminality in Baltimore, and I think he understands how to address that,” said Chapman, a former investment counselor who now teaches.

“He attracts intelligent people, that’s important,” added the Tuscany Canterbury resident, who was also part of Vignarajah’s 2020 campaign for mayor.

What about reports – one of which broke yesterday – that Vignarajah harassed and abused subordinates at the attorney general’s and Baltimore State’s Attorney’s offices where he previously worked?

“This is what one person was saying and these claims were just not substantiated, they were never documented,” Chapman asserted, laboring to be heard above the whizzing Cold Spring Lane traffic. “I mean, I’m working on his staff and I don’t see any of it.”

The story was first reported in June by independent journalist Justine Barron, whose piece described complaints from multiple former staffers and included ugly texts from Vignarajah to Katie Dorian, his former law clerk.

The Baltimore Sun’s subsequent article includes multiple accounts of toxic behavior, among them a 2013 incident in which Vignarajah was driving Dorian to a meeting and allegedly stepped on the gas and threatened to drive the car into a wall.

Responding to the story, Vignarajah’s campaign did not address the specific allegations but called them an attack by his political enemies. 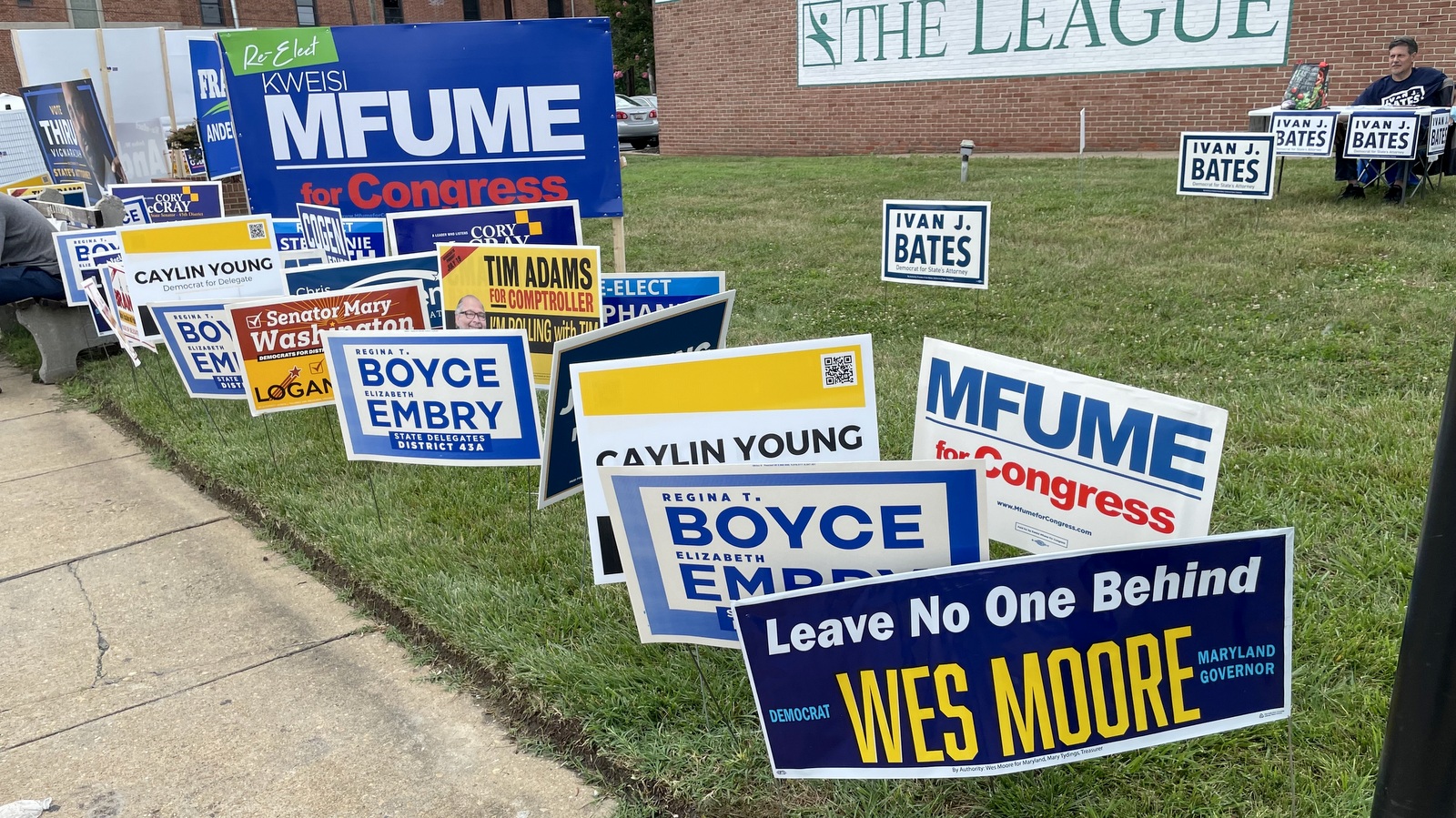 Inside the building today, the scene was peaceful as a handful of voters moved swiftly though the process.

Poll workers said the turnout was light – the reports were the same at early voting centers across the city.

The centers are open from 7am to 8pm daily, now through July 14, ahead of primary election on July 19. To find your polling place, you can  plug your address into the state’s online look-up site. 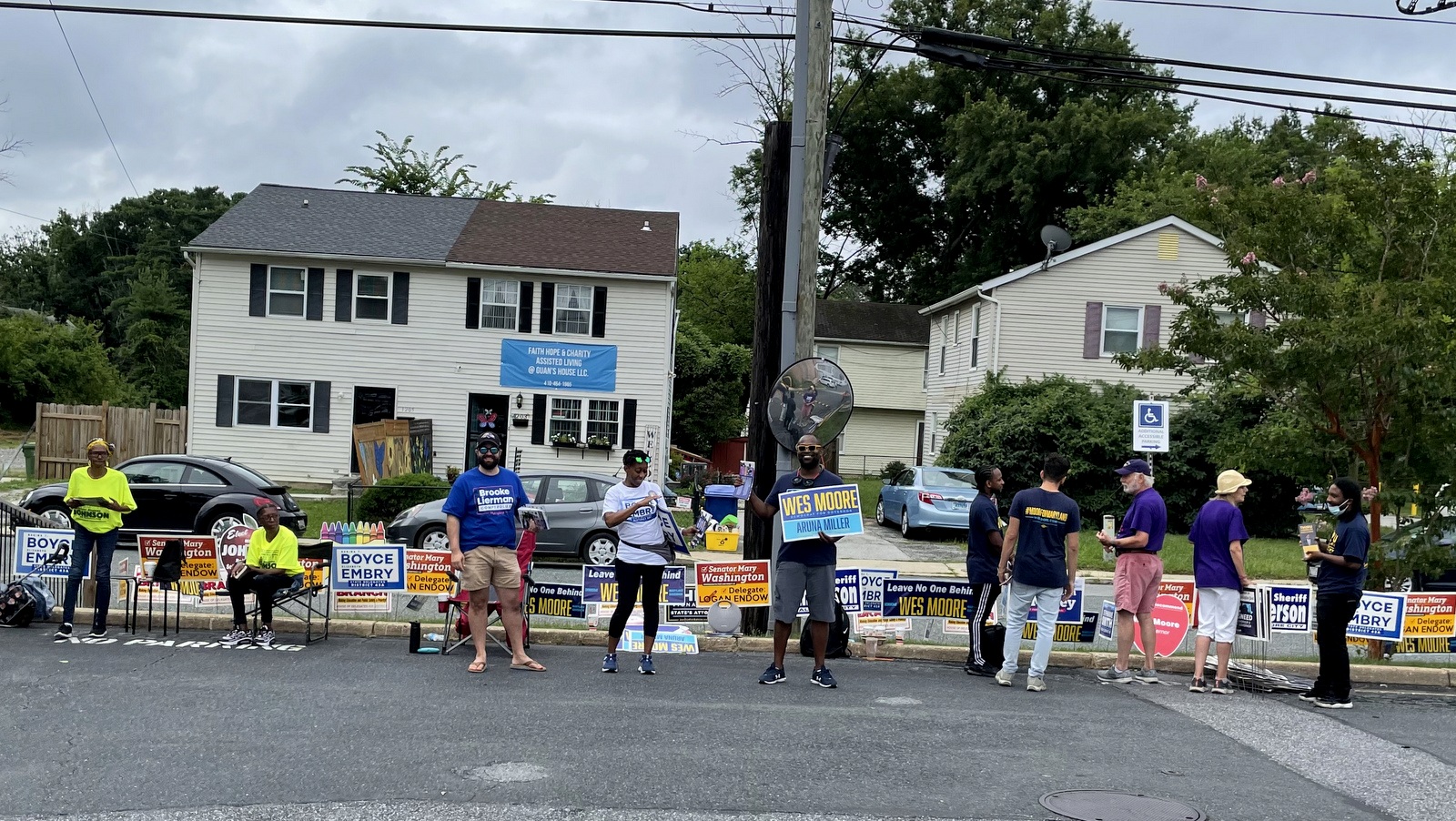 Workers pitch their candidates in the parking lot. (Fern Shen)

After legislative redistricting earlier this year, some voters were accidentally assigned to the wrong district. State election officials say the errors have been corrected. To double check your district, you can go to the Maryland 2022 Officially Adopted Map.

Information for voters, as well as a list of early voting sites, can be found at the Baltimore City Board of Elections website.