The future of Baltimore should be rooted in providing young people with productive things to do. But Baltimore has a tremendous problem when it comes to skateparks that serve not only skateboarders but youth who enjoy BMX, roller skating and riding scooters.

Right now, all four city-owned skateparks are in predominantly white neighborhoods. We are calling for this inequity to end at a rally and press conference today at 4:30 p.m. in front of City Hall.

We are demanding that the Department of Recreation and Parks keep its promise to construct a public concrete skatepark at Easterwood Park in West Baltimore. (The agency has said it cannot move the skatepark plan forward because the project has currently lost legislative support.)

And we are asking Mayor Brandon Scott, who says equity is a pillar of his administration, to follow through on his words.

Five years ago, civil rights activist Marvin L. “Doc” Cheatham and the skaters of West Baltimore made everyone aware of the skateboard disparity. Doc’s unabashed love and passion for the young people of his community in West Baltimore started this.

As president of Skatepark of Baltimore, I wanted to be part of this movement as Doc had made a vow to get a skatepark in his neighborhood.

This project was set to be installed in the Black community of Sandtown-Winchester. It was community driven, fully funded, architecturally designed and supposed to go out to bid at the start of this year. 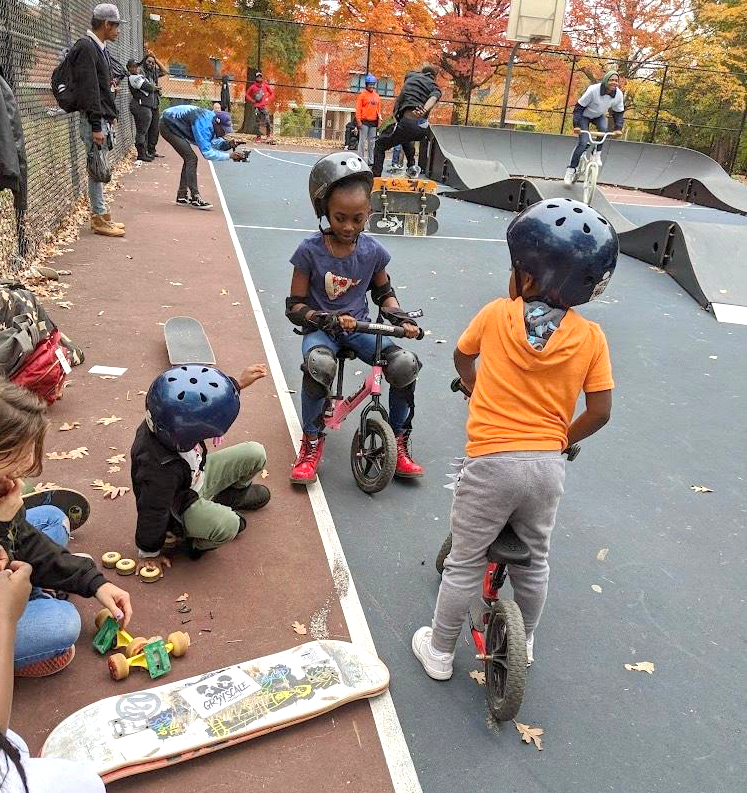 At the temporary pump track at Easterwood Park, Bikemore and Skatepark of Baltimore team up to give free skate lessons and do bike repairs. (Stephanie Murdock)

Chrissy “Sosii” Brown is one of the many West Baltimore skaters who were looking forward to the park. Skateboarding is part of Sosii’s core.  She got her first skateboard at age 7. Immediately, it changed her life.

She explains, “Growing up, skateboarding became my comfort. It became my teacher, my best friend, but more importantly a source of peace of mind. My skateboard offered me a therapeutic environment.”

Growing up in Ashburton, she had nowhere to really skate. By 14, she would take public transportation to skateparks many miles away.

“This is the plight of the Black skater. Having to take risks just to find a place to skate. Having nowhere to skate in our own neighborhoods. Nowhere to gain a sense of acceptance. Nowhere to be around like-minded individuals.”

We are well aware that Sandtown-Winchester needs far more resources, renovations and restorations than just a new skatepark. The whole community has been neglected for far too long. Let’s start rebuilding Sandtown-Winchester, and let’s start with the youth by investing equity in Easterwood. 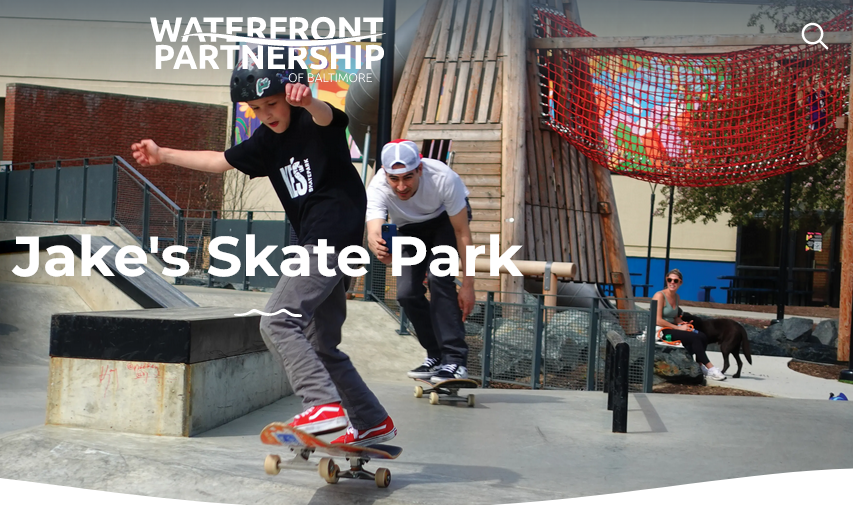 Jake’s Skatepark at Rash Field in Federal Hill is one of four public skateparks, all in predominately white neighborhoods. (waterfrontpartnership.org)

We have been working on this project with Recreation and Parks and its director, Reginald Moore, since 2018.

The cost of the skatepark is estimated at $650,000, so there is enough money to  make additional improvements to the park.

Construction of the skatepark would not impede other upgrades and, in fact, would attract more people to the park, making it far safer than it is now in its neglected state.

Let’s not forget Baltimore’s segregationist past. We should all remember that in 1962, at age 11, future U.S. Congressman Elijah Cummings protested to integrate Baltimore’s public swimming pools.

Getting the Easterwood project back on track is as much a civil rights issue as a recreational one. Children’s dreams should not be paused for politics. Join us today on the steps of City Hall.

• Stephanie Murdock is president of Skatepark of Baltimore, a 501(c)3 grassroots nonprofit promoting the construction of public skateparks. Sosii Brown is a nationally ranked skateboarder.