The extension is significant, according to Cogen, because the consultant, Erin Sher Smyth, is negotiating on behalf of the sheriff’s office to buy body-worn cameras from a company whose technology and pricing Cogen says is not in the city’s best interests.

“To obligate my incoming administration to a technology product that is not the best product and will cost millions of dollars is inappropriate, wasteful and, frankly, outrageous,” Cogen told The Brew.

Running unopposed in next week’s general election, Cogen said he has been trying for weeks, without success, to set up a transition with Anderson and get a handle on the office’s spending.

• About to leave office, Sheriff John Anderson seeks to award a well-connected consultant (10/27/22)

• Former city purchasing agent, who left under a cloud, is set to be rehired as consultant (5/31/22)

“We’ve specifically asked them about what’s going on with the Smyth contract and have gotten no reply,” he said. “The more I hear about how this was managed, the more I worry that public funds are not being utilized properly.”

“The more I hear about how this was managed, the more I worry that public funds are not being utilized properly”  – Sam Cogen.

Smyth, Baltimore’s ex-purchasing agent who was removed after a critical inspector general report in 2020, was hired last June by Anderson on an hourly basis to improve the sheriff’s procurement processes.

After Smyth’s contract ended on September 1, “she never stopped working,” Eness Brown, human resources director for the sheriff, told the Board of Estimates today. 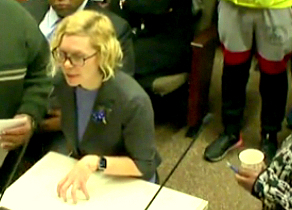 Erin Sher Smyth in 2020 shortly before she was removed as Baltimore’s purchasing agent. (CharmTV)

“She was working for us with the understanding she would continue to work for us,” said Assistant Sheriff Sabrina Tapp-Harper, who spoke on behalf of an absent Anderson.

Asked what Smyth has been doing over the last two months, Tapp-Harper said she was helping with Workday software issues and negotiating a body-worn camera contract with Axon Enterprise, whose contract with the Baltimore Police Department she helped negotiate when she was the city purchasing agent.

“She knows a lot of the players, and she’s doing a very good job”  – spokesperson for Sheriff Anderson.

“She knows a lot of the players, and she’s doing a very good job,” Tapp-Harper said.

Smyth did not appear before the board and has not responded to questions from The Brew.

Scott Pushes It Through

At the BOE meeting, Comptroller Bill Henry described the revised contract as unusual and potentially problematic.

“This is not a contract, never was a contract,” countered City Council President Nick Mosby, before Brown acknowledged that the agreement was a contract and should have been brought to the spending board weeks earlier.

At first, Mayor Brandon Scott asked for the item to be deferred. He then ended the back-and-forth between Henry and Mosby with a call for a vote.

The mayor and his two appointees (DPW Director Jason Mitchell and City Solicitor Jim Shea) joined Mosby in approving the contract, while Henry, who endorsed Cogen in the Democratic primary, voted “no.” 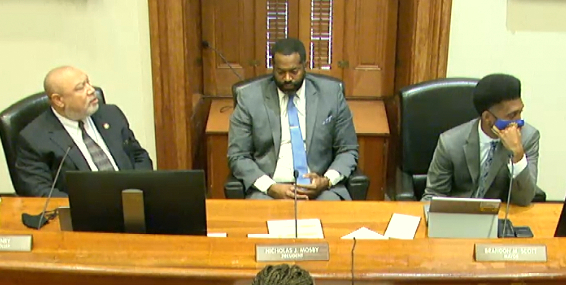 Double the Hours and Pay

Asked after today’s vote how he will handle the contract as sheriff, Cogen said, “We’ll address her role when we’re aware of what her role is.”

He went on to express concern that Anderson is trying to steer the body-worn camera contract to Axon and is using Smyth as the point person to get it done.

“We’re talking about a huge capital cost that will be my responsibility to make sure is implemented correctly,” Cogen said.

Noting that the Police Department’s use of Axon cameras has come at a considerable expense, Cogen said, “Axon is not one of the body camera [systems] we favor because of its proprietary software.”

There are cheaper products on the marketplace, he said, and he does not want to be boxed in on his choice of a vendor when he becomes sheriff next month. 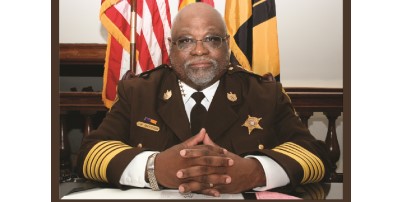