Last week Giant Food trumpeted the opening of a supermarket in one of Baltimore’s more affluent areas, the grocer’s first new store in the city in more than a decade.

The Riverside/Locust Point Giant is to have, along with the basics, a sushi bar, fresh-baked pizza and smoked foods made in-house, including pulled pork and brisket. It will supplement for the neighborhood the Harris Teeter supermarket a few blocks away at McHenry Row.

At the same time, news broke that, about two miles west of the new Giant, Pigtown will be losing Price Rite Marketplace at the Mount Clare Junction shopping center.

Closure of the grocery store at 1205 West Pratt Street means 31 employees will be laid off. Area residents – many of whom are disabled, use food stamps and don’t have cars – will be losing an essential source of meat, seafood, fresh produce and other necessities.

The irony was not lost on Nneka N’Namdi, creator of Fight Blight Bmore.

“It’s almost laughable,” N’Namdi said. “At the same time a neighborhood that already has a preponderance of food options is getting one more, a part of town that is already suffering from food apartheid is losing what little it has.”

“This is the impact of housing policy that has continued over the decades”  – Nneka N’Namdi, Fight Blight Baltimore.

Officials at Price Rite, a discount grocer that is part of New Jersey-based Wakefern Food Corp., have said that despite their best efforts, they “have not been able to make the store financially viable.”

N’Namdi questions that claim. She argues that the city has a responsibility to protect residents from the cruelty of the marketplace because of its historic role in herding minorities into poor and vulnerable neighborhoods through zoning laws and redlining.

“This is the impact of housing policy that has continued over the decades that creates a situation where the ‘haves’ have more and the ‘have-nots’ continue to have not,” she said, speaking with The Brew.

“These challenges are shameful to exist in 2022, whether it be a lack of access to transportation to visit distant supermarkets, or the quality of the food to those they can reach.” 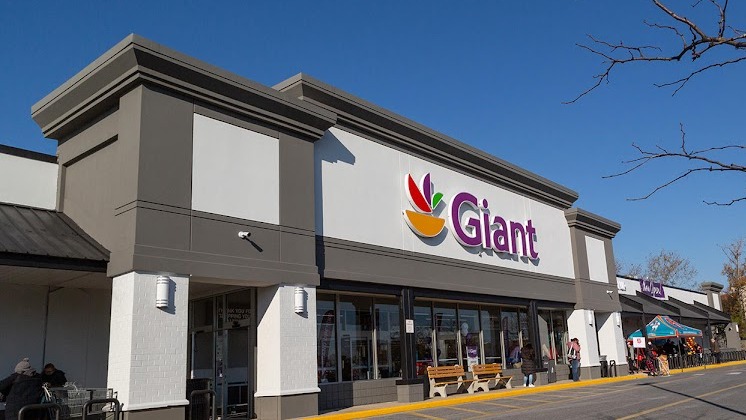 The closure, which took many residents, employees and community leaders by surprise, has prompted the Southwest Partnership to organize an emergency meeting tomorrow at 7 p.m.

Council members, community leaders, funders, industry experts and the general public have been invited to participate by the Partnership, a coalition that includes seven neighborhoods and seven anchor institutions.

Other neighborhoods have likewise been calling for strategies to bring healthy food to Baltimore’s food deserts, which basically fall within the majority African American neighborhoods known as “The Black Butterfly.”

“Our elected officials have failed us miserably. It’s been eight years without a food market here and none in sight,” Cheatham said, in an email announcing a Food Desert Rally this Saturday at Easterwood-Sandtown Park and Playground. 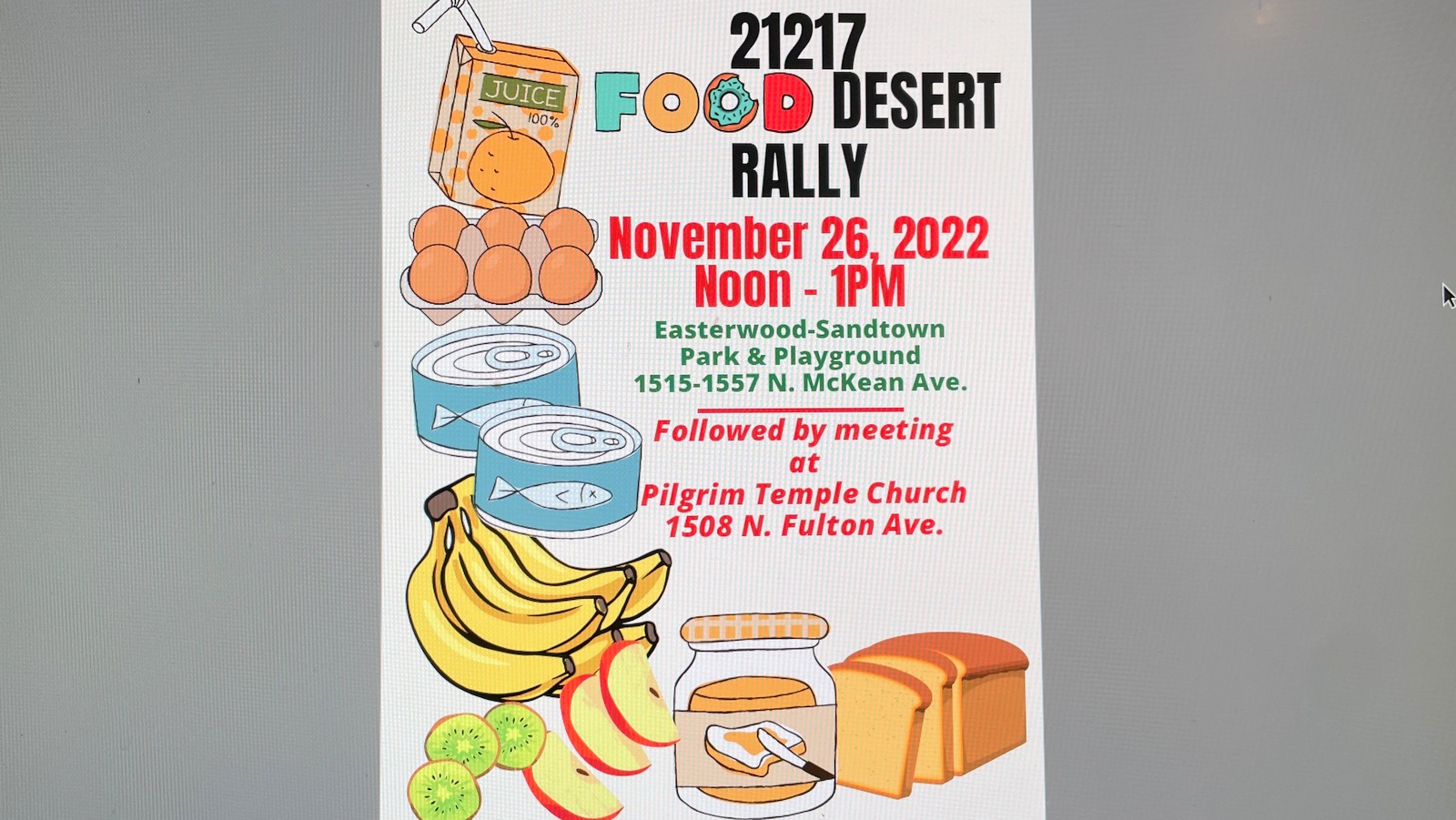 Fundamental and sweeping policy prescriptions are needed to break the cycle of food deserts, says N’Namdi.

“They need to conduct disparity studies so they can show in a legally defensible manner the impact of racist policy on neighborhoods so new policies can be created specifically to address the groups harmed,” she said.

“Bring owners to the table”

Asked how city government will respond to the closure, the Baltimore Development Corporation said it is working with Mount Clare Junction’s owner, an affiliate of the New York-based Carlyle Development Group, to attract a new store.

“We have provided the owner with a package of incentives available to that site, which include loan options from multiple funds, assistance programs such as BGE Economic Development Incentive and Energy Efficiency Programs and BDC’s Façade Improvement Grant,” BDC marketing director Susan Yum said.

“We’re going to ask the BDC to bring the owners of that shopping center to the table and make something happen,” said Lane, executive director of Pigtown Main Street.

With the date for closure coming next month amid the winter holidays, residents are going to be severely impacted, Lane said.

“This is a disaster for people,” she said, noting that the only alternatives are corner grocery stores and a Dollar General outlet, which lack the fresh produce and big selection that Price Rite provided.

Until City Hall comes to the rescue, Lane said, the community is doing what it can.

She said she is talking to Paul’s Place to see if the nonprofit can provide additional food for needy residents. She’s also looking into grants to get van service to transport the elderly and others to other city grocery stores.

“We have one guy who’s paralyzed and comes down in his electric wheelchair with a list and we shop for him”  – Cat Devera, Price Rite employee.

Cat Devera, who works at Price Rite, said store customers – including the disabled, poor households, and African and Hispanic families looking for specialty foods – will suffer without a store in that spot.

“It will be devastating to the community,” she said.

In the 10 years since the Price Rite has been at this location, the staff has forged a bond with many customers.

“We have one guy who’s paralyzed and he comes down in his electric wheelchair with a list, and we shop for him and bag his groceries and put them on the wheelchair,” Devera said.

“I feel bad for him ’cause he has nowhere else to go,” she said. “And not everyone is going to help like we do.”