Charges of fraud, unjust enrichment and breach of contract in a real estate deal marks the latest controversy to swirl around an outgoing Baltimore County delegate.

Hasan M. “Jay” Jalisi, whose eight years representing the Randallstown-Reisterstown 10th District ends today with the start of a new legislative session, was slapped with a complaint by a Bethesda title company last Friday.

The lawsuit accuses the ear, nose and throat doctor, who turned to real estate before entering politics, with “negligently or intentionally” issuing the incorrect account number for a deed of trust.

The incorrect number led the issuer, the State Employees Credit Union of Maryland, to provide the title company with a second account controlled by Jalisi that did not have enough money to pay off the deed.

Sage Title Group says it was forced to pay more than $53,000 to SECU to release the deed of trust after Jalisi refused to pay up or to acknowledge the error.

The transaction involved an upscale house in Reisterstown that a limited liability company, controlled by Jalisi, sold for $860,000 last October.

“Defendant LLC (through Jalisi, its managing member) materially breached the quoted terms by misrepresenting the payoff amount to Sage. . . and committed mortgage fraud as defined and contemplated by the Maryland Code,” the lawsuit, filed by Towson attorney Michael T. Wyatt, charges.

Reached yesterday, Jalisi said he had not seen the lawsuit. But he quickly disputed its premise.

“This is crazy. They’re trying to cover up their negligence”  – Delegate Jay Jalisi.

“I can’t believe this. This is crazy. A title company cannot claim mortgage fraud. They’re trying to cover up their negligence,” he said.

The Brew emailed the lawsuit to Jalisi, asking him to address the complaint after he had a chance to read it.

The delegate did not follow through with a promised phone call to The Brew last night. 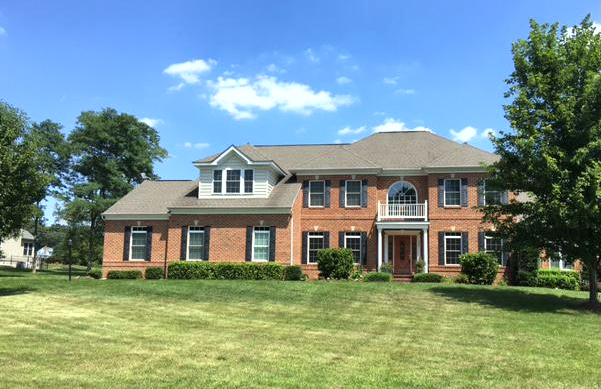 The lawsuit is among several ongoing complaints against Jalisi and his real estate company, HMJ Management, according to the Maryland Judiciary Case Search database.

He is also involved in a “large claims” dispute with the Bank of America, and has done battle for several years with an Ellicott City plumbing and remodeling company.

During his two terms as a state delegate, Jalisi weathered a set of workplace and personal firestorms.

Among them: a rare legislative reprimand for being abusive to staff, a $2,500 fine for writing checks from his campaign account, and a yearlong protective order from his then-teenage daughter after he allegedly slapped her.

In 2019, he was required to undergo workplace harassment counseling by the House of Delegates and was barred from having employees in his legislative office.

This came after the Joint Committee on Legislative Ethics documented a pattern of emotional abuse and bullying by the delegate based on interviews with 38 people under oath.

Jalisi did not testify in his defense during the investigation and boycotted the legislative session in which he was unanimously reprimanded.

He called the charges against him “a smear campaign” stemming from his independence from the Democratic Party establishment.

Brooks was endorsed by Adrienne A. Jones, speaker of the House of Delegates who serves in the 10th district and has maintained a chilly relationship with the 57-year-old nonpracticing doctor.

In 2020, Jalisi described his success with voters to the Baltimore Sun this way: “I’ve maintained a very close relationship with my constituents, who are very happy with my representation.”

Yesterday he told The Brew that he would be meeting with constituents on his final night as a state delegate.

“I promised to bring the pizza,” he said.