For longer than anyone can remember, the Baltimore Police Department has been managing the supply of off-duty officers that work the roughly 150 private special events that take place in the city yearly.

And just as often, the department “ate” the difference between the fees it charged clients, be they a neighborhood group, a local business or a large university, and the actual costs incurred.

A 2020 audit indicated that BPD’s recovery rate for special events was just 68% of the costs of manpower, which added up to millions of dollars over time.

Under its contract with the Fraternal Order of Police, the department is required to pay officers time and half for special events.

Last year, the fees were adjusted upward for the first time since 2011. The base officer rate rose from $45 to $65 an hour.

But following up on its promise to completely outsource the task, BPD wants to enter into a contract with Off Duty Management Inc., a web-based service in Texas, following approval by the Board of Estimates tomorrow.

No Cost to City

ODM will handle nearly every aspect of off-duty employment by police officers for security jobs, “including scheduling, payroll, compliance, invoicing and collections,” according to the BPD.

Because the costs of security will be billed directly to a business or event organizer, ODM will provide the service “at no cost” to the city during the 18-month contract period.

It is unclear how much rates for off-duty protection will rise for local events or businesses employing officers.

It is unclear how much rates will rise for special events and for businesses employing off-duty officers.

According to a lawsuit prepared in 2021 by Utah’s Fraternal Order of Police, recipients of off-duty police protection had to pay twice as much for services contracted through ODM than through prior arrangements with local police.

“It’s just a really bad outcome for officers and local businesses,” the executive director of the Utah FOP told a local TV station.

He said ODM’s rates “went through the roof” and priced many groups out of the security protections they had enjoyed for years.

Those wishing to hire off-duty officers in Baltimore will now have to contract directly with ODM, and officers interested in secondary employment need to sign up with the company as independent 1099 contractors.

ODM’s website advertises insurance, workers’ compensation coverage and other perks for police officers “at no cost to the agency.”

“This will effectively remove the BPD from the business of staffing these outside entities,” the department told the spending board.

The police will still directly handle security at city-sponsored events and festivals such as Artscape, AFRAM, Baltimore Running Festival and Baltimore Pride. 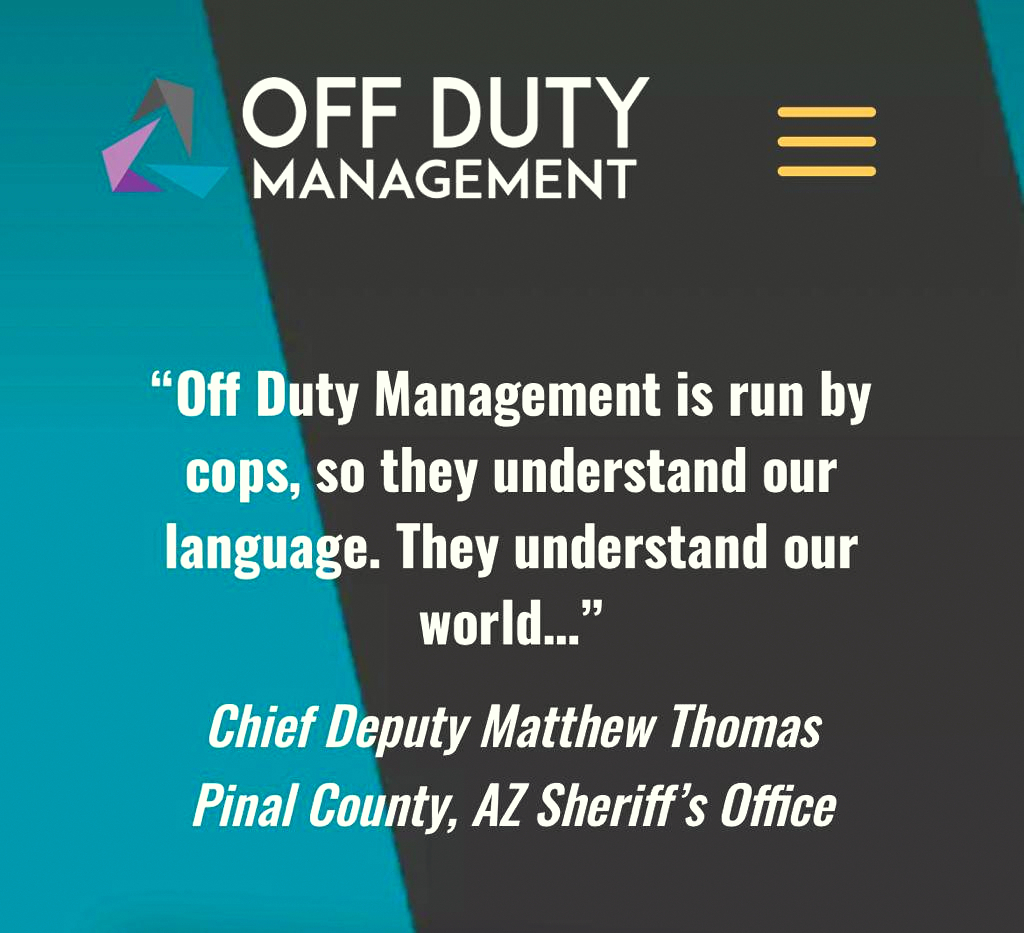 Based in Katy, Texas, ODM says it is run by former police to “service and support law enforcement agencies” by administering, scheduling and insuring off-duty police activities. (offdutymanagement.com)