((UPDATE: The funds for more beds were approved, as expected, at the BOE meeting.))

The Baltimore Board of Estimates is expected to approve funding for an additional 25 women’s and 50 men’s emergency beds at the new city shelter to handle the influx of homeless between now and March 31.

The new beds receiving funding are in the first-floor day room of the Harry and Jeanette Weinberg Housing and Resource Center – the city shelter. They are needed “due to the frequent demand exceeding shelter capacity,” according to an agenda item for tomorrow’s (Wed.) meeting.

Opened last July, the shelter at 620 Fallsway contained 250 emergency beds – 100 fewer than the old city shelter and far less than the estimated 4,000 people who don’t have shelter on any given night in Baltimore. 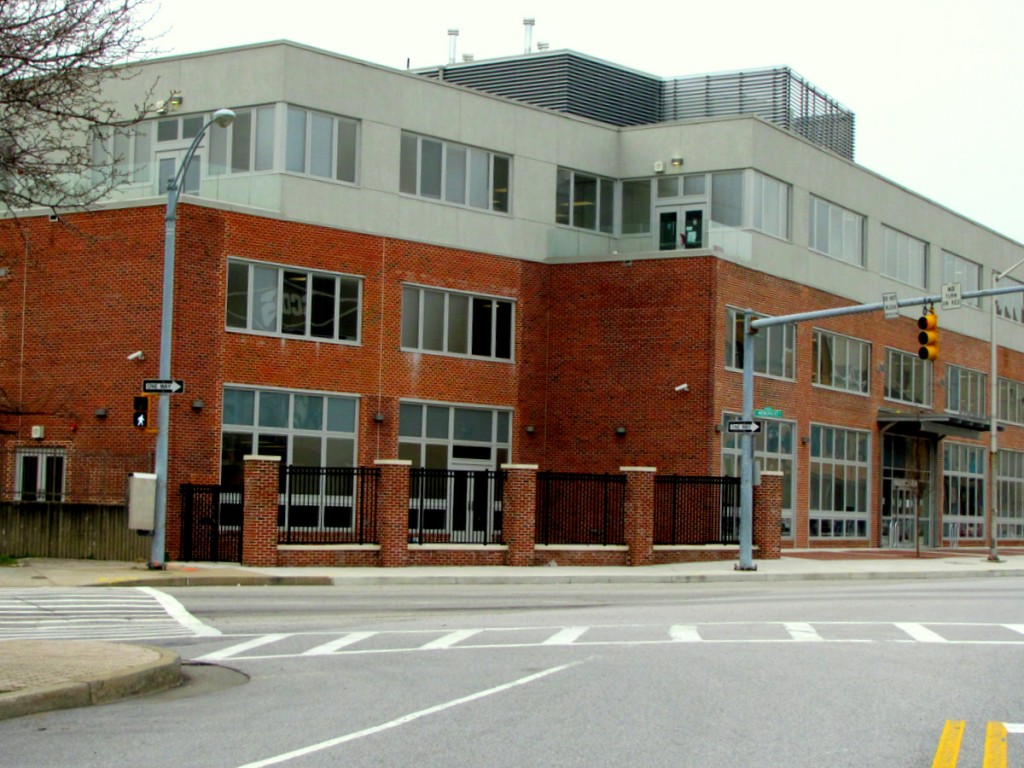 The new city shelter at 620 Fallsway. (Photo by Mark Reutter)

The ACLU and other homeless advocates have threatened a lawsuit against the mayor and City Council for not providing enough emergency beds for homeless women, some of whom were forced to sleep outside the shelter last fall and summer because of the lack of beds.

In November, the city agreed to open 20 more beds for homeless women at an overflow shelter.

The spending panel is expected to approve $95,105 to Jobs, Housing and Recovery Inc. (JHR) to provide the new beds at the shelter through March 31.

The board is also expected to award $65,000 to Durham School Services, which has been transporting homeless men to an overflow facility since the new shelter opened.