The Baltimore Board of Estimates is expected this morning to approve a contract with a Florida search firm to help the city fill its growing number of executive vacancies.

Gans, Gans & Associates, a minority business based in Plant City, Fla., was selected by  Mayor Stephanie Rawlings-Blake following a “nationwide [search] via Internet posting,” according to board records.

Four proposals were received by the city, which were reviewed by the mayor’s office and the Department of Human Resources. The final decision was made by Rawlings-Blake. Since the mayor controls three of the five spending board seats, approval of the contract is pro forma. 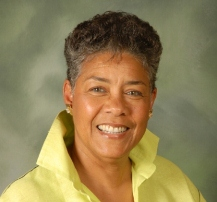 Gans, Gans is not unknown to Baltimore officials. Its website currently features a profile of Paul T. Graziano, Baltimore’s housing commissioner, with whom the search firm has worked closely “in conducting more than 20 executive searches over the past 10 years.”

One of its recent searches resulted in Anthony Scott being named deputy executive director of the Housing Authority of Baltimore City (HABC).

“We can always rely on Simone Gans Barefield and her staff at gga to help us find well-qualified, top-notch housing professionals,” the article quotes Graziano as saying.

Under its two-year contract with the city, Gans, Gans will receive $14,000 per search, plus travel expenses.

Among the city’s current vacancies are two high-profile positions – president of the Baltimore Development Corp. following last week’s sudden retirement of M.J. “Jay” Brodie, and Chief Information Officer following yesterday’s resignation of Rico J. Singleton, who was accused of steering IT contracts in return for favors while deputy CIO for New York State.