The Rawlings-Blake administration has disclosed its “Protocol for Dismantling Homeless Encampments,” emphasizing its right to raze any settlement deemed unsafe or unsanitary even “if permanent housing cannot be secured by the date the encampment is scheduled to be cleared.”

The three pages of guidelines – placed on the record at a City Council hearing last night – say that the Mayor’s Office of Human Services will appoint a project coordinator to take charge of dismantling a homeless camp, who will then assign an “outreach team” to notify campers of the date when the encampment will be cleared.

The administration’s more aggressive tactics to curb the spread of homeless camps – reminiscent of the “Hoovervilles” built by unemployed workers during the Great Depression – came to light  when “Camp 83” was razed last week near the Madison Street entrance to the Jones Falls Expressway.

The Brew has learned that the city is preparing to evict about 17 homeless people living under the JFX on Holliday Street, just two blocks from City Hall. Members of the camp said in interviews that they have been told to clear out their belongings before the Farmers’ Market opens on April 7.

“They haven’t bothered us before, but now they say we gotta go,” said a man who identified himself as Rob and said he has been living in homeless camps under the JFX for the last three winters.

“This is an eyesore for the city, when you think about it,” he added, looking at the piles of blankets and plastic bags nestled between a concrete barrier and parking spaces. “It’s just that no one know where they gonna go. We call this home. It’s pretty secure. We look out for each other.”

Asked if the camp was rife with drugs, as a city official alleged was the case at Camp 83, Rob said, “My response is, that’s a lie. It may involve a few people who pass by here on the street. For the most part, we drink.”

The city promises that DPW workers will provide storage bags and a 90-day storage facility for evicted campers and will assist them “with bagging and labeling items to be transported to the storage facility.”

Last Friday, city workers plowed through Camp 83 with a bulldozer, after receiving permission from the campers, who were given temporary shelter through a special arrangement with a homeless care provider who contacted City Council member and homeless advocate Mary Pat Clarke.

The city’s protocol calls on the police to try to avoiding making arrests during homeless evictions and notes that “plainclothes officers are ideal.”

“Visible police presence should be kept to a minimum unless a stronger presence (e.g. riot police) is needed to ensure safety in a large crowd situation. If people obstruct the clean-up or refuse to leave, police will intervene to ensure people are required to move in as peaceful a manner as possible,” the document says. 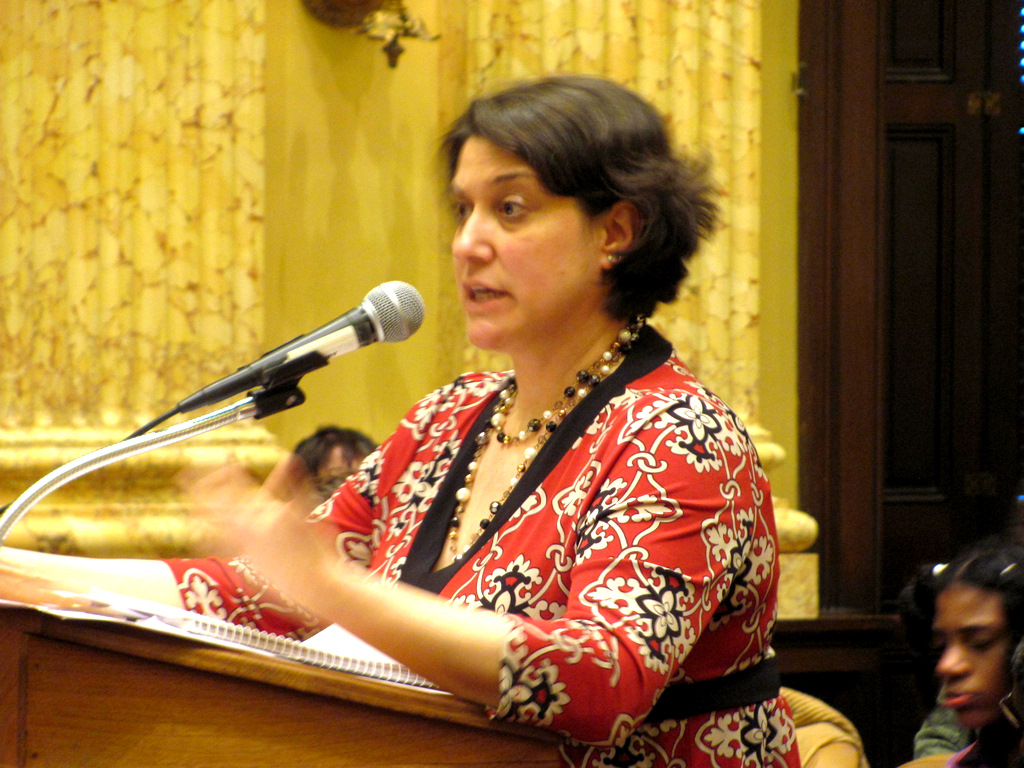 Noting that permanent housing via government-funded programs may not be available for the evicted because “the referral and lease-up process for permanent housing can take several months,” the document says that the campers “will be informed of their options for temporary placement on the date of the action.”

“They [the evicted campers] are free to choose or decline any of these options, and will continue to be assisted by outreach workers regardless of their choice,” the document says, though it is unclear how outreach workers will stay in contact with homeless who disappear from a razed encampment.

The guidelines were given to the City Council’s Housing and Community Development Committee  following brief testimony by Kate Bridell, director of the Office of Homeless Programs. During the Camp 83 controversy, committee chairman Bill Henry had requested information on the city’s eviction policy and whether that policy has changed.

Bridell and Olivia Farrow, director of the Mayor’s Office of Human Services, were not asked how long the current policy has been in effect. Last night’s hearing centered on the city’s 10-year plan to end homelessness, known as The Journey Home, with homeless advocates saying the program fell far short of dealing with the homeless crisis.

Noting that homelessness has increased dramatically since the 10-year plan was unveiled in 2008, Antonia Fasanelli, executive director of the Homeless Persons Representation Project, said the root cause for the estimated 4,100 people without shelter on any given night in Baltimore is “an inadequate supply of affordable housing.”

“We can’t end homelessness merely by ending homelessness,” Adam Schneider, director of community relations for Health Care for the Homeless, told the panel. He said 150,000 residents now live in poverty – and 12,000 survive on less than $200 a month – which make homelessness an everyday possibility.

He said he could only believe that the city took such action so that participants and visitors couldn’t see evidence of the poor and disenfranchised whose plight Dr. King had dedicated his life to improving.

Text of Guidelines Submitted to the City Council: 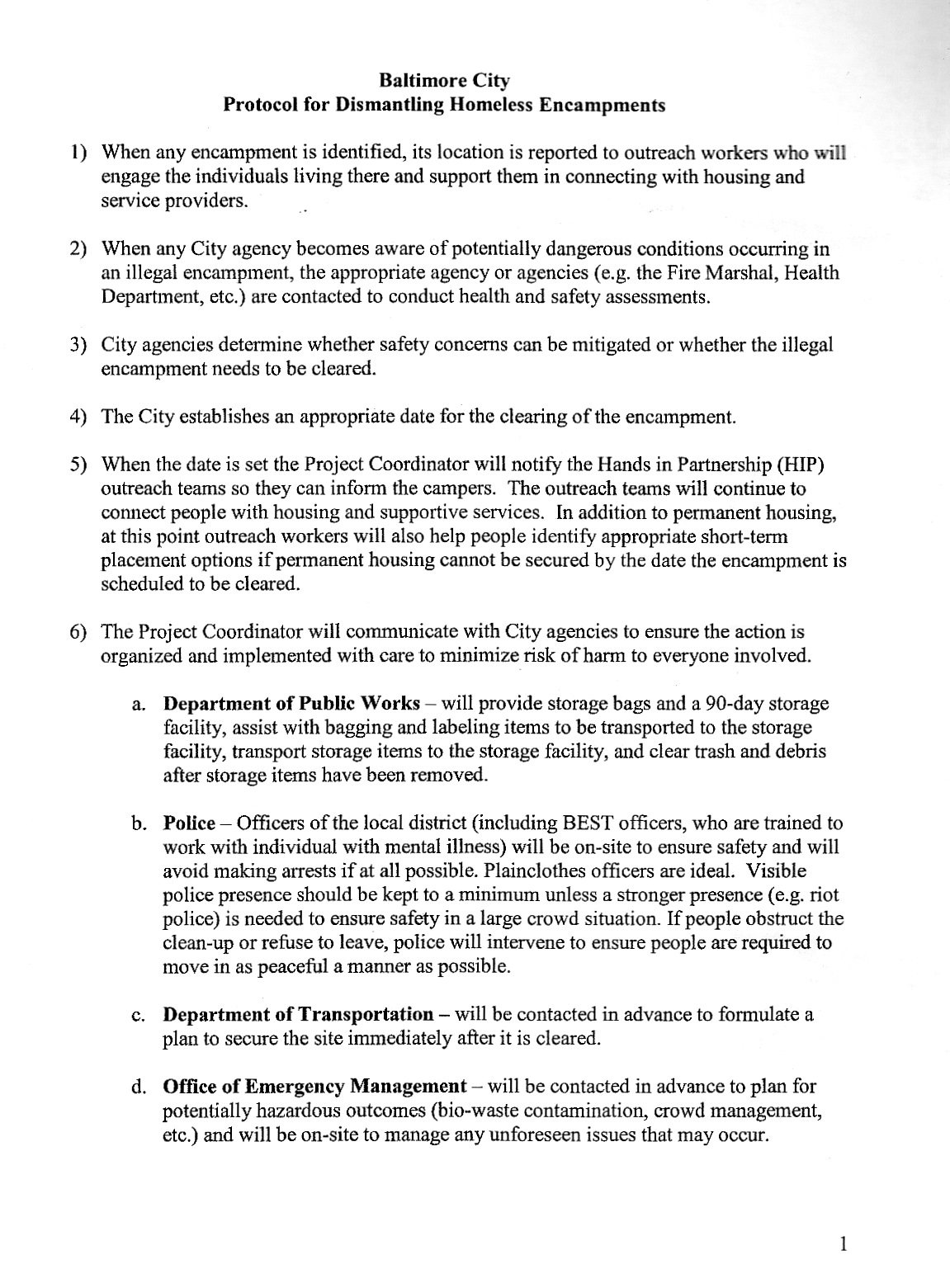 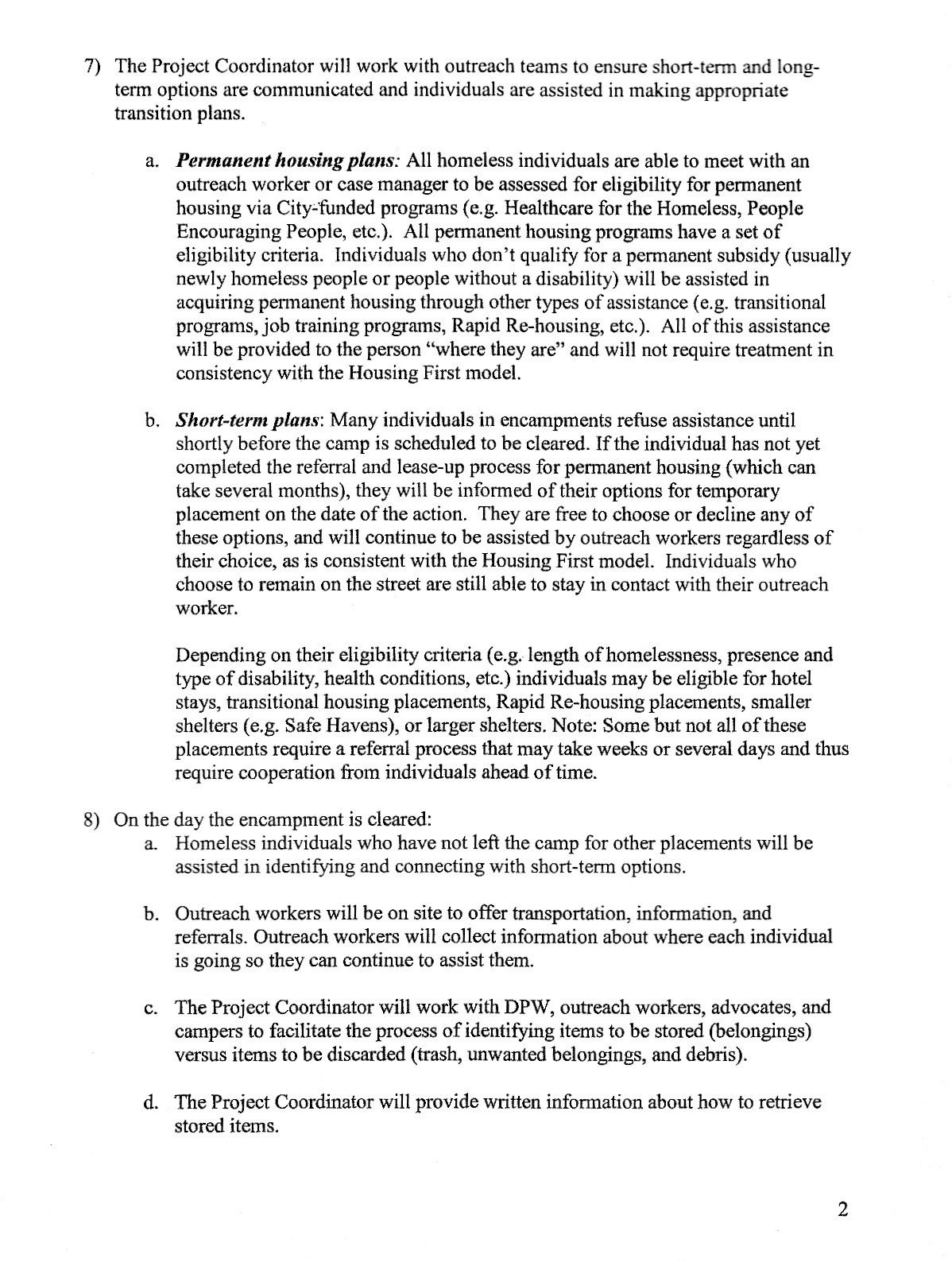 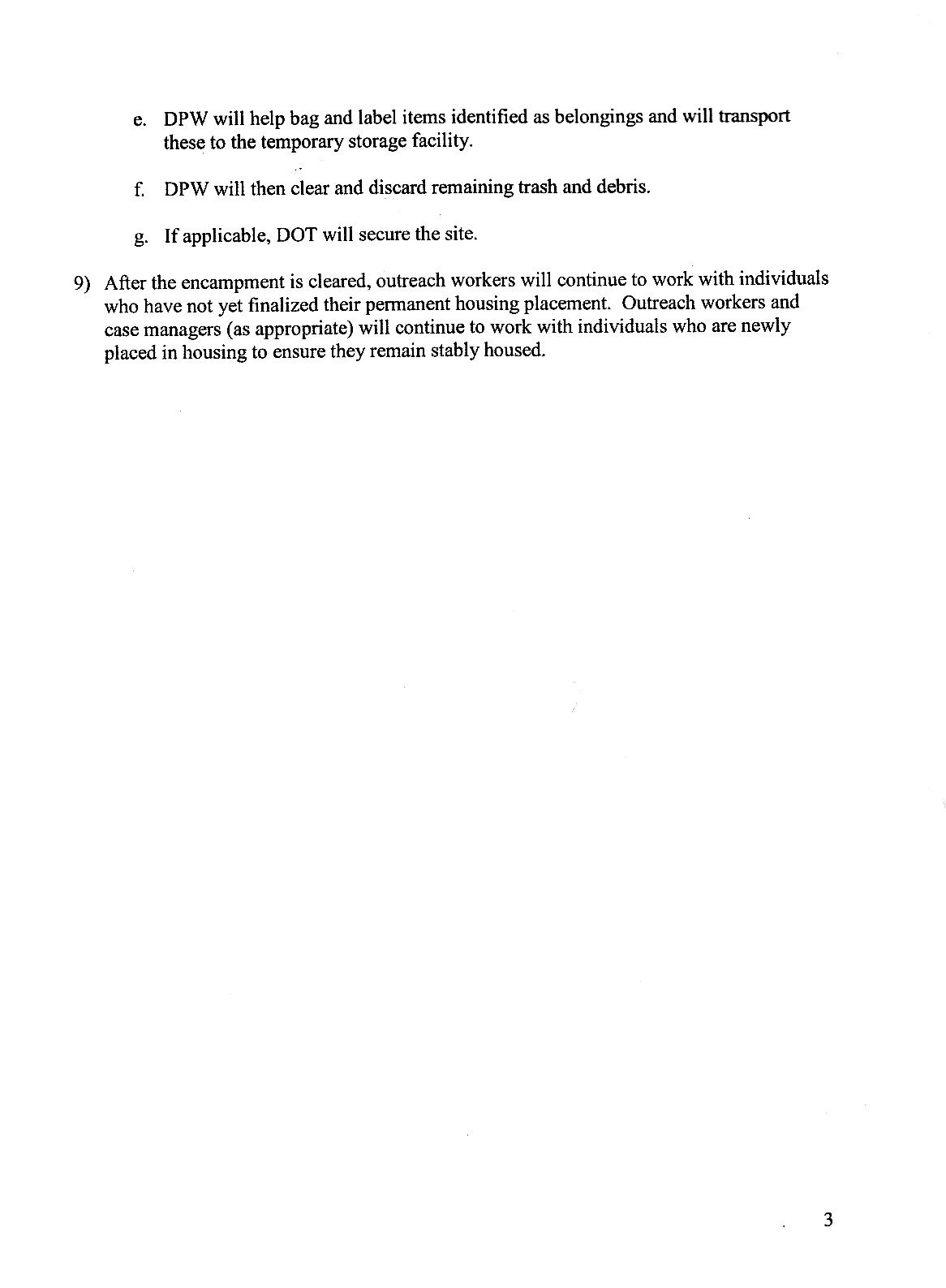