The mayor’s office announced this afternoon that Alfred H. Foxx, director of the Department of Public Works and a member of the Board of Estimates, will leave city government at the end of January.

He will be replaced by his deputy director, Rudolph S. (Rudy) Chow, who heads the Bureau of Water and Wastewater.

Recruited to run the Department of Transportation by Mayor Martin O’Malley in 2001, Foxx was named director of DPW by Mayor Stephanie Rawlings-Blake in July 2010.

A retired colonel in the U.S. Army Corps of Engineers, Foxx, 61, said he plans to move to Cincinnati to work with a relative in a construction and facilities maintenance company.

Chow, who currently lives in Rockville, Md., was appointed head of the Bureau of Water in February 2011, shortly after he retired as chief of customer care at the Washington Suburban Sanitary Commission.

Chow inherited a troubled branch of DPW that was under criticism for sending tens of thousands of estimated – and often erroneous – water bills to customers. Chow has been credited with drastically reducing the number of estimated bills during his tenure.

More recently, his office was involved in the award of a controversial “smart” water meter contract, which eventually went to Itron, a West Coast infrastructure company, for $83 million.

During his brief tenure in city government, Chow has laid out an ambitious plan for rebuilding Baltimore’s crumbling water infrastructure while juggling a federal consent decree requiring hundreds of millions of dollars in improvements to the sewer system.

He has acted as the administration’s point man for the increases in water and sewage fees that were approved by the Board of Estimates. Chow will take over Foxx’s place on the five-member spending board. 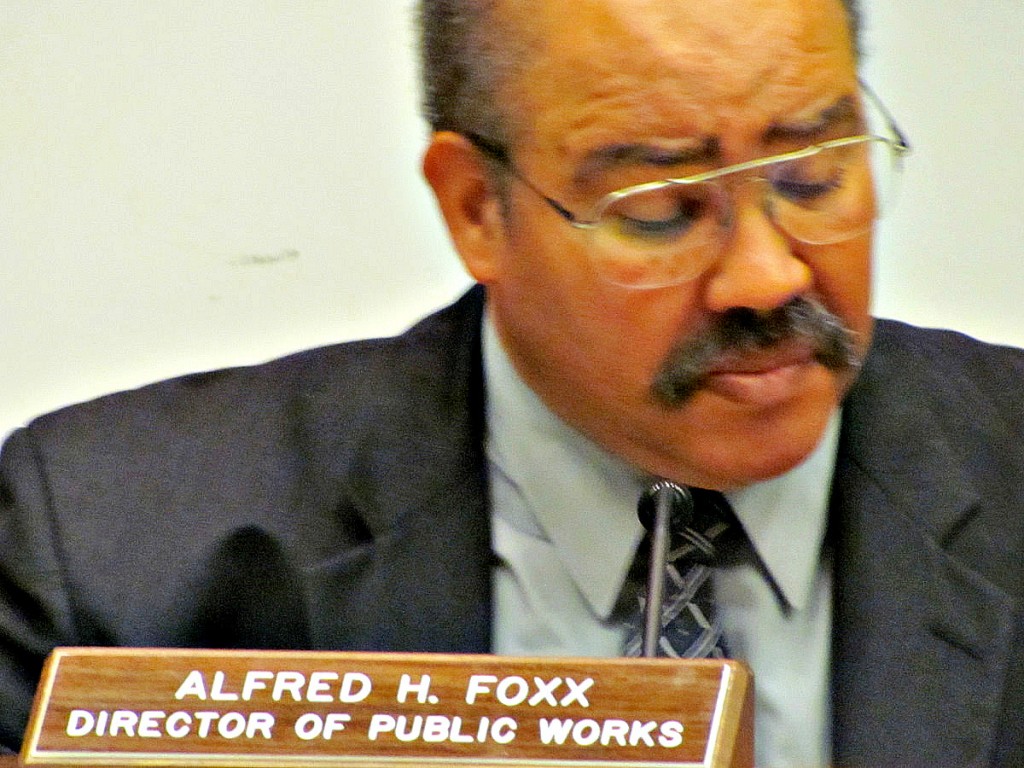 Col. Al Foxx will be headed for Cincinnati after 12 years in city government. (Photo by Mark Reutter)

Today, the mayor cited Foxx’s accomplishments during his 3½ years as director of the city’s largest department, which boasts a budget of $460 million and had 2,700 employees.

Among his achievements was establishing a community liaison group to “connect directly with neighborhoods,” more convenient waste drop-off and recycling stations, and helping to design a new water meter system, which will replace meter readers with high-tech radio-transmitted readings.

“Baltimore City has greatly benefited from Mr. Foxx’s tremendous tenure of service and his dedication to improving efficiency for residents,” Rawlings-Blake said in the press release.

“I will miss his wise counsel, and I wish him the very best as he starts a new chapter in Cincinnati.”

For his part, Foxx said today, “It has been an honor serving this department, this city and this mayor. My goal has been to improve DPW and set a course for a more successful future, and I believe we have done so.”