The price is trending upward and proposed federal funding is down, but the biggest public works project in Baltimore’s history, the 14-mile Red Line, is still on track to start construction in 2015, the project’s chief planner tells The Brew.

Henry M. Kay, deputy administrator for planning and engineering at the Maryland Transit Administration, expressed optimism that the financial pieces of the $2.64 billion light-rail project are coming together.

This comes in the face of skepticism by critics that the Red Line has become prohibitively expensive as a result of a 3.4-mile tunnel proposed through downtown Baltimore and Fells Point.  The five underground stations proposed at Poppleton, Howard Street, Inner Harbor, Harbor East and Fells Point have added tens of millions of dollars to the line’s costs.

At the same time, the number of daily weekday riders has shrunk from 57,000 to 47,700, according to projections made in the latest and prior reports by the MTA.

The Obama budget provides $100 million in capital spending for the Red Line, but more importantly names the project as one of seven transit projects across the country that are most deserving of full funding by the Federal Transit Administration under its New Starts program.

While a definite boost for the Bayview-to-Woodlawn line, the budget recommendation – which still needs Congressional approval – is substantially less than state officials had anticipated just a year ago.

“The less we ask for, the more attractive it is,” Kay told The Brew. “No one is getting over 50% [federal funding], and we want[ed] to be competitive and cut down our request.”

• $900 million in New Starts federal transit funding through 2020
• $1.2 billion from the Maryland Transportation Trust Fund
• $250 million in local contributions, with $200 million coming from Baltimore City and the remainder from Baltimore County
• $275 million from a Public-Private Partnership (P3) chiefly for transit-car purchases and a maintenance facility

Going back three years, the Red Line’s 2011 financial plan called for an even 50-50 cost split between Washington and Maryland. At that time, the Red Line’s projected cost was $2.22 billion.

The proposed Red Line between Woodlawn and Bayview would have 19 stations and 26 light-rail vehicles. The MTA reduced the number of vehicles from 28 to save costs. (Maryland Transit Administration)

The local contributions (known as a “match”) could be paid in cash, in-kind or a combination of the two, according to Kay. The breakdown between the city and county is based on the mileage of the line in each jurisdiction, with the lion’s share of the Red Line located in the city.

Kay said he believes the two jurisdictions can pay the price almost exclusively through in-kind matches. For example, the Baltimore City is planning to include the Red Line in its reconstruction of the Edmondson Avenue Bridge in West Baltimore.

This is a win-win situation, Kay said, because the bridge project is 80% federally financed. Adding about 30 feet to the width of the bridge to accommodate light rail is far cheaper than building a separate bridge. 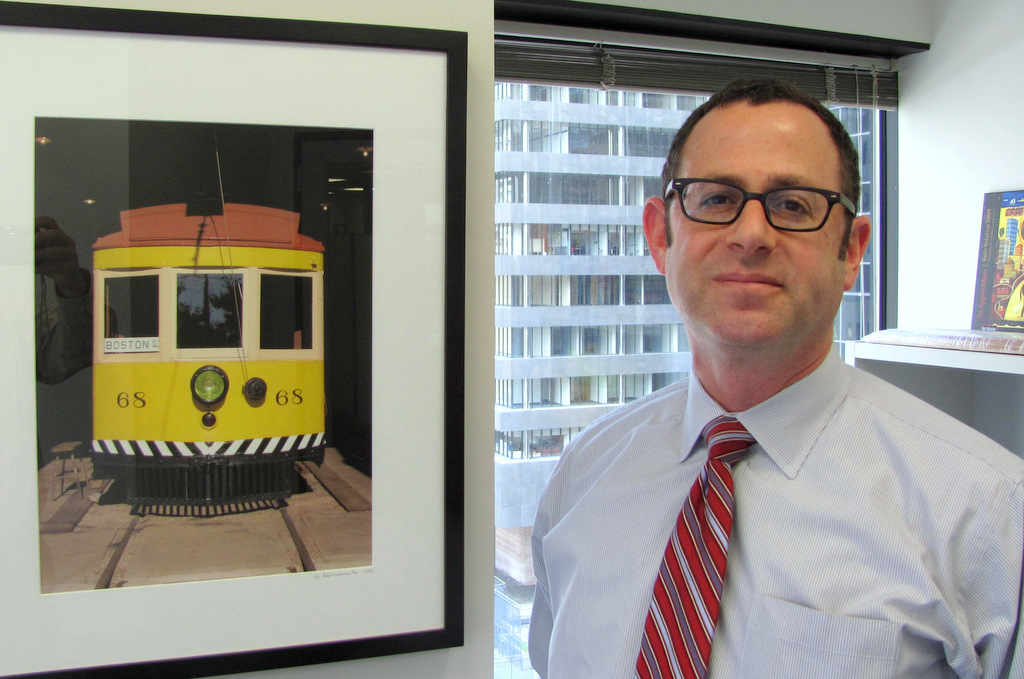 Planned utility upgrades along the Red Line’s right-of-way – as well as improvements to the line’s eastern terminus at the proposed Bayview MARC station – could also be used to reach the city’s match, Kay said.

The MTA has asked the city and county to submit plans on how their matches will be raised. After negotiations with the Maryland Department of Transportation, the city and country are expected to sign agreements committing them to a contribution schedule.

The P3 plan for the Red Line is following the path of the Purple Line, the proposed light-rail “belt line” between New Carrollton and Bethesda in Prince George’s and Montgomery counties.

The line also received $100 million in capital funding in the Obama budget earlier this month.

Maryland DOT is in the process of selecting a private partner who would be responsible for designing, constructing, operating and maintaining the proposed $2.4 billion Purple Line. So far, the state has placed four groups on the short list to make a future bid for the project.

The private partner would construct the line, with the state making payments intended to cover the partner’s financing cost during construction, and for operating and maintenance costs once the line is completed and earning farebox receipts.

Kay said the MTA is “exploring and analyzing” a similar design-build-finance-operate-maintain contract with a private entity for Baltimore’s Red Line, with possibly a smaller scope.

One scenario would have the private partner pay for the light-rail cars and planned maintenance facility near Franklintown Road in West Baltimore.

Last month, the Rawlings-Blake introduced legislation in the City Council to begin the process of acquiring eight commercial properties in the proposed path of the Red Line, mostly in the Franklintown Road area.

In addition, there are plans for temporary construction easements, subterranean easements and partial property acquisitions among about 200 residential properties in the Edmondson Avenue Corridor and Cooks Lane neighborhoods.