Abigail Breiseth, who once had aspired to a City Council seat, said she was quite hopeful when Council President Bernard C. “Jack” Young announced he was following a new approach to filling the most recent Council vacancy.

The 11th District seat had opened up in August when it was announced that Councilman William H. Cole IV had been tapped to head the Baltimore Development Corporation.

Under Young’s new procedure, required by Council Rule 5-11, candidates would be reviewed by a nominating committee consisting of community members from the district. That panel would take testimony, conduct a hearing, take a vote and their choice would then go before the full Council for final approval.

In a debacle widely derided as a textbook case of City Hall nepotism, Breiseth and two other candidates had been passed over for a vacancy created when 85-year-old 9th District fixture, Agnes B. Welch, retired.

The seat instead went to Welch’s son, William A. “Pete” Welch Jr., despite guilty pleas for gun-related offenses and a campaign finance infraction, among other issues. 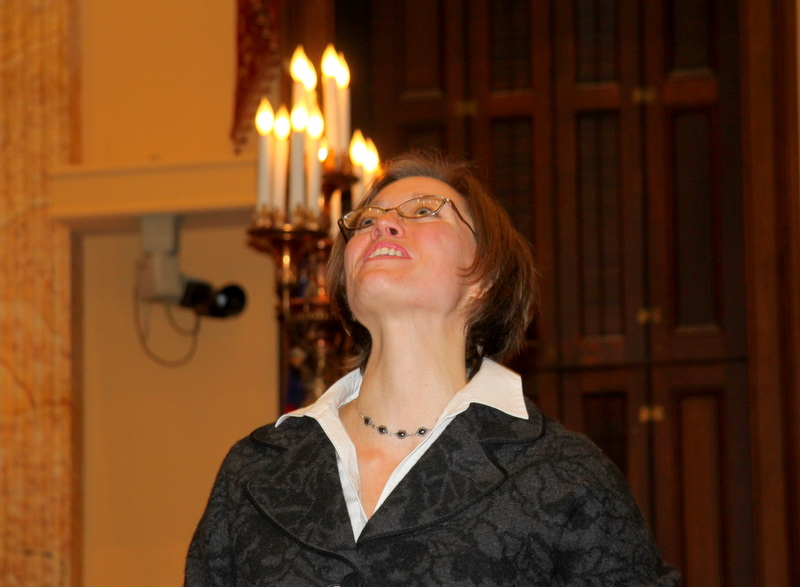 Abigail Breiseth, edged out in her 2011 bid for a council seat by the councilwoman’s son, had high hopes that a new procedure applied to a 2014 vacancy would be more democratic. (Photo by Fern Shen, 2011)

A panel of Council members had interviewed all four hopefuls and then, two days later, selected Welch, whose day job had been working for his mother and who was referred to in some quarters as “Pistol Pete.”

The process had left Young – recently been named City Council President after Stephanie Rawlings-Blake became mayor in the wake of Sheila Dixon’s conviction on a corruption charge – with egg on his face.

The task the Council faced in the future seemed clear to Breiseth and other involved citizens.

“They needed a process that would be useful in breaking down the cronyism and behind-the-scenes dealing around here that is so endemic, so undemocratic,” she said.

So having watched what happened two weeks ago – when the committee, in a matter of moments, picked Eric T. Costello, the only candidate nominated and the only one with letters on file opposing him – did the new process work, Breiseth was asked?

“No!” she said. “Obviously, a period of reflection and discussion needs to be built in. They really need to go back and work on the process. I mean, they made the decision with really no discussion!”

A Committee Representing Whom?

If Young had hoped to disinfect the odor of the Welch appointment, the process he set in motion for replacing Cole has had the opposite effect.

The nominating committee, whose members were personally selected by Young, was reportedly on the receiving end of some hard lobbying by the Council President. (Young has acknowledged telling some on the panel that he “liked” Costello but denies pressuring them.)

Geographically, the nominating committee was not representative of the district. Whole neighborhoods were left out. There is no representation from Mt. Vernon, Seton Hill, Locust Point or Ridgely’s Delight – and just one representative, from the business group Downtown Partnership, for the whole of downtown, which boasts the fastest growing population in the city.

Meanwhile, there was skewed representation from the far northwest corner of the district – four people hailing from the Upton/Marble Hill area, including Adrian Harpool, a political consultant who counts Young as among his clients.

In addition, five of the 11 non-City Council members on the panel were from that part of South Baltimore that is bounded by the Key Highway waterfront, Riverside Park and Hanover Street.

Records supplied by Young’s office (after a Maryland Public Information Act request by The Brew) showed that 39 people signed letters opposed to Costello – most of them members of the Federal Hill Neighborhood Association (FHNA) that Costello has headed – and 35 individuals voiced support.

One of his supporters on record is Brian McComas, principal backer of the Crossbar biergarten proposal, which has been a flash point for the South Baltimore community.

Since the nominating committee’s abrupt selection of Costello – in the space of 2½ minutes without any debate among the members – there have been calls not just to fine-tune the process Young devised, but to scrap it altogether and establish a system of special elections.

Plenty of cities large and small do it. A quick web search produces San Antonio, Pittsburgh and teeny, tiny Roeland Park, Kansas (pop. 6,845) as opting for voters to decide who fills a council vacancy.

Why not hold special elections to fill vacancies in Baltimore? Election officials say a special election in a councilmanic district would cost about $90,000, small change for a city with a $3.5 billion annual budget. 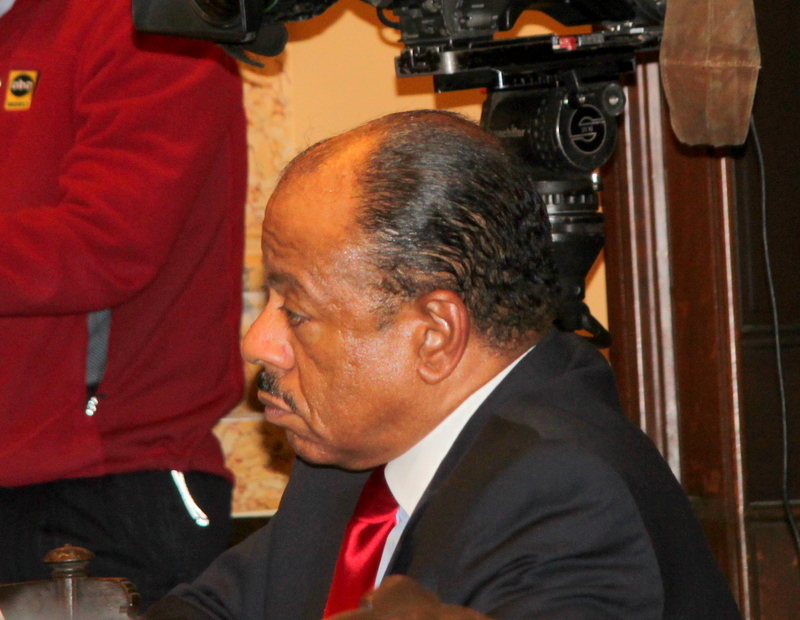 Pete Welch at the 2011 hearing where the Baltimore City Council named him to fill the seat left vacant by his mother’s retirement.

In the years since her bid for the 9th District seat, Breiseth has moved from teaching to a job with the city school system as a grants development specialist. She said she doesn’t rule out another run at political office (“it was a kick knocking on doors”) and is hopeful that the problems highlighted in this latest Council vacancy spur change.

As for Welch, he’s had no more brushes with the law and has maintained his mother’s tradition of rarely speaking, almost always voting with the majority, and introducing few bills of note. (Probably his most famous bit of legislative advocacy: a proposal to sell space on the sides of city fire trucks to advertisers.)

As for Costello, a 33-year-old federal government employee who is considered a shoo-in as the next 11th District councilman, only time will tell.

His supporters tonight – if any member of the Council publicly speaks on his nomination – may well use the language that outgoing Councilman Cole used when he voted in favor of Welch back in 2011. Referring to “Pistol Pete’s” controversial past, Cole called on the public to give him “some kind of second chance.”