The Baltimore City Council tonight passed bills calling for body cameras on police officers and a ban on plastic bags – setting up a rare confrontation with the mayor, who promises to veto both pieces of legislation.

The body camera legislation, passed on a 13-1 vote, has a better – but still remote – chance of overriding a veto by Mayor Stephanie Rawlings-Blake.

Twelve votes are needed for an override – and the pressure on Council members to sustain the mayor’s veto will be enormous.

During tonight’s vote, Councilman Bob Curran (3rd District) already signaled that he would sustain (go along with) a veto by the mayor. That makes the possibility of the body camera bill passing into law that much slimmer.

The ban on plastic bags (with some exceptions) had two abstentions tonight. They were Brandon M. Scott (2nd) and William “Pete” Welch (9th). 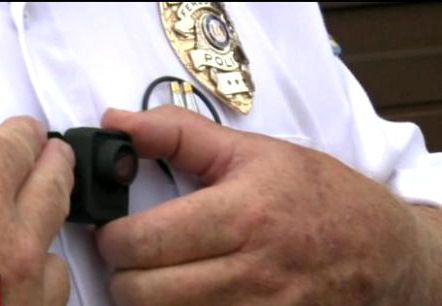 After the meeting, Scott told The Brew, “In concept, I approve of the ban, but not the road we took to get there. We never had a hearing on the ban.”

She said the police body camera legislation lacked “legal sufficiency” – one of the mayor’s arguments – and the process that abruptly changed a five-cent fee on plastic bags to an outright ban amounted to “switch and bait” (her phrasing).

Another Council member, Mary Pat Clarke (14th), voiced strong support of the bag ban, saying, “The plastic bags. . . they live eternally.” To Spector’s call to return the bill to committee, Clarke said, “There comes a moment when you gotta not send it back to committee.”

Here’s more on the body camera bill and the bag ban bill.