Mirror, mirror on the wall,
Who’s the giving-est one of all?

As far as money and politics go, a small number of developers, lawyers, contractors and consultants constitute the cloistered world of Baltimore fundraising.

An even smaller circle consists of those individuals who use multiple companies and/or family members to “bundle” their contributions for the mayor and other elected officials far above the legal limit of $4,000 per candidate during a four-year election cycle.

In 2011, it was James Preston “J.P” Grant who dug deep into his pocket – and the pockets and purses of his son, his wife, his sister-in-law, his brother-in-law, his business associates and his company, Grant Capital Management. 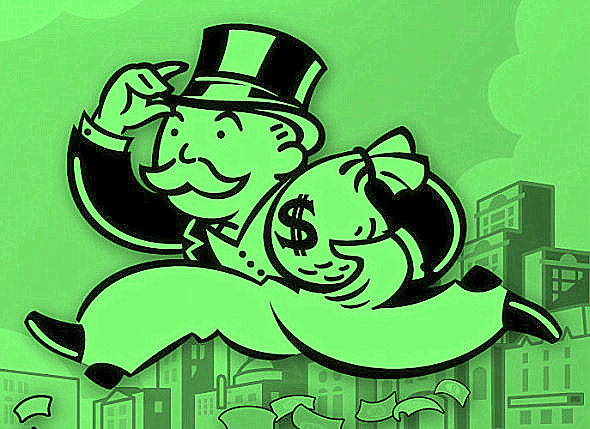 MONEY and POLITICS in BALTIMORE, an occasional Brew series

Grant may live and work in Columbia, but he makes money by financing leased equipment for municipalities, such as Baltimore’s 911 communications system for the police department. He also promoted the 2012 and 2013 Grand Prix at the beckoning of the mayor before the political lure of street racing lost its appeal.

2013 was the year of Michael Beatty. The developer orchestrated the payment of $16,000 to the Rawlings-Blake campaign committee shortly before the mayor endorsed $107 million in tax subsidies for his Harbor Point project in Fells Point.

The mayor says campaign contributions have no influence of her decisions; the Beatty contributions were not disclosed until many months after her administration pushed the tax subsidies through the City Council (whose members shared an additional $5,750 of Beatty largesse).

Having gotten what he wanted, Beatty put away his checkbook last year (except for some pocket change for City Council President Bernard C. “Jack” Young), making way for a new guy with a thick billfold.

That person, we can now reveal, is Mark C. Sapperstein, developer of McHenry Row and Canton Crossing.

Newly-released campaign records, reviewed carefully by The Brew, show that Sapperstein not only coughed up $15,000 for Mayor Rawlings-Blake last year, but he sprinkled $24,500 to other elected officials and $5,000 to a political wannabe in Locust Point – for a grand outlay of $44,500.

This dough went to Democratic Party politicians. The figure does not include two surprise end-of-year donations to Maryland Republicans by Sapperstein. (More on that below.)

Can’t Vote, but Can Give

The money funneled to Democrats went to city politicians that Sapperstein can’t vote for because – as is also true with Grant, Cordish, Beatty and Klein – he doesn’t live in Baltimore. Pikesville is his home and the headquarters of his companies.

The son of a boiler contractor who ran into legal difficulties a decade ago, Sapperstein has been making a splash in post-recession Baltimore.

In 2011, he and his partners Doug Schmidt, Neil Tucker and David Strouse bought 19 acres of a former oil refinery from the overextended banker, Edwin F. Hale Sr., and turned it into The Shops at Canton Crossing.

Sapperstein also grabbed the former Chesapeake Paperboard property in Locust Point to anchor a grouping of stores and market-rate apartments known as McHenry Row. He’s the licensee of one of those shops, a liquor store called The Cellars, and has been involved in Silo Point just east of McHenry Row.

But don’t expect to see Sapperstein’s name (or those of his partners) attached to any of his contributions. Instead, he uses the names of his various LLCs to mask his generous spirit.

Mayor Rawlings-Blake, for example, got checks from four Sapperstein-controlled entities (1100 Light Street, BCP Investors, LP Towns, and MCS Fort Avenue) a few days after her big fundraiser at the Lord Baltimore Hotel last April. Together, the checks amounted to $15,000.

Council President Jack Young’s $12,000 from Sapperstein came from three $4,000 checks from BCP Investors, LP Towns and MCS Fort Avenue – all recorded on the same day by his campaign treasurer. 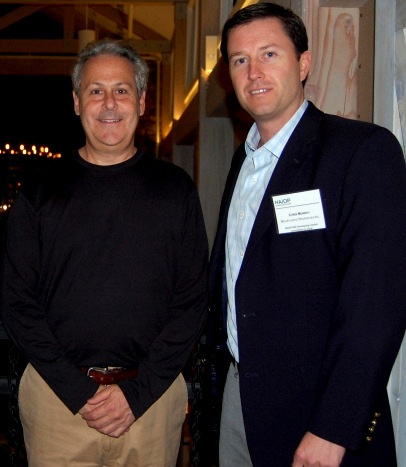 Other beneficiaries of the developer’s bucks include newcomer Councilman Eric T. Costello ($1,000) and his predecessor, Bill Cole ($2,000), whose new position as the CEO of the Baltimore Development Corp. makes him a gatekeeper of lucrative city developer deals.

What ties these contributions together is geography.

They cover most of the politicians who represent the south and southeast waterfront districts that are the hottest real estate corners in the city.

Sapperstein has a lot planned for his sites in these neighborhoods. Last year he paid $18.4 million to buy 9 acres of the old Phillips Foods site on Fort Avenue to complement his McHenry Row complex. Plans are afoot for new office and commercial space.

$5,000 to a Civic Association President

After he was passed over by the City Council to replace outgoing Councilman Bill Cole, Sileo formed a campaign committee to run for the 11th District seat next year.

Asked for comment, Sileo said he was too busy at meetings to discuss the contributions, but his fundraiser, Sophia Silbergeld of Martin-Lauer Associates, provided some context in a phone interview today.

“It’s really pretty simple,” Silbergeld said. “Greg has worked with Mark and Mark’s projects for six years” as a member and president of the Locust Point Civic Association. “They have developed a great relationship. He asked Mark for a contribution.”

In the past, Sapperstein has used Academy Crossing LP to funnel contributions to local Democratic politicians like Councilwoman Rochelle “Rikki” Spector.

But in December, he mailed a company check for $1,000 to the Republican State Central Committee of Maryland – then followed it up with $4,000 contribution in his own name to the same committee.

Why this sudden affinity with Republicans? After all, his wife, Stacy Sapperstein, had funneled $4,000 to Democrat Anthony G. Brown’s losing campaign as Maryland governor.

With Republican Gov. Larry Hogan taking power in Annapolis (who, by the way, appoints the board of directors of his future tenant, the Maryland Automobile Insurance Fund), was Sapperstein making sure he’s got all of his bases covered?

We called Sapperstein to ask him about his strategy for campaign contributions and to notify him that he was Baltimore’s top political giver in 2014.

UPDATE: Bill Cole says that Sapperstein’s “MCS Fort Avenue LLC” made a single $1,000 contribution to his finance committee last year, not two $1,000 contributions shown on the on-line Maryland Campaign Reporting Information System. He said he will try to fix the error. Sapperstein’s contribution was made before Cole resigned from the City Council last August to become CEO of the Baltimore Development Committee.