The Board of Estimates yesterday agreed, without comment, to pay $3.1 million more for the cost-overrun-ridden Dundalk Avenue Streetscape project.

The latest “EWO” (extra work order) makes the mile-long repaving of the southeast thoroughfare one of the most expensive stretches of roadway in the city.

The project now stands at $21.9 million – or 55% over the original bid price of $14.1 million. Work still to be done by the contractor, including resurfacing the northbound lanes, is included in the latest allocation.

The overrun comes in the wake of the city paying out $900,000 to replace more than three miles of new curbing for the Roland Avenue Streetscape. Barely peeking over the surface of the adjacent roadway, the curbs were installed over the summer in violation of the the city’s engineering standards.

The Eastern Avenue Streetscape in Bayview has come in at $7.6 million. That’s 22% over the $6.2 million bid by M. Luis Construction, which is also the prime contractor on the Roland Avenue job.

The price tag for the rehab of the Pennington Avenue bascule bridge in far South Baltimore also came before the spending panel.

The project skyrocketed to $25.7 million as a result of 25 EWOs, or nearly 80% above the original $14.5 million bid from Cianbro Corporation.

The final closeout included a $198,000 reduction (“underrun” in city parlance) from an earlier EWO. 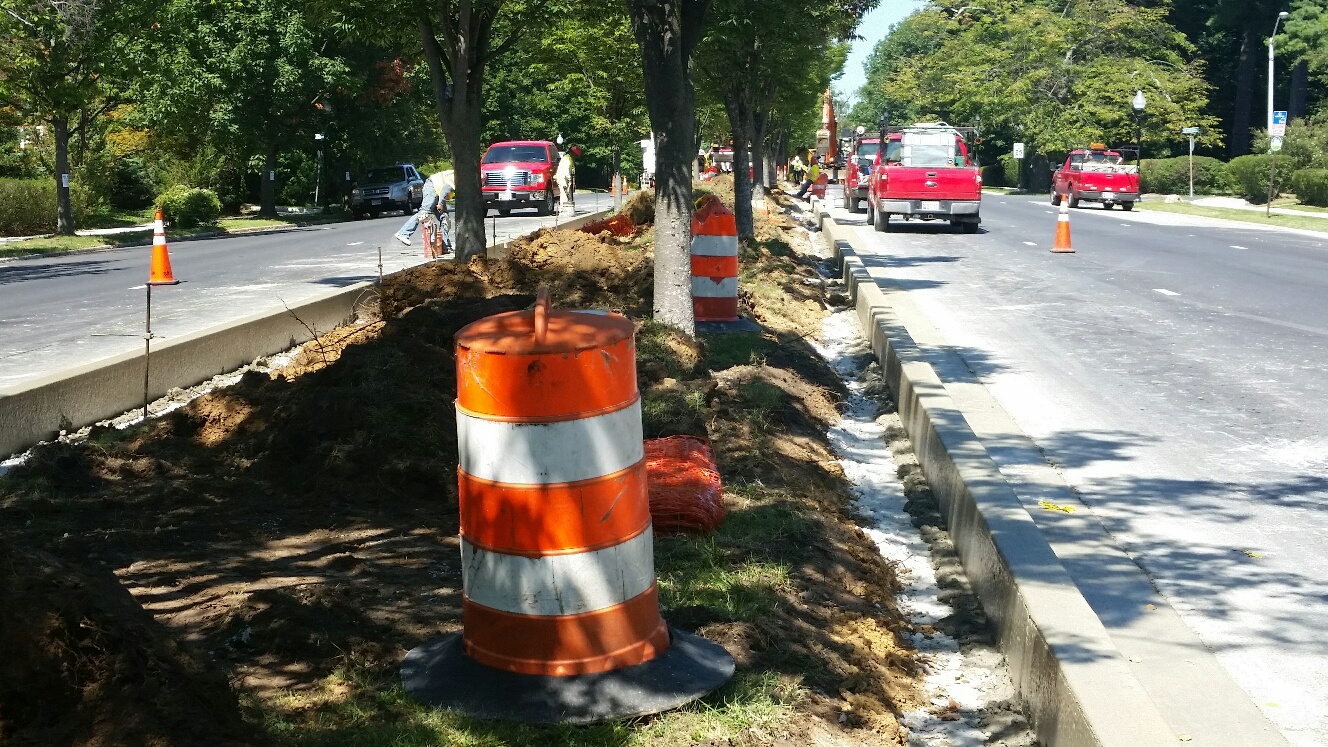 Higher curbs are being installed along the median strip of Roland Avenue with an infusion of $900,000 in public money. But will the trees survive the heavy excavation? (Mark Reutter)

All of these projects are managed by the Baltimore Department of Transportation, which blames unexpected conditions for the additional work and expense.

In the case of Roland Avenue, DOT spokesperson Kathy Dominick said “drainage issues discovered after construction had started” were the cause of the curb rebuild, even though homeowners and others had questioned the height of the curbs during construction by contractor M. Luis.

Regarding Dundalk Avenue, the Board of Estimates gave DOT $609,266  in 2012 to design the improved roadway. But the exploratory excavations conducted by DOT as part of preparing the plans and bid specifications did not uncover the severe deterioration of the concrete base of the northbound lanes.

Two years after Civil Construction successfully bid for the project and had finished work on the southbound lanes, the company detected the sub-grade defects on the northbound lanes. 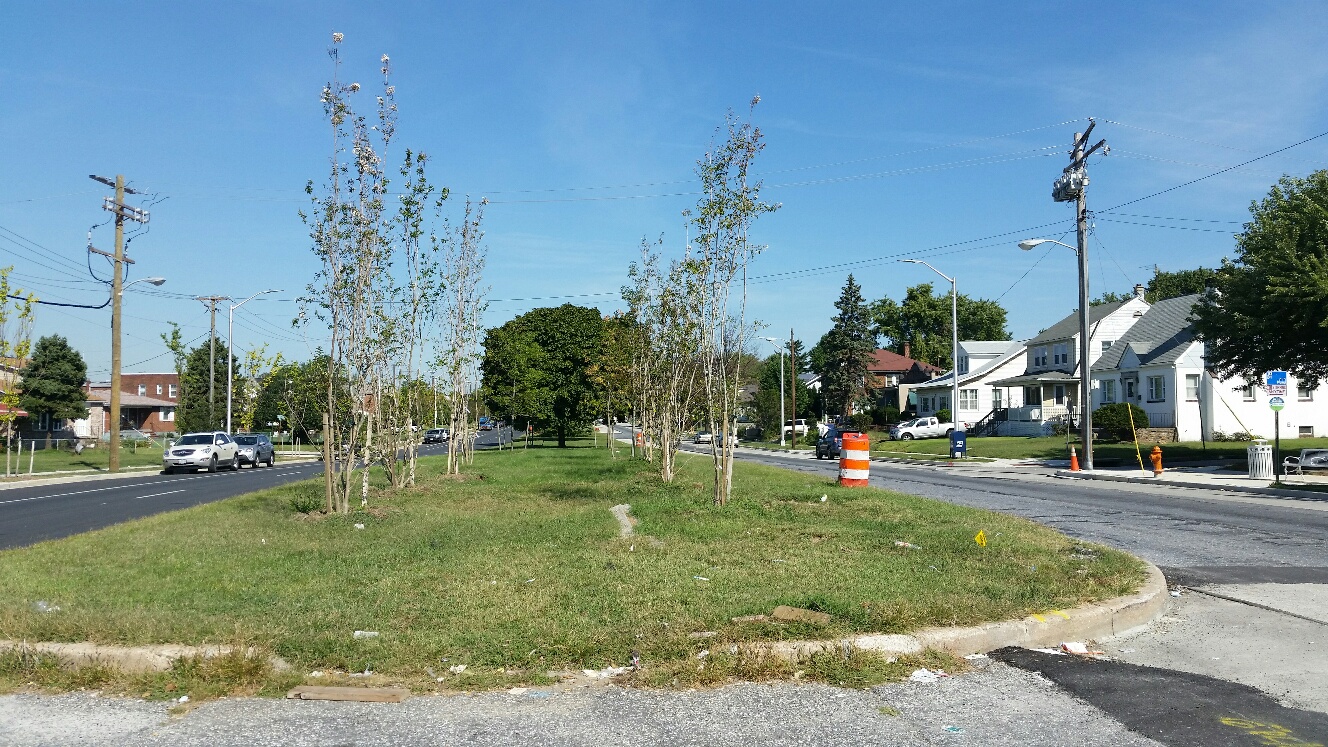 The trees are spindly and the curbs ragged in the Dundalk Avenue median strip, looking north at Hartwait Street. The Streetscape project has become one of the city’s most expensive. (Mark Reutter)

In September 2014, the spending board approved a $1.1 million work order (EWO) to repair the concrete base.

This was followed two months later by a $3.4 million EWO for additional repair work, including the laying of 25,000 square yards of fresh concrete.

With the deadline for completion pushed back from December 2014 to July 2015, Civil Construction soon returned to the city with evidence that “full depth reconstruction” was needed in other locations, Dominick said, as well as modification of some underground pipes.

Yesterday’s $3,130,875 allocation by the city will compensate Civil Construction for its additional costs. Yet another new deadline (October 11) was given for completion of the remaining work.

Most of the new money will come from federal highway funds, with the city contributing $936,915 from its unallocated reserves.

If the new deadline is met, traffic will flow freely on Dundalk Avenue, without barricades and blocked lanes, for the first time since November 2012.

In its request yesterday, DOT proudly noted that an audits review of the project had “resulted in a savings of $10,248.14.”