When mayoral candidate Sheila Dixon vowed to “clean out the Department of Transportation” at a forum last week, she signaled trouble for the larger-than-life mural at DOT headquarters in the Benton Building.

Once Dixon (or any of the other candidates who piled on to the “purge” idea) takes office, they’ll apparently dispatch some pink slips.

That would mean farewell to DOT Director William M. Johnson, who is memorialized in the 2013 mural with multiple images: being sworn in by Mayor Stephanie Rawlings-Blake, addressing the media and posing proudly at the mayor’s side.

How would the department handle the empty spaces of a Johnson-less and SRB-absent mural?

After all, people is what the mural is really about, DOT spokesperson Adrienne Barnes told us a few weeks ago.

“It was done as an appreciation to all of our employees,” she said. (And she never did answer our question about how much the mural cost.) 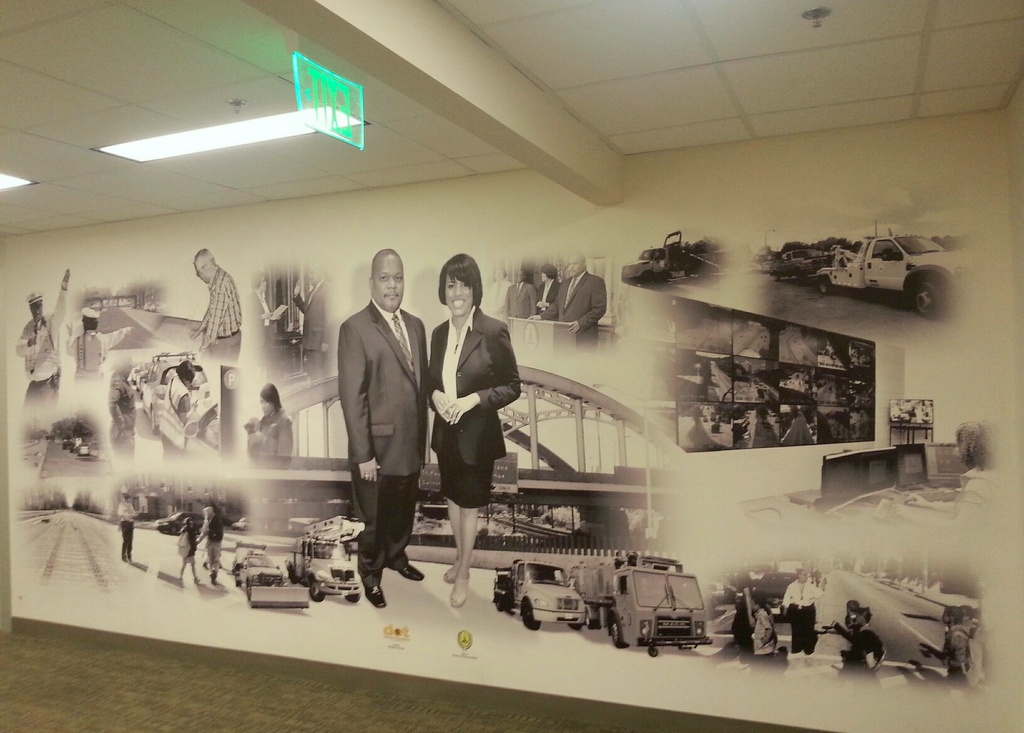 Celebrating DOT’s mission, its leader and his boss on a wall at department headquarters at 417 E. Fayette Street. (Ed Gunts)