As wind whipped through downtown today and the city braced for another cold night, evening commuters drove past several people preparing to spend it right on the sidewalk on Baltimore Street.

At the Guilford Avenue intersection, one man lay on his side near a venting steam cover, his bare legs exposed, a single blanket covering him.

A woman and child waiting for the light to change looked down at him and moved on. An office worker looked at him, doubled back and looked down again, appearing distraught, but never rousing him.

He lay absolutely still. People stepped around him.

Then an MTA bus stopped in the middle of the street and the driver dashed over.

“Sir, are you alright? Are you okay?” she asked him.

The man got up, staggered a bit and asked the first passerby he encountered for “some money for the bus.” 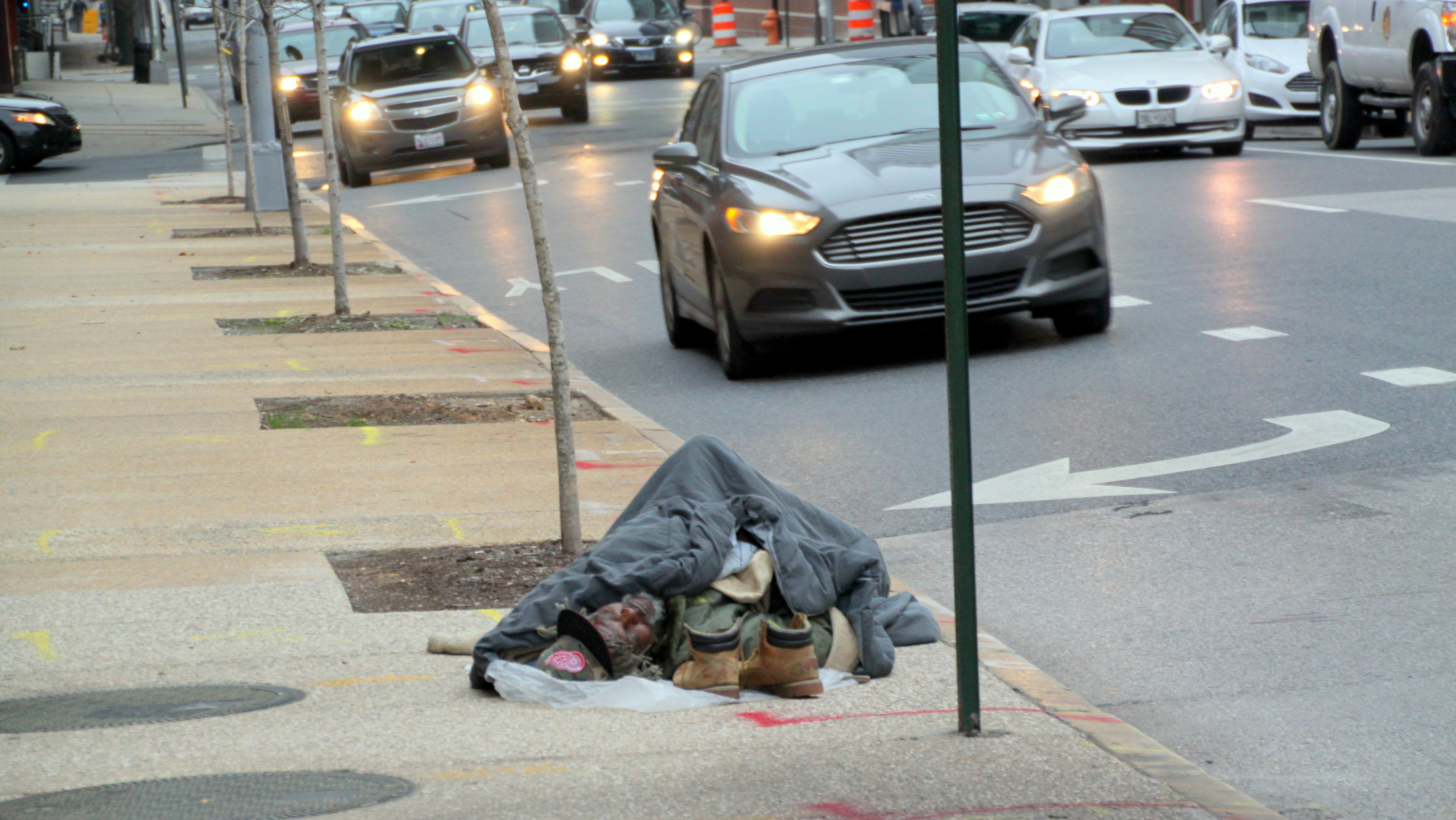