City officials addressed a crowd last night on the subject of homelessness, standing in front of paper “doves” with the names of the 165 people who died in Baltimore last year while experiencing it.

With “Marcus” and “Cowboy” represented behind her, Mayor Catherine Pugh repeated past points she has made stressing housing.

Standing in front of “Melvin” and “Nikea Nicholson,” City Council President Bernard C. “Jack” Young took his turn, echoing the mayor and also noting that he had a brother “who was homeless – by choice.”

But the people who really knew some of the 165 – an unprecedented number of deaths, up 62 % from last year – stayed back in the crowd at this annual twilight ritual, Homeless Person’s Memorial Day.

Toddia Barnes, her eyes wet with tears, clipped one of the doves onto the line strung across War Memorial Plaza in front of City Hall and the colorfully-lit City Christmas Tree.

“They were my friends. They were my clients, some of them,” said Barnes, a peer counselor with Power Inside, which helps women and girls impacted by incarceration, street life and abuse.

Advice From the Street

It was a poignant location for this year’s memorial, held by tradition on the Winter Solstice, the longest night of the year.

Among those remembered last night was Lawrence Alexander, whose body was found earlier this month on the Fayette Street side of the plaza, right in front of City Hall. 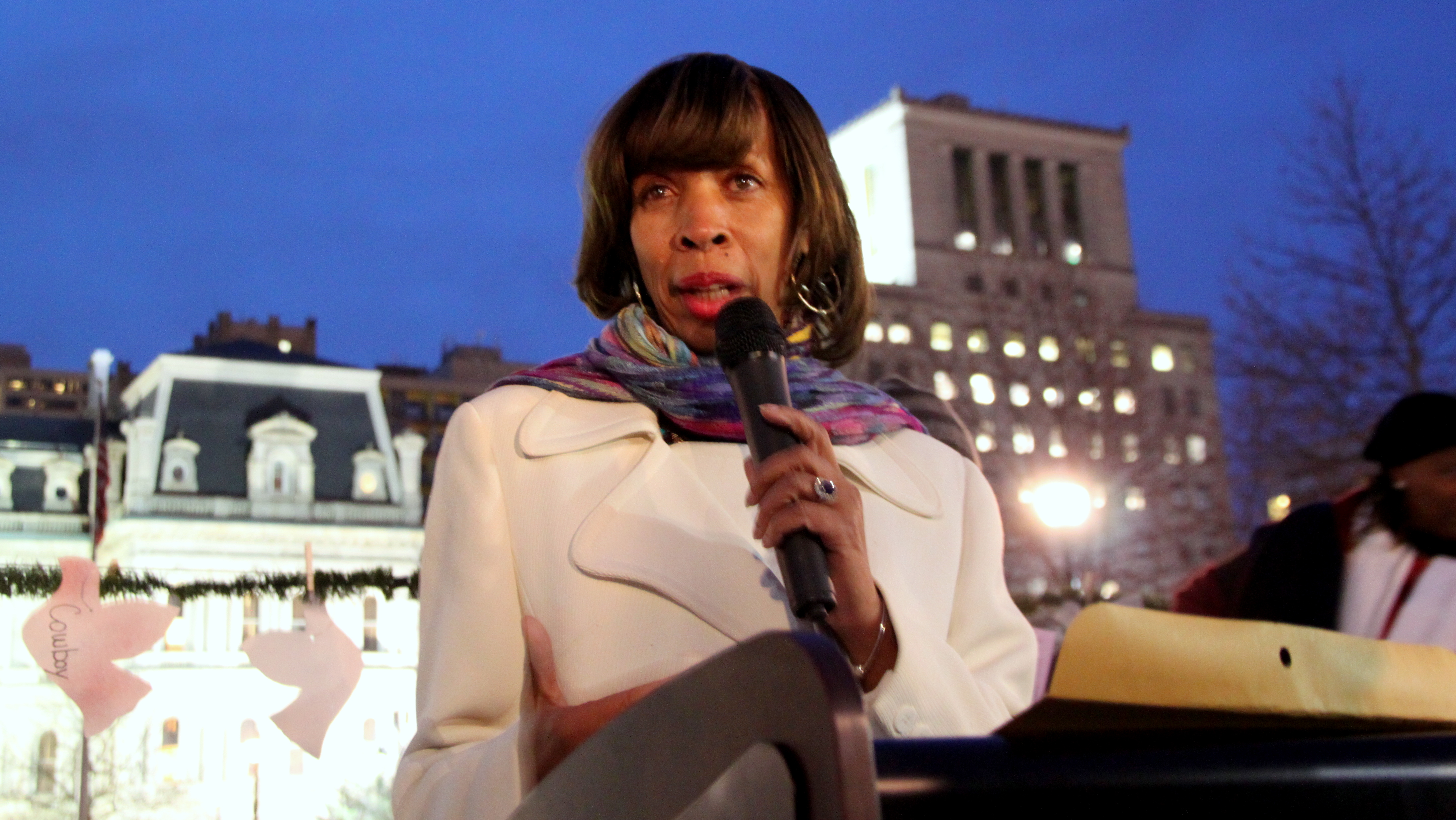 The City Hall staging also underscores the hope among advocates that Pugh, the new chief executive in the building, can refocus homeless and housing policy that has been mired for years in controversy and bureaucratic drift.

What advice, Barnes was asked, would you give Pugh?

“Open up more houses for them to live in. Places for people to stay,” she said, the words tumbling out.

Yes, more soup kitchens, she said. (As she spoke, Activist Duane “Shorty” Davis was serving vegetable soup off the back of his truck and a line had formed on one side of the plaza.)

“But we really need more outreach,” Barnes said. “You have to actually go up to people, say to them, ‘It’s cold, would you  like to go to someplace warm?’”

She noted that people in need often don’t have transportation to get to far away resources.

“And that’s another thing – the people who need help and a place to stay are not just downtown,” she added. “They’re all over the city. 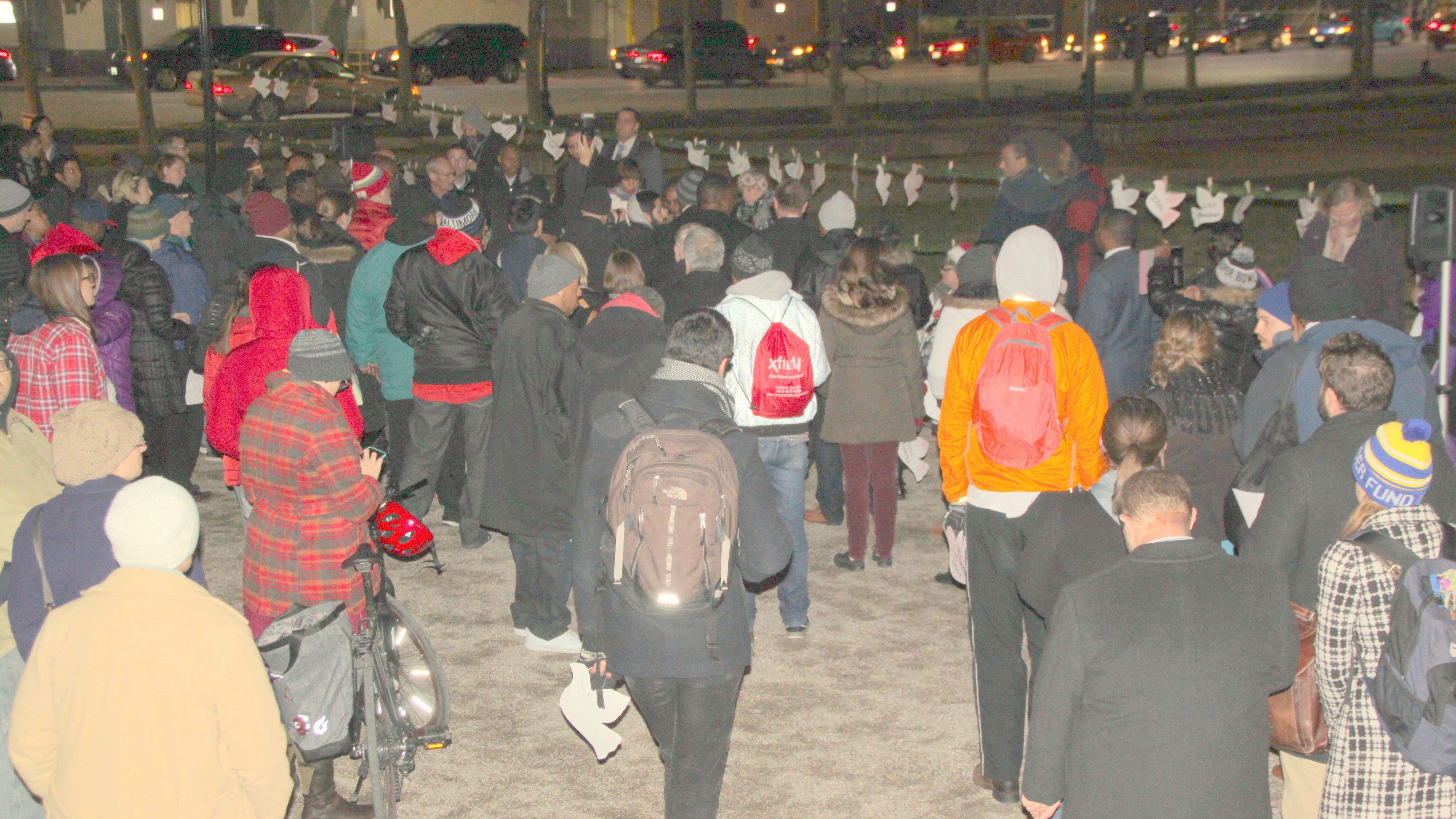 At Baltimore’s Homeless Person’s Memorial, the crowd listens as the names of the dead are read aloud. (Fern Shen)