The tents and the people who lived in them are gone. A temporary fence has been erected. Post-holes have been dug along the sides of the exit ramps on and off Route 40 at the intersection with Martin Luther King Jr. Boulevard.

The city is erecting permanent fencing to keep homeless people away, not just from the south side of U.S. 40, where they were living until Friday, but the north side as well. (The protected area in between, below the highway, was cleared of squatters and fenced off two years ago.)

Friday’s razing of the encampment, for what Baltimore officials said were health and safety concerns, proceeded according to plan, a spokesman for Mayor Catherine Pugh said.

“Six people. . . who we have worked with for weeks to ascertain their needs and eligibility for services were transported to a local hotel on Friday,” Anthony McCarthy, Pugh’s director of communications, said in an email.

McCarthy confirmed that Pugh was informed of and approved of the eviction, which drew criticism from housing advocates who have been asking the new administration to avoid encampment clearings or handle them more carefully.

Advocates have been pressing Pugh to articulate more long-term goals and strategies around affordable housing and homelessness.

“The mayor is also working with several city agencies and public sector partners on a plan to address homelessness,” McCarthy said. “An announcement should be forthcoming.”

Advocates were on hand Friday to watch the process, as residents bagged up their positions and city crews waited to clear the strip of grass of its six tents.

Several people, in addition to the six who were moved to a hotel, said that morning they also were part of the encampment. James Johnson, one of the residents relocated last week, told The Brew that nine people lived there, two of them women.

But McCarthy said these individuals “were not offered specific support” because they “could not be identified by any of the outreach organizations who have been working with this encampment for some time.” 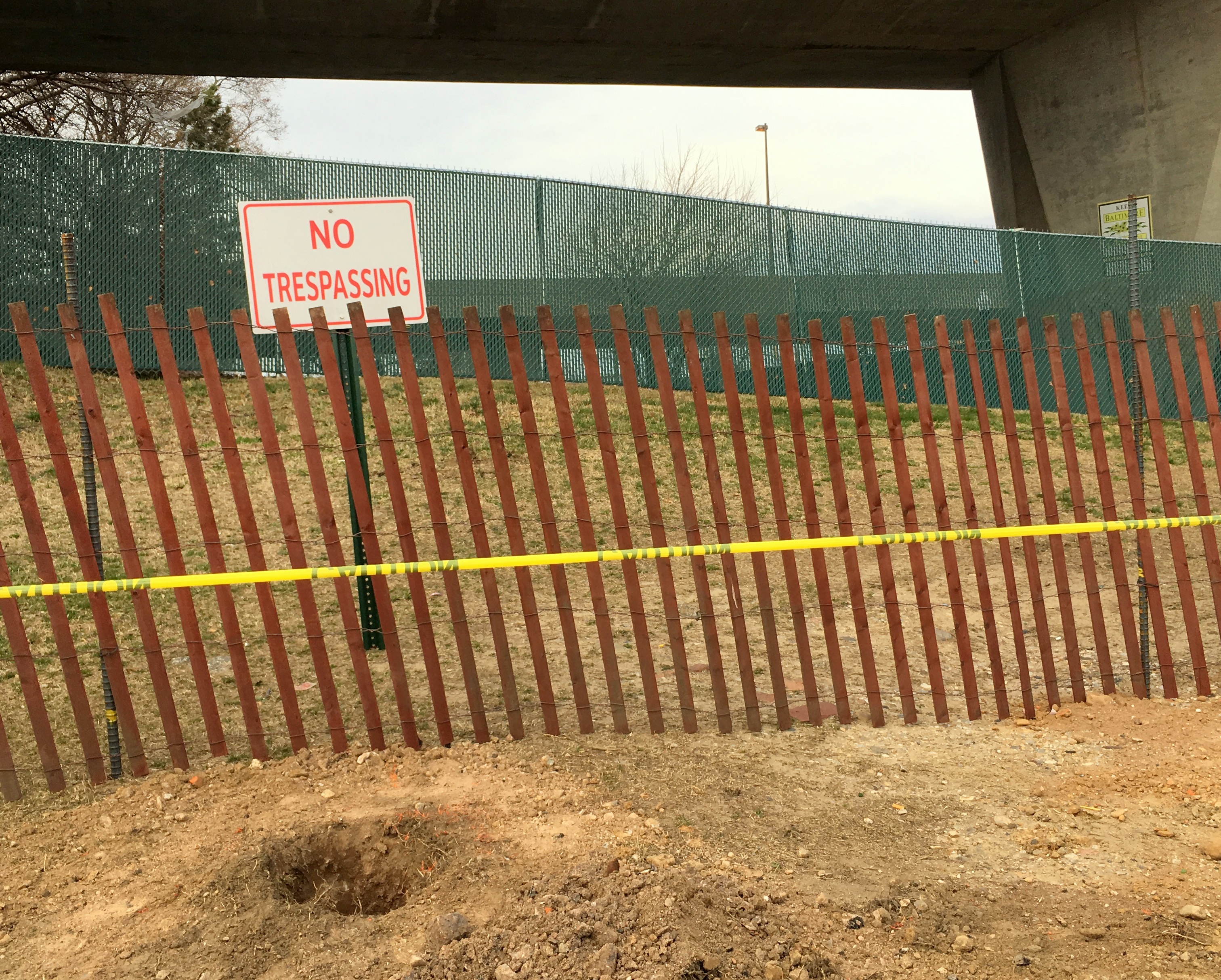 The green fence in the background is the fence the city erected during the Stephanie Rawlings-Blake administration. (Fern Shen)

Asked to describe what is being done to help the residents with permanent housing and other issues, McCarthy answered this way:

“We are not at liberty to discuss individual cases. Each of the individuals has received a commitment for a voucher program and is receiving individual case management to ensure they receive all services for which they are eligible.”

He was also asked how much it will cost to fence the area off.

“It was part of a larger order at DOT [the city Department of Transportation],” he said. “Not sure of the exact amount. I have heard a few estimates all less than 60-70K.”

In a related matter, McCarthy said the Pugh administration is continuing to search for replacements in the now vacant positions of executive director of the Housing Authority of Baltimore City (HABC) and commissioner of Housing and Community Development (HCD).

Both posts had been occupied for more than a decade by Paul Graziano.

Mayor Pugh said she wants to separate the two jobs in keeping with national best practices.

“We are beginning the process of identifying candidates from the large pool of applicants to begin the process of making selections for leaders of HABC and HCD,” McCarthy said.