They have sprouted up like oversized mushrooms in a leafy corner of Druid Hill Park – a half dozen granite-gray plastic “bike lids” or covers where bicycles can be locked and kept out of the elements.

Located next to the Jones Falls Trail, they’re a nice park amenity for city cyclists, but they have one odd feature: their signage says “Charm City Circulator’s Water Taxi Harbor Connector.”

Such bike lids were installed a couple of years ago when Baltimore started its water taxi service as part of the Charm City Circulator free bus network.

So why have some of the lids reappeared in a quiet grove of trees far from the waterfront? 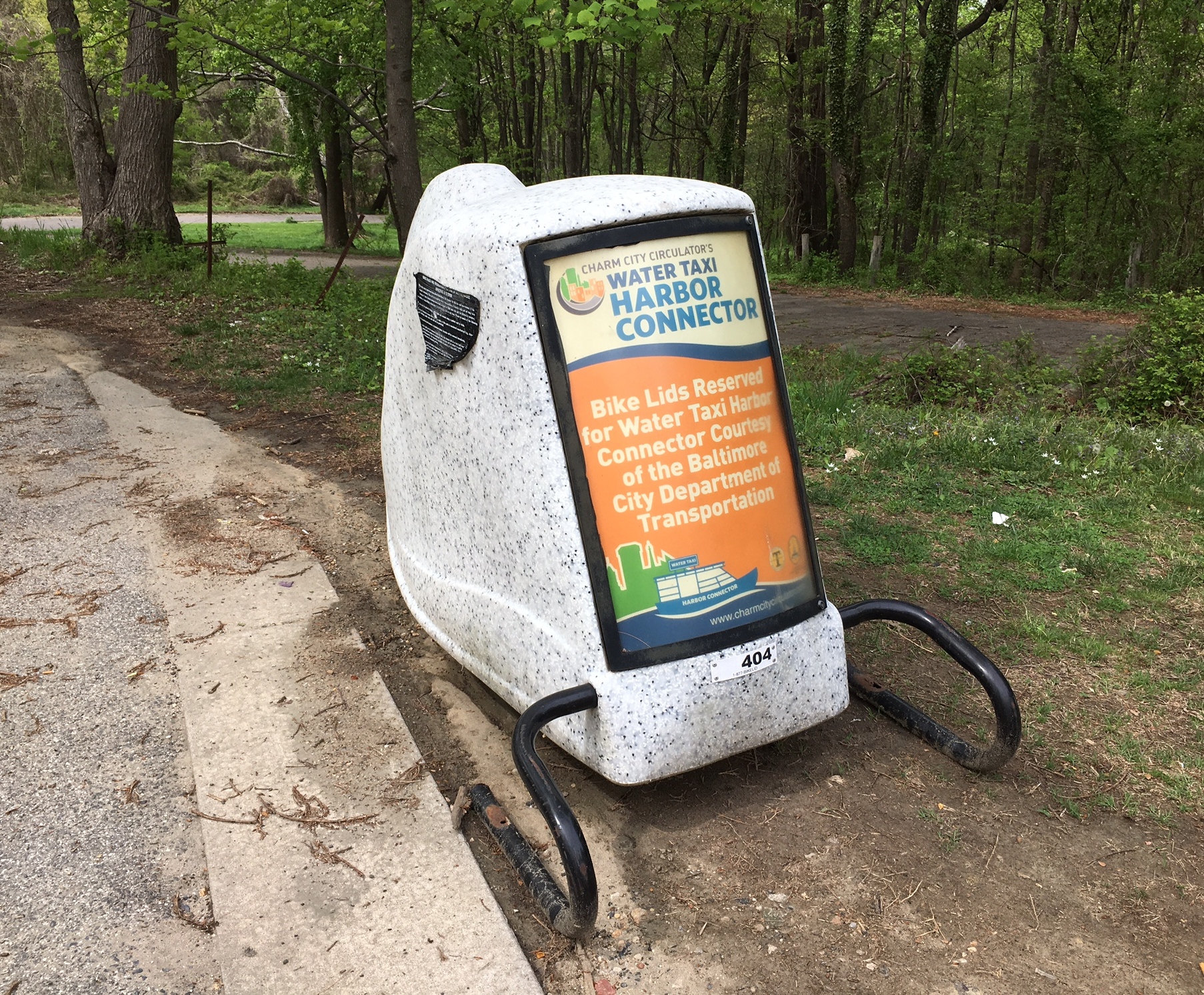 We turned on Monday to DOT spokeswoman Adrienne D. Barnes for an explanation since the signage on the bike covers said they were provided “courtesy of the Baltimore City Department of Transportation.”

Barnes responded quickly to say she would look into it.

Two days later, on Wednesday, Barnes offered this update: “We are still investigating this matter and will advise when we find out more definitively.”

The lids were originally located at Canton Waterfront and Thames Street, but problems developed there.

“The homeless began using the lids for shelter and storage,” said BCRP spokeswoman Roni Marsh. “As a result of community complaints, DOT offered the lids to BCRP.”

Why then do the lids still say “Water Taxi,” “Harbor Connector,” etc?

“The key to change the advertisement was not provided, which is why the water taxi logo is still there,” Marsh explained.

(Apparently, in addition to having a place to lock your bike, the lids have got a way for the city to lock access to the signage.)

As for why Rec and Parks chose the wooded spot to park the lids, proximity to the park’s disc golf course is the reason.

“The lids are now being used in Druid Hill Park for the disc golf players to lock up their bikes while they play,” Marsh said.

On two recent visits to the spot, none of the lids had bikes in them.