Bicyclists won a temporary restraining order against plans to remove a cycle track on Potomac Street in Canton that has sparked a heated dispute between Mayor Catherine Pugh and bike advocates.

The mayor’s chief of strategic alliances, James T. Smith Jr., had informed residents that the Department of Transportation would be “totally removing” the newly-installed cycle track and reverting to the old configuration in which cars could be parked next to the curb.

Demolition of the $775,000 track was to start on Monday, Smith wrote, to be followed by the submission of “multiple” new bike infrastructure concepts for Potomac Street.

These concepts will be circulated to the Fire Department and other city agencies for comment, Smith said, then be subject to a public hearing “where residents, multi-modal advocates and bicyclists can provide input on proposed designs and determine their preference.”

The goal of the new Potomac Street design will be “to strike a balance among traffic calming, transportation safety, the bike infrastructure needs, engineering and code requirements,” Smith explained, concluding, “We look forward to an open and transparent process that leads to the best results for the residents of our City.”

The decision to remove the bike lane came after Mayor Pugh told reporters that Potomac Street “got to be up to code” and not violate a provision of the fire code calling for 20-foot clearances on roadways to allow fire and other emergency vehicles to pass safely.

Bikemore, the advocacy group that secured Friday’s restraining order on behalf of two city residents, has described the removal of the cycle track as arbitrary and capricious.

The complaint by Marisa Saville and Stephen Iannelli argues that the city has installed miles of reverse-angle parking and approved private developments that fail to meet the “20-foot-clear” standard.

A third cycle track, installed on Maryland Avenue and Cathedral Street between Johns Hopkins University and downtown, has not been directly impacted by the growing dispute.

Bikemore, however, has told supporters that the Maryland Avenue track is now under re-evaluation by the Pugh administration and the Downtown Bike Network has been halted. 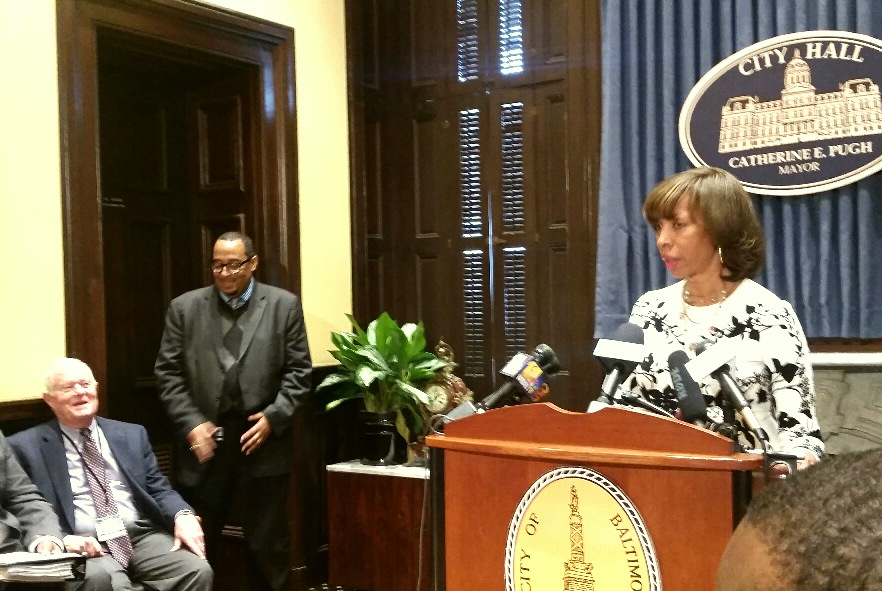 Mark Edelson, a lawyer representing the two plaintiffs in yesterday’s hearing, said the city is jeopardizing hundreds of thousands of dollars of state and federal funding by its actions.

“This shortsighted decision puts this funding at risk. Our city was already forced to walk away from federal funding for transit and improved mobility. We will not allow that to happen again,” Edelson said, referring to the cancelled Red Line light-rail project.

“Bikemore had hoped this would have been resolved another way,” she said last night. 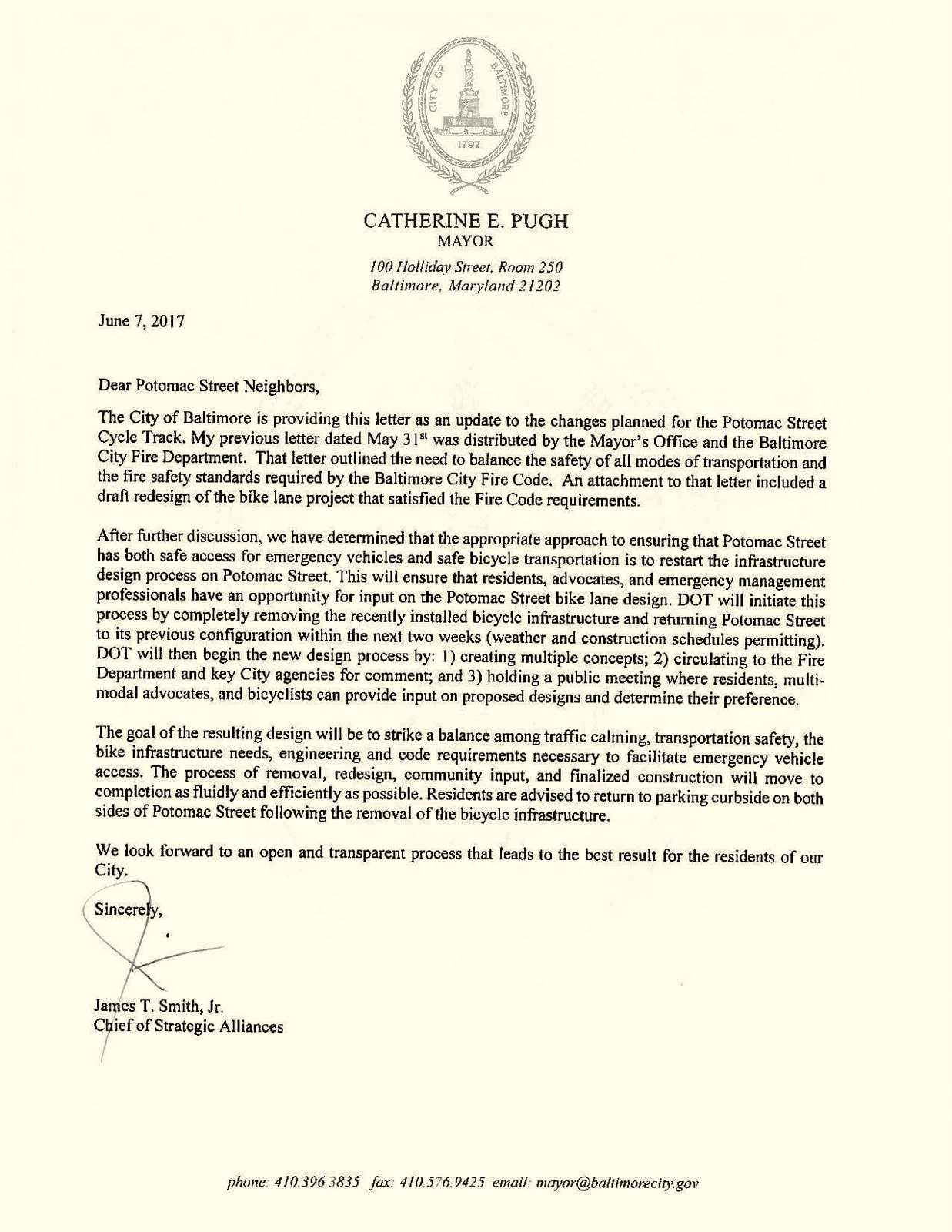