Some came out in wheelchairs. Others were pushing walkers. Many dragged plastic garbage bags and suitcases containing their possessions, throwing them onto a waiting truck.

After more than two months at the Pinderhughes shelter in West Baltimore, its occupants – most of them participants in the August “Tent City” homeless protest – were moved out by city officials yesterday.

Originally promised assessment and permanent housing, several were not happy about going to another emergency shelter.

“They told us we have to go,” said Calvin Thornton, 48, explaining that he did not like where they were being taken – the Helping Up Mission (HUM) on East Baltimore Street.

Thornton said he has had bad experiences with the Christ-centered sobriety regimen at the mission.

“They make you give up everything: your phone, your bank card, your Independence Card. I won’t do it,” said Thornton. (City officials said the Pinderhughes group will not be subject to HUM’s religious requirements.)

Samantha Smith, the Tent City participant in charge of the shelter, had a sunnier perspective.

“Everyone voted to go so no one was forced,” she told a reporter.

Smith, chosen to lead the original Tent City group when Mayor Catherine Pugh negotiated an end to the protest, said she was being given an apartment. 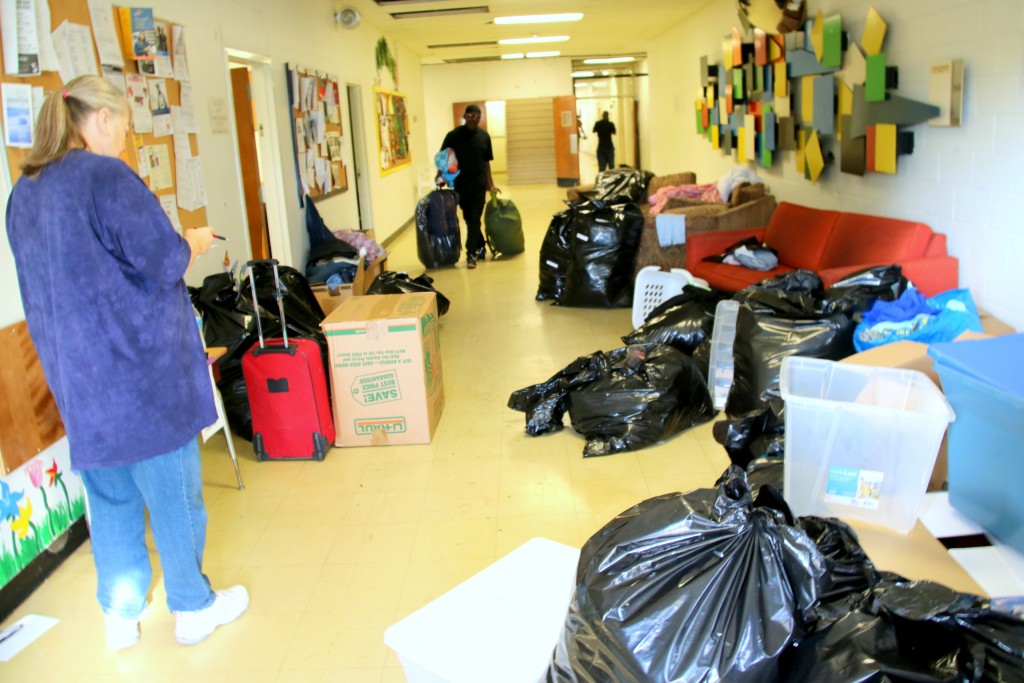 Residents gather their belongings in preparation for the move to Helping Up Mission. (Fern Shen)

As occupants of the building cleared out (about 35 people went to HUM, city officials said), Smith was on the phone with, she said, the mayor’s chief of staff, Kimberly Morton.

“NO, NO! The tall one with the two chairs!” Smith said into the phone, picking out the furniture for the apartment the city has selected for her.

Other residents moved in an orderly fashion towards two waiting vans under the direction of Chris Rafferty, deputy director of the Homeless Services program.

A Brew reporter watched, photographing the process and talking to residents. A member of the group Baltimore Bloc, which supported the Tent City action, was there as well, taking video.

Suddenly a  security guard told the Brew reporter to leave. (The Baltimore Bloc member later said she also was ordered out.)

“They’re telling me you have to stop taking pictures and interviewing people,” the guard said. “You have to leave the premises.”

Issuing a command to get out of the parking lot and go across the street, the guard physically shoved this reporter. 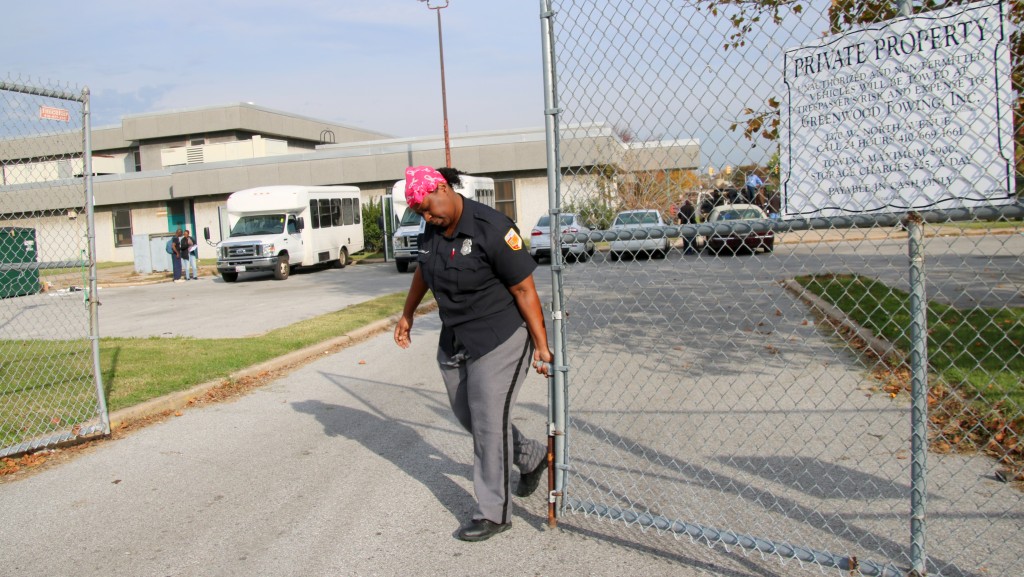 A guard closes the gate after ejecting a reporter from the grounds of the Pinderhughes building. (Fern Shen)

Residents who tried to speak with me were told to come away from the fence. After closing the gate, the guard called a Baltimore police officer who approached and ordered me to leave a public sidewalk.

After photographing two vans with the Pinderhughes residents pull away and head east, I did.

Several participants said they regretted having to leave many belongings behind.

Permanent Housing? Still Working on it

Terry Hickey, the director of the Mayor’s Office of Human Services, said in an email that he could not discuss Smith’s new housing arrangement “for privacy reasons.”

As for the others, he said that the city is using HUM facilities as “bridge housing” while their housing plans are “completed and implemented.”

That’s essentially what the group’s status was at Pinderhughes.

So why the move?

“HUM is closer to downtown services and has access to a number of amenities which will allow residents to focus on their own individual needs,” Hickey said. “Participants in bridge housing are welcome to avail themselves of HUM services and programs if they wish, but there is no requirement that they do so, including the faith-based component.”

“We are working with each resident to provide permanent housing and, just as important, personal support and wrap around services,” he wrote.

Not all of the Pinderhughes facility were original Tent City participants. Kenneth Mitchell, for instance, said he had only been there a week.

He said after a year of hospitalization for an infection that resulted in the amputation of his leg, he wound up in a nursing home.

“The nursing home took my check, and I had to come here,” he said, adding that he wasn’t sure what to expect at Helping Up.

“I have no idea until I get there,” he said.

Asked why a journalist was barred from reporting on the scene, Hickey said that “security was directed in advance to enforce this policy.”

Told that a reporter was shoved by security, Hickey replied, “my apologies.”

“That is certainly not appropriate,” he continued, “and I will follow up on this Monday.” 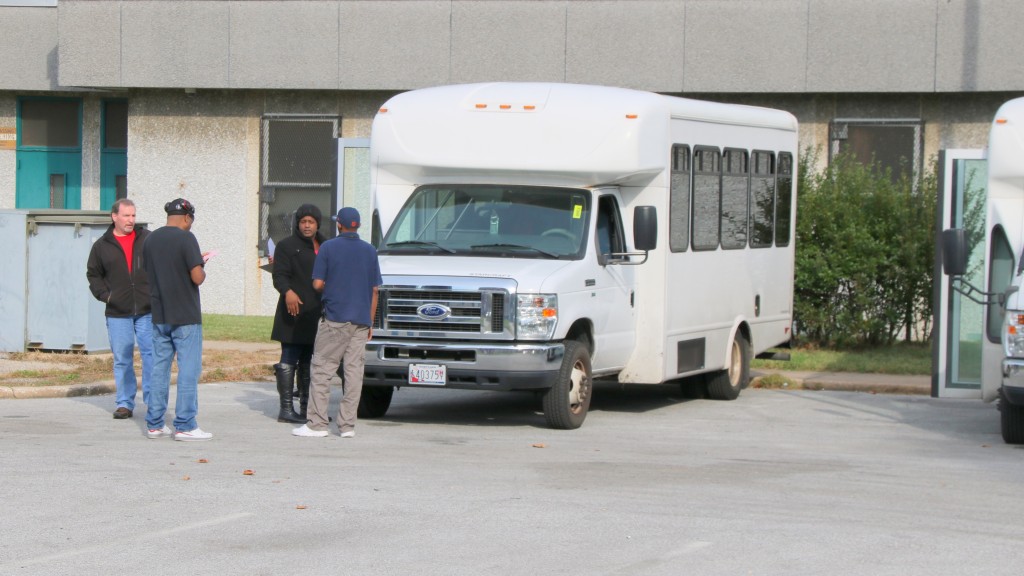 A van is readied to carry Pinderhughes residents to their new quarters in East Baltimore. Pinderhughes has been designated a “Code Blue” emergency homeless shelter this winter. (Fern Shen)