After a group of Baltimore homeless service providers and advocates today discussed a proposal that they partner with the city on a joint task force on street homelessness, the group voted to take a step back from the idea.

Instead, the Continuum of Care (CoC) board voted to bring a somewhat different proposal to the full group when it meets next week:

Setting up its own task force to discuss ways to improve outreach to people who are “street homeless.”

“The question got raised whether it was appropriate for us to work with the city. The upshot of that discussion was that we would establish our own work group or committee,” said Joe Wood, chair of the board.

The issue of encampment clearing was the source of the background tension at today’s meeting of the CoC board, an entity given authority under a 2008 federal housing law.

Concern that the “joint task force” would serve to normalize the practice of encampment clearing prompted criticism of the idea earlier this week.

Meaning of a Memo

Some advocates were alarmed by a memo which lists Terry Hickey, director of the Mayor’s Office of Human Services as a task force co-chair, that described the thinking behind forming the group. It was included in the CoC Board’s agenda packet for today’s meeting. 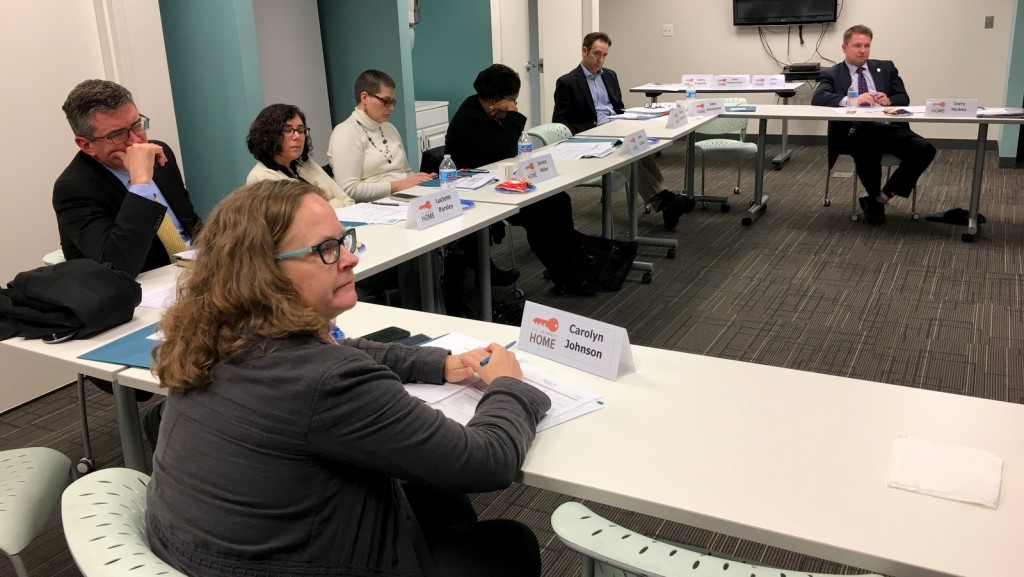 Members of the Continuum of Care Board at their meeting today. (Fern Shen)

Hickey said yesterday that the idea of the task force was broad and not meant to focus particularly on clearing encampments, clusters of people sleeping in tents and makeshift shelters who have been increasingly visible lately in downtown Baltimore.

But advocates were skeptical, in part because the city has razed several encampments, despite the recommendation by a mayoral task force that they discontinue the practice.

The latest of these evictions was undertaken yesterday.

A group of people living along the Fallsway were told they had to leave by a staffer who works under Hickey. He was backed up by police and Department of Public Works employees driving trash trucks.

Hickey told the CoC board today that the memo was “a draft” put together by a member of the CoC executive committee and a staffer in his office. He said Mayor Catherine Pugh knew nothing about it.

“The concept did not originate with the mayor, and I have not discussed it with her,” he later told The Brew in an email.

He said the intent “was to explain it at the meeting tonight and get input which is what ended up happening.”

At the end of today’s meeting, the input was blunt from longtime housing advocate Jeff Singer:

The onetime president and CEO of Health Care for the Homeless denounced encampment clearings and criticized the board for not doing likewise.

“Given the Continuum of Care and its members’ historical opposition to encampment destruction and the knowledge of homeless services providers and outreach workers and people experiencing homelessness that encampment destruction doesn’t benefit anyone, I’m surprised that the Board did not take a strong and forceful position and condemn the city for its current frenzy of destroying encampments,” Singer said.

He called on the group to take that action when its full membership comes together for a meeting next week.

“We all need to do our best to make that clear,” he said. “To publicly and forcefully condemn these actions and refocus energy on positive things.” 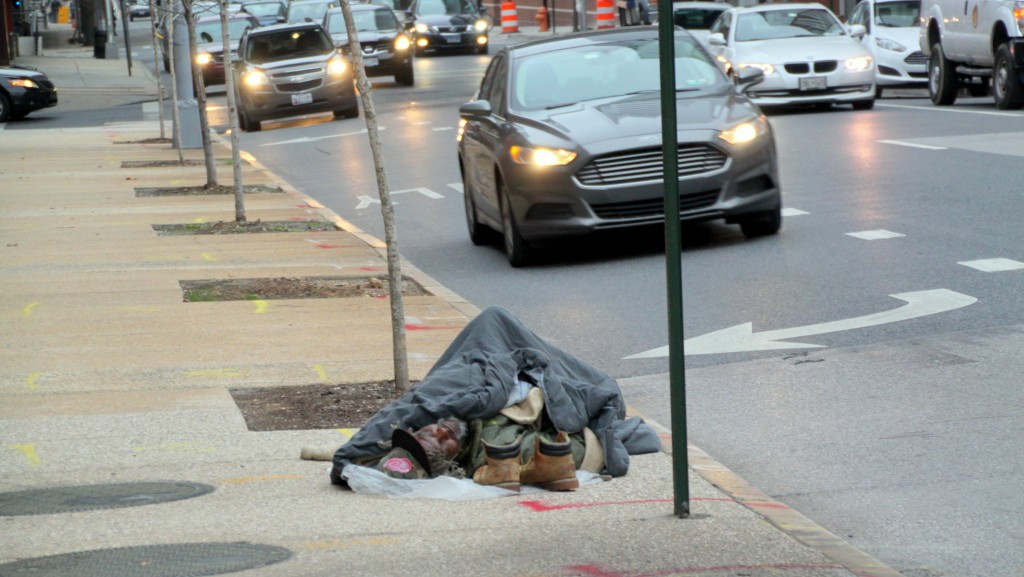 Sleeping on Calvert Street next to the Baltimore Sun building. (Fern Shen)