City auditor Audrey Askew told the Board of Estimates today that the Mayor’s Office of Human Services (MOHS) failed to meet its 2015 and 2016 targets in the area of homeless services.

So scrambled and internally “unreliable” were the agency’s targets that it was impossible for the audit to pinpoint how much homeless services lagged behind its goals.

All that could be determined was that it never met the goals, Askew said.

Terry Hickey, the current director of MOHS, acknowledged the problems, but emphasized that they took place during the Rawlings-Blake administration.

The deficiencies cited in the audit have since been fixed, Hickey asserted. He noted that the staffer who was in charge of the performance measures has left the agency.

Under the city’s biennial audit program, Askew’s office is not scheduled to review homeless services’ current performance until 2020.

Back two years ago, ever-changing MOHS performance targets was one of the consistencies found by auditors. For example, the official 2016 target for moving homeless persons from temporary to permanent housing was 100%.

“However, according to a homeless services program analyst, the correct target should have been 60%,” Askew told the spending board.

“The actual amount reported in the fiscal year ’18 budget book was 30%. But according to a MOHS program analyst, the correct amount should have been 42%.”

“Regardless,” she concluded, “the target was not met.” 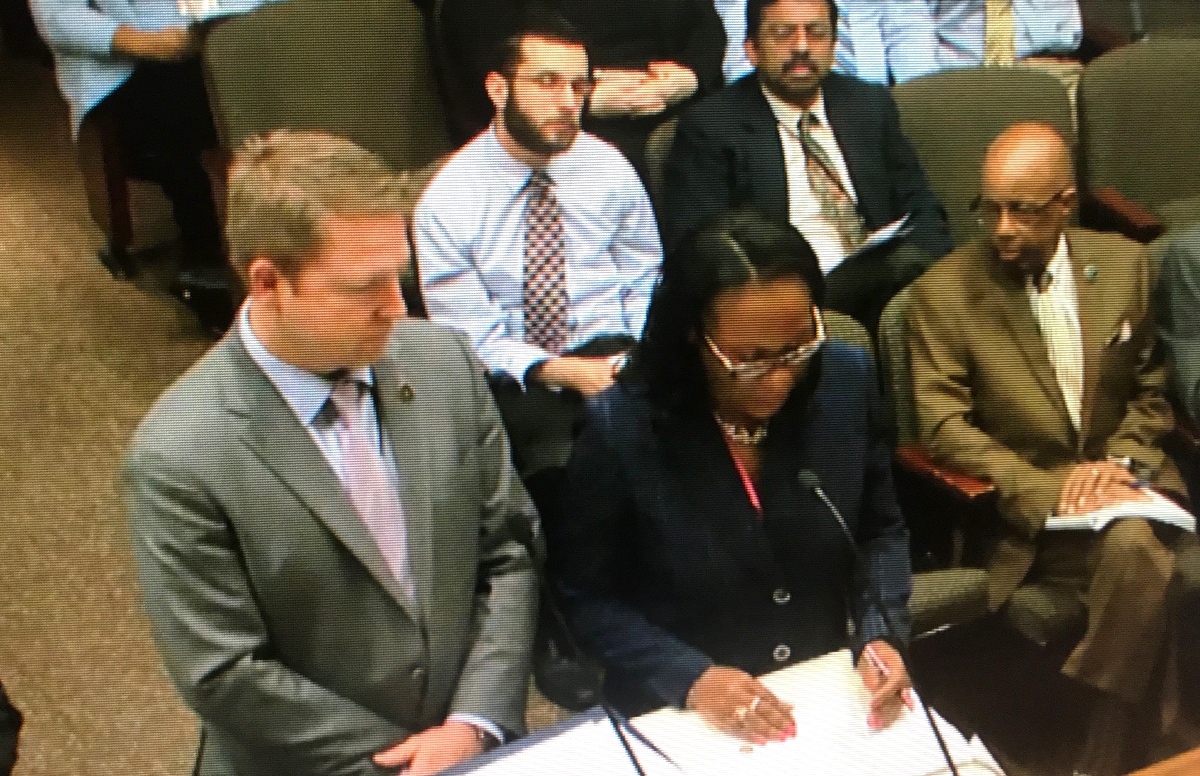 The same thing happened in 2015. “The target performance measure reported was 60%,” Askew said. “The actual amount reported in the fiscal year ’17 budget book was 50%.

In addition to cleaning up its record keeping, Askew called on MOHS not to go back and retroactively change performance measures in the budget book.

Such administrative tinkering “without adequate disclosure” leads to “misleading results,” she said.

Hickey, who became MOHS director last year, asked the board to evaluate the audit findings on a broader “contextual” level.

Lays Blame on the Providers

He said 2015 and 2016 were a time “of great turbulence and change” at MOHS as it faced an array of data-collection challenges.

“They [the prior administrators] were in the process of a major effort to increase the quality of its data collection and outcome measures to brand-new HUD standards, the first in decades.”

When he took over MOHS, “We were converting to a brand-new database. We were implementing new federal performance measures, and we were also trying to convince all of our grantees to enter their data into our system, often for the first time.”

The agency, Hickey said, was “completely dependent” on data entered by service providers, some of whom weren’t up to task of properly collecting and transmitting the data.

The discrepancies found by the auditor, Hickey said, were in large part an outgrowth of his staff “trying to correct a lot of these historical issues when we came on board soon after the mayor [Catherine Pugh] took office.”

“I want to make clear to taxpayers that we are a careful caretaker of tax dollars,” Terry Hickey said.

He said his staff has now righted the homeless services office in terms of data collection. “We have a strong data team. We have a brand-new stable data base and clear outcomes aligned with federal and state requirements and clear mayoral priorities.

He said he can “assure the members of this board and the general public” that MOHS has addressed all of the auditor’s concerns. “I want to make clear to taxpayers that we are a careful caretaker of tax dollars.”

The spending board accepted the audit and Hickey’s response without comment, with Mayor Pugh and City Council President Bernard C. “Jack” Young asking no questions before the meeting was adjourned.

Pugh off to Vegas

The Board of Estimates will not meet next week so that Pugh and Young can fly to Las Vegas for the International Conference of Shopping Centers convention.

(Last week, the BOE approved $5,608 in airfare, hotel and meal expenses for Pugh and two aides accompanying her to Las Vegas.)

The mayor is set to attend the “Maryland Party” at the Wynn Resort, where she will network with developers and other members of the local real estate community three time zones away from home.

After last year’s convention, Pugh returned to Baltimore filled with ideas about new grocery stores and movie theaters in neighborhoods that she said had been historically neglected by City Hall and developers.