Last month, Baltimore Brew described a defective “curb cut” that left Margaret Fulcher with a damaged house, cold air leaks, a mouse infestation and, she says, no just compensation from the city or its contractor.

The story got the retired accountant a letter last week from the city law department – but in the end, no help. 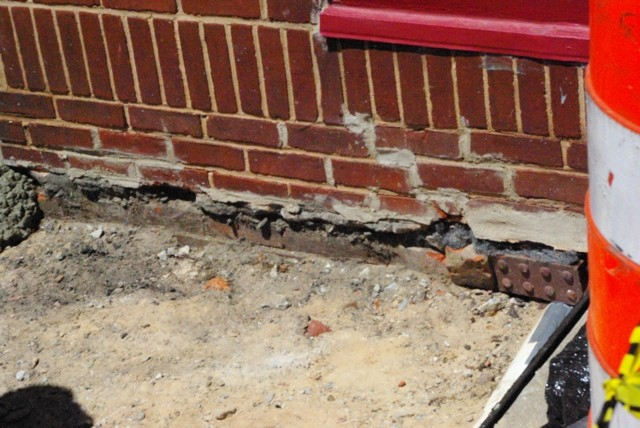 Foundation bricks that were damaged by jackhammering (above) were simply covered over by concrete poured by the workmen (below), according to Fulcher, who took these photos. 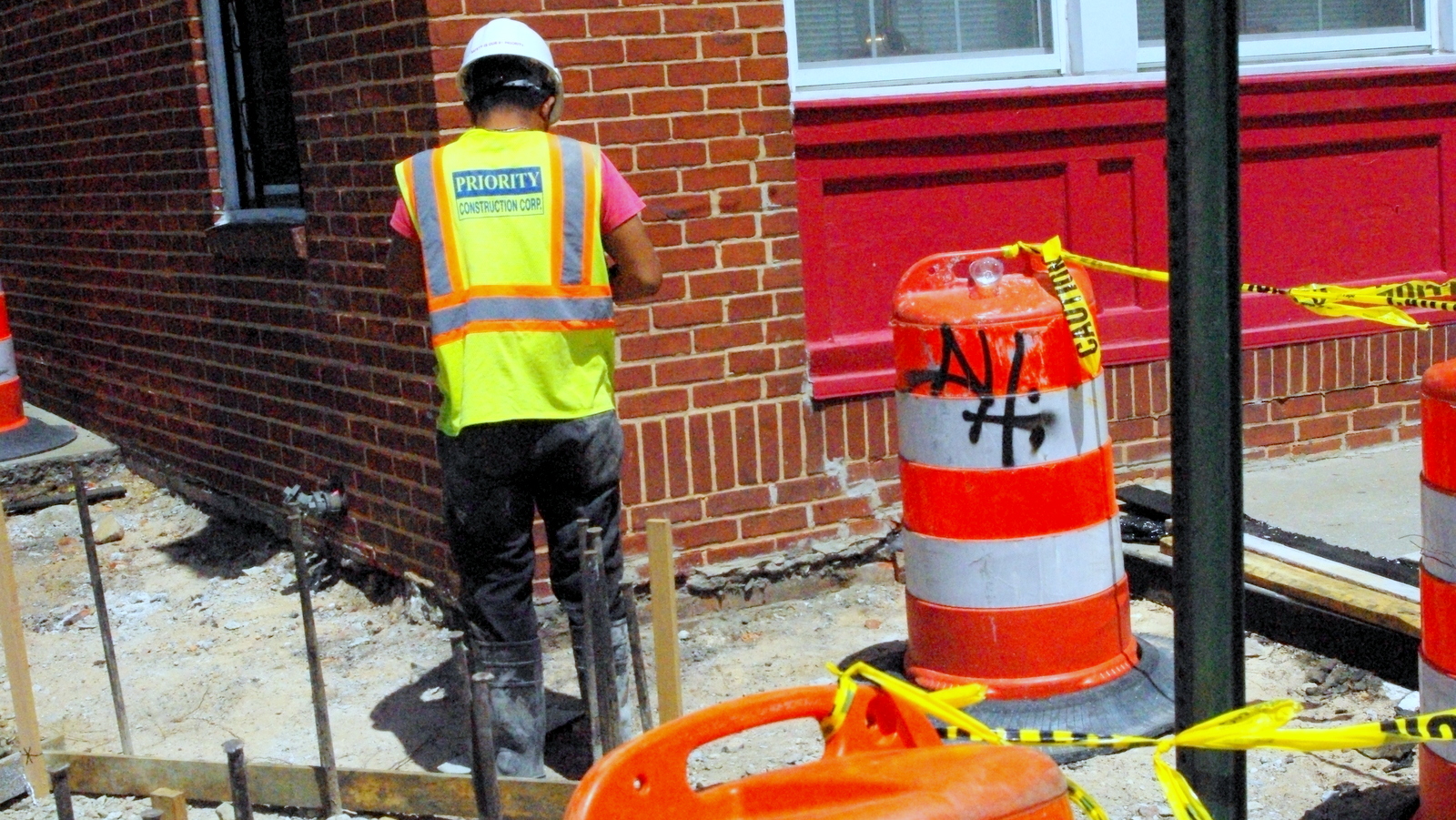 Fulcher says a city contractor damaged the foundation of her home and that she hasn’t been properly compensated. (Chase Hoffberger)

Fulcher had told us she was shocked by the damage caused to her East Baltimore rowhouse on April 21, 2017 by Priority Construction, the subcontractor for roadway paver P. Flanigan & Sons.

City inspectors – alerted to the problem – turned a blind eye, she said, and allowed the company to cement over the broken foundation.

The company’s insurer, Zurich American Insurance Company, eventually offered to pay Fulcher $1,087.96– a fraction of the $23,450 she says the repairs will cost.

Asking for help from the city, including from Mayor Catherine Pugh, she’d received none.

In August 2017, the city law department denied her claim.

And that was it until February 26, 2019, when they wrote her a letter “regarding the recent online article in the Baltimore Brew.”

“I understand that you are disappointed by the outcome of your claim with Zurich American Insurance Company,” wrote Patrick Hancock, chief of the Law Department’s Central Bureau of Investigation.

“P. Flanigan & Sons, like all contractors that the City hires to perform necessary work, is required to maintain insurance for potential liability claims, and the City is an additional insured on the policy,” Hancock continued.

“Therefore, any discussions regarding your claim for damages and cost of repairs are between you, P. Flanigan & Sons, and Zurich American Insurance Company,”  he wrote.

“I regret that I am unable to provide you with additional information at this time,” he said, concluding, “Please let me know if you have any questions.”

– To speak confidentially with this reporter, call 410-802-4990 or email editors@baltimorebrew.com .