When Sgt. Bill Shiflett emerged yesterday from emergency surgery at Shock Trauma after being credited with helping stop a mass shooting at a methadone clinic, he was not greeted by Baltimore’s mayor, as is customary following a major crime incident.

Nor was Bernard C. “Jack” Young around over the weekend when mass arrests of undocumented immigrants by ICE agents were expected to take place in many American cities, including Baltimore.

Instead, Young has been in Las Vegas, at a National Association of Counties (NACo) meeting, where he picked up an achievement award and was also spotted collecting swag from various exhibitor booths. (That according to a source who was there.)

The mayor’s spokesman, Lester Davis, said Young had a packed schedule during the convention.

The mayor left Las Vegas on a 5:30 a.m. flight today, Davis continued, and returned to Baltimore earlier this afternoon. He headed to see a recuperating Sgt. Shiflett, then convened a staff meeting to go over tomorrow’s Board of Estimates agenda.

Last week Young summarized to reporters what he saw as his mission as mayor: “Keeping the city moving. That’s what I’m focusing on every day.” 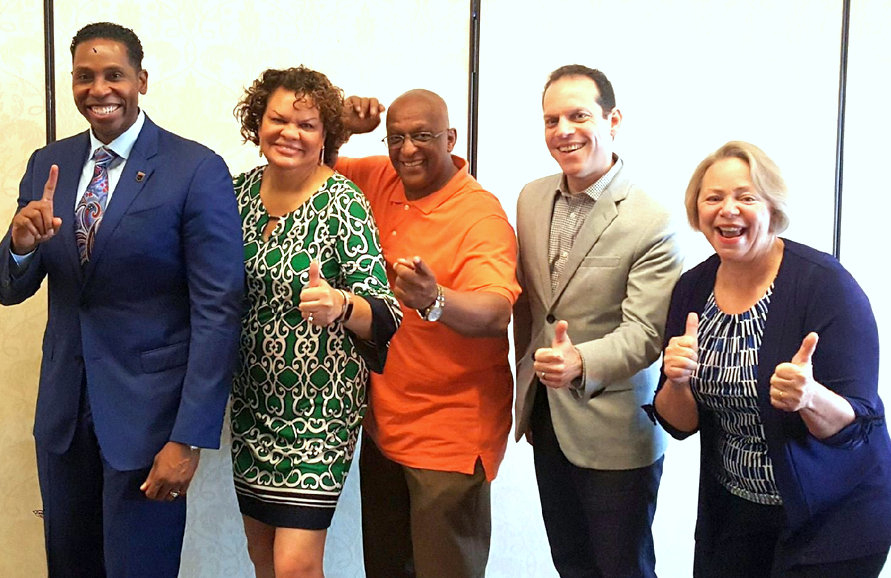 The mayor’s latest trip was not an anomaly.

He spent his first three days as mayor of Baltimore in Detroit, at a black county officials’ conference, after former Mayor Catherine Pugh resigned in disgrace on May 2.

Between May 18 and 23, he was in Las Vegas at the RECon shopping center convention that doubles as a venue for Howard Perlow’s legendary “Maryland Party” where real estate moguls and wannabes mix with politicians and government officials.

(During his nine years as City Council president, Young regularly showed up at RECon and attended the Maryland Party.)

Next Month: Off to OC

Since taking over as mayor on May 2, Young has been out of town on 16 of his first 75 days in office, according to travel voucher requests reviewed by The Brew.

That’s 1 out of 5 days during one of Baltimore’s roughest patches in history – a period when local government was shut down by a malware attack, city water mains were “breaking everywhere” (according to the mayor himself), and endemic violence has left 11 dead alone since last Wednesday, including the gunman at yesterday’s clinic shooting.

The trips will apparently continue.

On tomorrow’s BOE agenda is a $2,927.74 travel allowance for Young and an aide to attend the Maryland Association of Counties’ summer meeting at Ocean City.

(UPDATE: On July 24, the mayor requested the presence of three more aides at the OC conference, making for a total cost of $7,652.)

• Las Vegas, May 18-23, at International Council of Shopping Centers RECon. Cost including staff: $9,996

While in Las Vegas, Young was spotted by another attendee who said he saw him once during the convention.

“He was at the exhibit hall with a popsicle in hand, going booth to booth getting free souvenirs and swag, looking like he was having a great time,” said the source, who added:

“Then I didn’t see him for the rest of the conference, whether that be in the exhibit halls, delegation meetings or anywhere else.”

“Keeping the city moving. That’s what I’m focusing on every day.”  – Mayor Young.

Davis provided a list of meetings – ranging from two to eight per day – that the mayor was scheduled to attend between last Thursday and Monday night.

Between those meetings, Davis said, Young peppers his cabinet and staff with phone calls.

“The man calls incessantly. He’s checking in with all of his cabinet officials. I talk to him a couple of times. We’re organizing a bunch of meetings with state representatives. He’s always shooting me messages. It’s the whole shebang.” 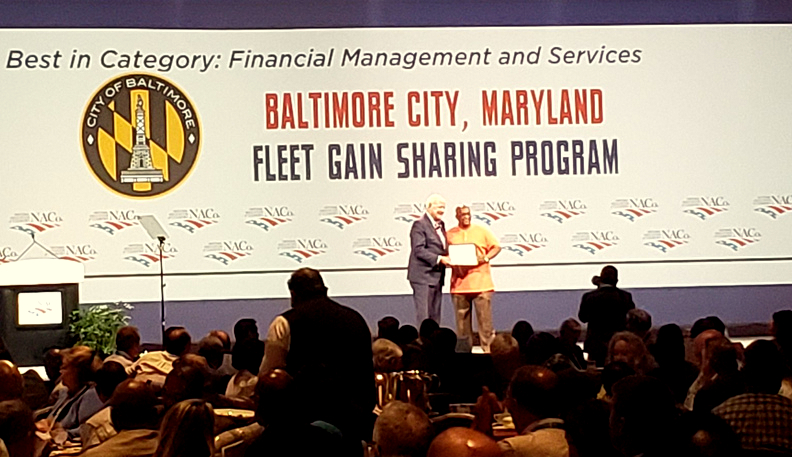 Opting out of Hawaiian Trip

In an exchange with reporters last month, Young made it a badge of honor to say that he decided not to attend the annual U.S. Conference of Mayors meeting, which was held in Honolulu, Hawaii.

“I didn’t want to hear people’s outcry like when I went to Detroit,” he explained. “I just don’t want to hear, ‘Oh, why is he there when he should be here in Baltimore? The crime is so bad in Baltimore. . . the city needs your here.’”

Last week Young’s office announced that, in absentia, the mayor had posted a major victory at the U.S. Mayors’ meeting.

A resolution that he co-sponsored with Carolyn G. Goodman (who happens to be the mayor of Las Vegas) calling on cities not to pay ransom in the event of a cyber attack was passed by the conference.

“I am proud to unify [sic] with the U.S. Conference of Mayors to stand up against these types of attacks and show people that they will not take control of our cities,” Young said in a press release.

According to Davis, the mayor’s recent trips were booked months in advance when he was City Council president.

Travel has been a useful opportunity for Young to learn from other leaders, Davis said, and his trips have not prevented him from successfully meeting every challenge that has been thrown his way since May 2.

“Everything that could have happened – spyware, main breaks, Poe Homes – you name it. Everything. And me and my staff have navigated and have work-arounds for just about everything that has happened in the city.”