Last September, after a citizen made a 311 call to report a broken pipe spewing city water into a Leakin Park stream, it took the Baltimore Department of Public Works (DPW) 72 hours to shut off the valve and stop the flow.

By that time, millions of gallons of chlorinated water had gushed into Dead Run, killing an estimated 2,000 fish, including scores of endangered * American eel.

The citizen, George Farrant, had reported the gushing, cloudy water on a Saturday morning at 9:15 a.m.

Despite Farrant’s multiple calls and conversations with Baltimore city and county officials, the broken pipe was still gushing at 3 p.m. on Monday. A contractor charged with stopping the flow didn’t show up until Monday afternoon and didn’t succeed until about 6:45 p.m.

A half dozen DPW officials, summoned to the City Council last week to explain the delay, did not contradict those basic facts, but they unleashed their own powerful flow, a tale of bureaucratic hurdles and technical challenges that went on for about 40 minutes.

“Because of the size of the pipe (12″ diameter) and the location (it runs under the Ingleside Avenue bridge), it was determined it should be turned over to the Office of Engineering and Construction,” said DPW’s legislative affairs chief Marcia Collins. 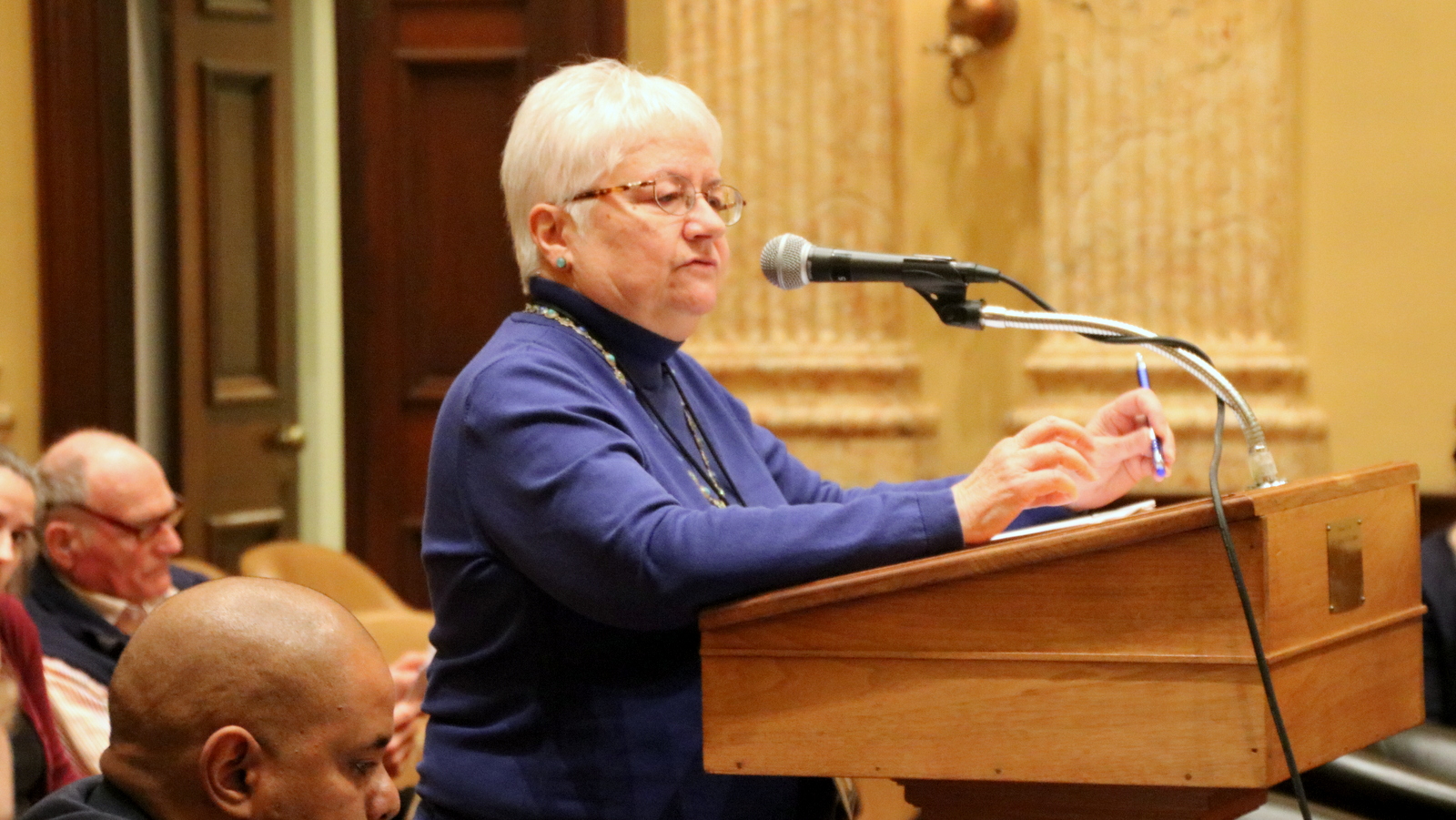 That triggered the task of “contacting and coordinating with a variety of people,” she said, reeling off the list: Baltimore County engineering and traffic officials, the “Water Analyzer Office” and “we had to reach out to the State Highway Administration.”

The break occurred in Baltimore County on a line maintained by Baltimore City.

DPW didn’t mobilize a contractor until Monday because, Collins said, “when we start valving off, we want to know that we’re there onsite ready to go, ready to make the repairs.”

By the end, Collins had lawmakers sympathizing with her agency’s plight and diagnosing the problem as largely a case of citizens unaware of the complicated and legitimate reasons behind delays.

“Put it on us to be that medium to figure out who needs to know that information,” he said.

Listening to this, Jack Lattimore – a board member of the volunteer group Friends of Gwynns Falls/Leakin Park – could barely contain himself.

“The Maryland Department of the Environment cited the city for breaking state pollution laws,” he said when his turn came to speak.

Lattimore, Farrant and other stream advocates had been hoping for an appearance at the hearing by MDE, which could theoretically fine the city $10,000 a day for its delayed response to the water break, but has yet to do so.

MDE spokesman Jay Apperson said the agency was not invited to the hearing, and no representative from the state showed up.

Lattimore: “We want to see somebody take responsibility for this spill.” 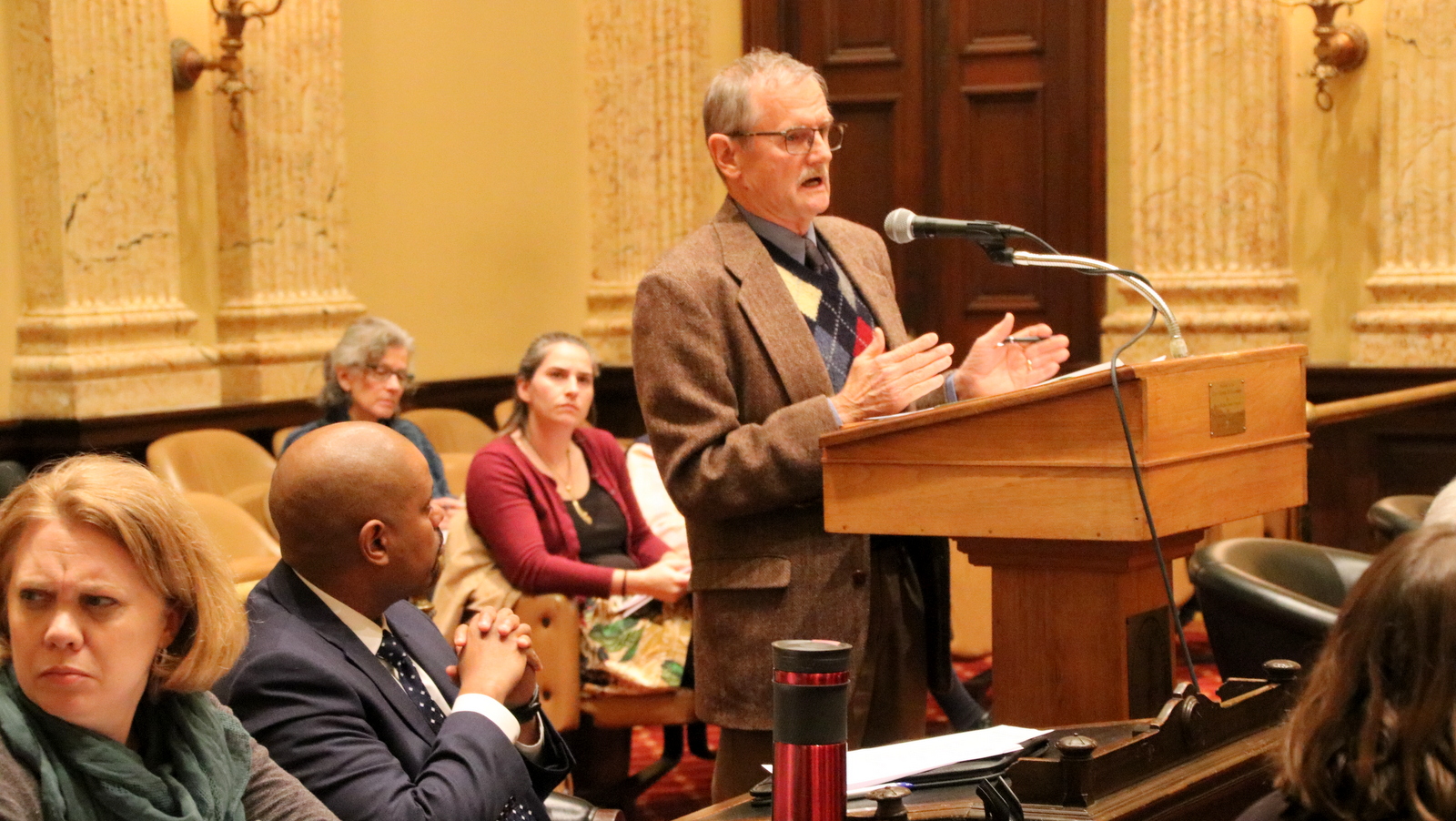 Jack Lattimore, of the Friends of Gwynns Falls/Leakin Park, pointed out that DPW was aware within an hour of the water main break. (Fern Shen)

Lattimore noted some previously undisclosed information, gleaned from the timeline DPW released at the hearing:

“Within an hour of the receipt of the 311 Service Request,” it said, “a Public Works maintenance inspector responded, confirming that a 12-inch water main was broken and discharging water into Dead Run stream.”

Here, Lattimore said, was the heart of the issue: “DPW was onsite within an hour and knew what was happening, and they did not send a crew out to fix it for 72 hours.”

“It strikes me as amazing that we would have this narrative – that because the event was so large, that is why it took so long to respond. That is unacceptable,” Lattimore said. “The larger the emergency, the quicker the response should be!” 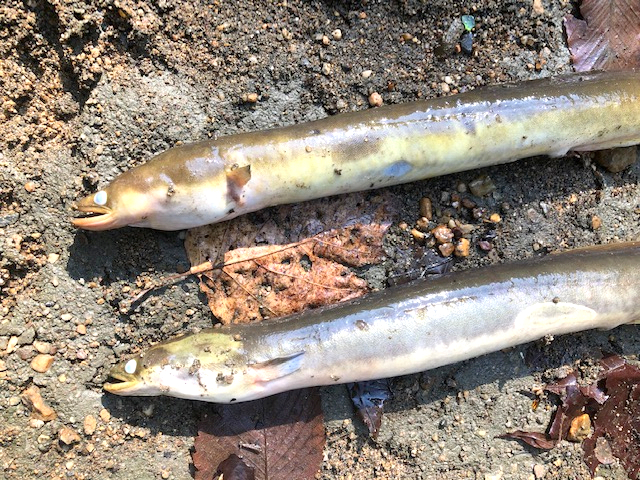 What happened at Dead Run, she said, demonstrates something many people don’t realize, that water breaks hurt the environment.

“Why should we worry about clean drinking water entering our stream? This is why,” Volpitta said, in a statement she submitted to the committee.

“Sensitive fish species were never meant to tolerate chlorinated water,” she said. “And the sensitive macro invertebrates that live in the stream simply can’t tolerate the enormous volume of water that gushed through it as a result of this pipe break.”

Collins had suggested that some of the delay stemmed from Farrant mistakenly thinking at first that the rupture was in a sewer line and being told by a city 311 operator that he should call Baltimore County, which has responsibility for sewer repairs.

“I don’t believe there was a communication breakdown at all,” Lattimore said. “It’s not Mr. Farrant’s role to decide whether it is sewer water or chlorinated water.”

What Now, if Anything?

Burnett asked at one point whether DPW was giving too much priority to the six customers who would lose service during repairs.

“Is there a way to improve response time when there is an ecological impact?” he said. “If my water’s out, I do have some ability to go get water, go to a neighbor’s house – fish don’t have that privilege.”

“Can we do a better job with mitigating the ecological impacts?” he said.

DPW staffers said the effects of small-scale planned releases of water from hydrants are sometimes mitigated with de-chlorination tablets. (They acknowledged that wouldn’t have been possible in this case.)

But Collins and her team never answered the question about improving response time when wildlife is at risk. Burnett told The Brew afterwards he would work on that issue with DPW.

Volpitta said procedures should be reviewed and DPW should be held accountable for “an ecological disaster” that “didn’t have to be as bad as it was.”

“It’s inexcusable to look at what happened and say, ‘Well, that’s what happened. We were following standard operating procedure. Everything’s fine. We did everything by the book,’” she said. “Well, it’s not good enough in this case.”

Reviewing and overhauling procedure is necessary she said, warning, “there is going to be a ‘next time.’”

Lattimore, meanwhile, is pushing state and federal agencies to act on DPW’s violations of the law in their handling of the matter.

“We are not letting this go,” he said.

At the end of the two-page report on the incident is DPW’s only discussion of the pipe break’s effect on the environment.

It notes that MDE found 187 dead fish and “applied a formula” to come up with the estimate of 1,946 fish.

It also states “As a correction to the record, American eels are not a federal or state protected species” and notes federal agencies declined in 2015 to grant American eels (Anguilla rostrada) “endangered” status.

Despite that decision, the International Union for Conservation of Nature (IUCN) considers American eel (Anguilla rostrata) endangered and has placed them on its Red List.

The list does not have regulatory authority in the U.S., but IUCN is a widely respected global authority on the status of the natural world, with members from governments and civil society organizations.

Baby eel, in high demand in Asia, are a multi-million dollar fishery in the U.S.