During her six terms as Baltimore City Comptroller, a period which stretches back to the mid-1990s, Joan Pratt has owned and operated her own accounting firm, Joan M. Pratt CPA & Associates.

How often her clients may have conducted business with the city has long been a matter of conjecture.

Yesterday Pratt offered a preliminary answer to the question of what “persons doing business with the city” paid her company $1,000 or more in calendar year 2019:

Two liquor outlets, she reported, in a sworn statement filed with the city ethics board.

Her disclosure, however, came with this caveat: “Reserve the ability to update this Financial Disclosure with new information, if necessary. I will immediately amend this filing to include any new information that is discovered.”

In an interview, Pratt said most of her clients come to her during tax season, so she may have to report additional names in the near future.

She said she did Starlite’s sales tax and profit and loss statement last year, and handled tax returns for Negash Inc., which is owned businessman Yonas Negash.

“I’ve known them, Negash for a long time and Starlite not so much,” she said.

Because both are licensed and regulated by the city, she said she decided to report them on the new disclosure form, though she stressed that the business owners do not receive contracts from the city.

Otherwise, she said she reviews the Board of Estimates agenda for vendors or other clients that she has done tax work for over the years. If one of them is set to receive a city contract, she said she abstains from the vote.

Many of the groups she has done tax work for are nonprofits or church-related, such as Bethel A.M.E. Church, according to the minutes of board meetings.

Because the mayor controls the spending board’s vote through a three-person majority, Pratt’s abstentions do not make a practical difference in the award of city contracts. 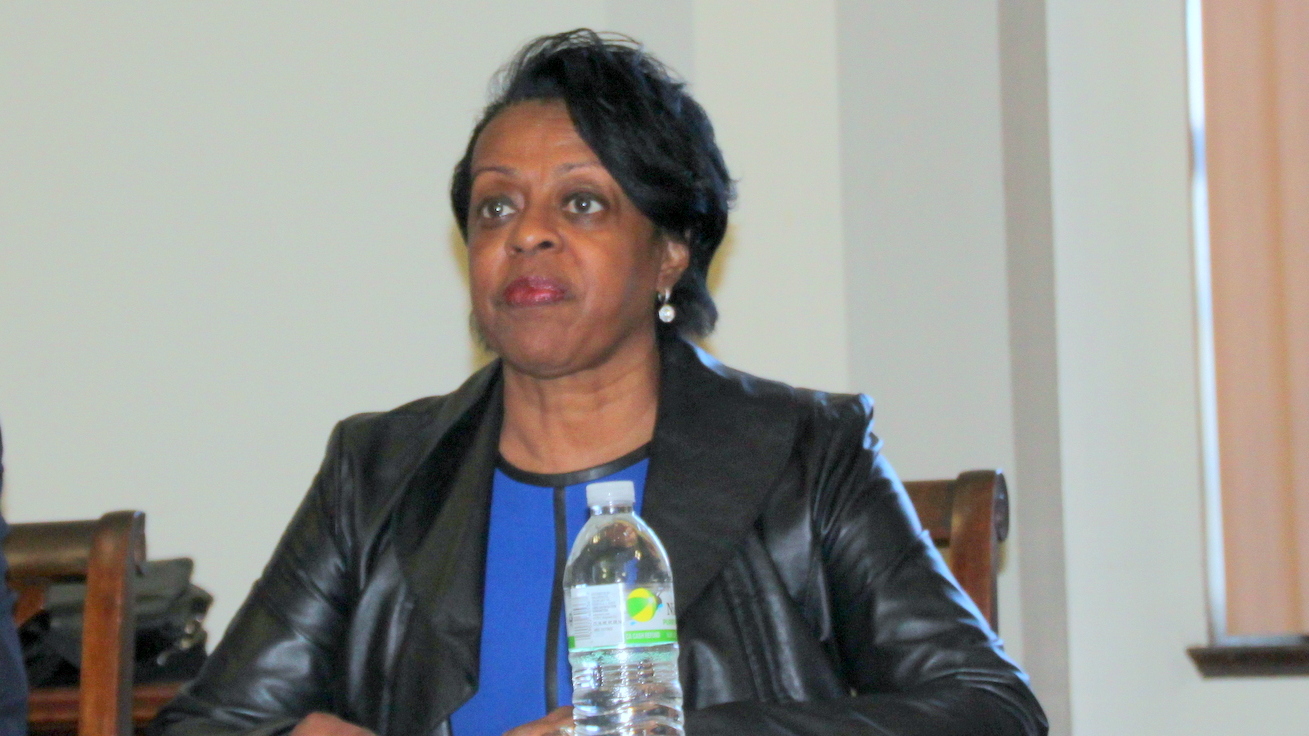 Her disclosure statement also helps clear up the disposition of 2 Chic Boutique, a designer-clothes consignment shop she co-owned with Pugh and two others.

Pratt’s accounting firm served as a limited partner in the Pigtown shop, with 22% interest (compared to 60% held by the former mayor).

Pratt reports that articles of dissolution were filed by the company on April 24, 2019 – or the day before FBI and IRS agents raided the home and City Hall offices of Mayor Pugh.

Pugh was then on leave of absence following reports that she had received hundreds of thousands of dollars from groups doing business with the city, purportedly to buy her self-published “Healthy Holly” children’s books.

Bill 19-0457, passed by the City Council last December, was aimed at closing the “Healthy Holly loophole” in which Pugh hid her payments from the University of Maryland Medical System, Associated Black Charities and financier J.P. Grant on her disclosure form.

All elected city officials were required to submitted the new forms by midnight last Friday.

Schleifer said he retains 100% ownership of Shliffness LLC, which provides software marketing services. The company is not reported to have done $1,000 or more business with the city last year.

As previously disclosed, 14th District Councilwoman Mary Pat Clarke co-owns a Charles Village apartment building with her husband. She said there is no evidence that the building’s occupants – students attending Johns Hopkins University – have conducted business with Baltimore City or serve as paid lobbyists.

To make this determination, Clarke compared residents in her building “with a variety of government, for-profit and nonprofit entities [and] two lists of lobbyists registered with Baltimore City. “No one of these 34 residents appears on these lists,” she wrote.

Robert Stokes, the 12th District councilman, did no due diligence on any of the new financial questions; instead, he submitted a single-page cover sheet.

On the other hand, Robert Stokes, the 12th District councilman, did no due diligence on any of the questions on the disclosure form.

Instead, he submitted a one-page cover sheet without any of the accompanying schedules. Missing were answers to his place of residence, financial interests, outside directorships, and gifts from persons doing business with the city.

Meanwhile, Mayor Bernard C. “Jack” Young reported on his new form that a rowhouse he owns on East Madison Street is not his principal residence, as he has reported on ethics forms for years.

He instead confirmed that the building is occupied by his daughter.

In December, The Brew reported that Young had received over $3,000 in homestead tax credits between 2017 and 2019 by declaring the East Madison Street property his principal residence.

Within hours of the story’s publication, Young announced he would return about $1,000 in homestead credits he had received in the current tax year. 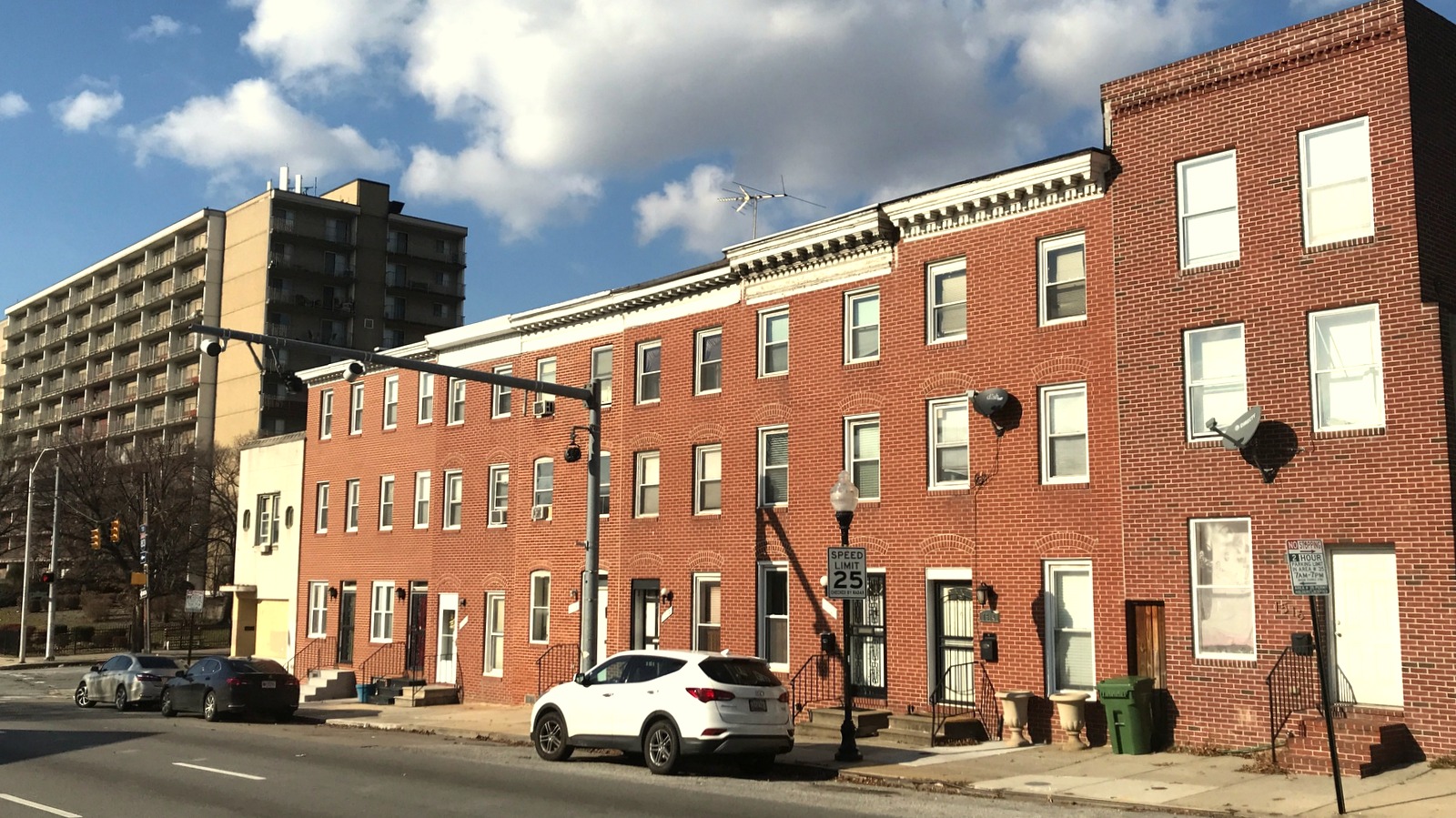 The 1500 block of East Madison Street. Mayor Young now acknowledges that a rowhouse on the block does not serve as his principal residence. (Mark Reutter)

The mayor’s spokesman said Young viewed the Madison Street property as his family’s “historic home,” even though he and his wife had moved out of the property to allow his daughter and husband to live there.

Young says he and his wife occupy a house on North Central Avenue he has co-owned with his sister since August 2001.

Whiskey for the Mayor

They include a half dozen Blondie’s Donuts from the Baltimore Collegiate School for Boys, poinsettias from H&S Properties Development Corp., a book on the Green New Deal, and Garrett Popcorn courtesy of N. Scott Phillips, who directs the Minority Business Development Agency Center in Baltimore.

By far the most lavish present was a bottle of Sagamore Spirit Rye Whiskey valued at $255 from the Sagamore Group.

The company is owned by Kevin Plank, founder and executive chairman of Under Armour. The bottle was presented to Young as a “wedding anniversary gift” last August.