Baltimore Mayor Bernard C. “Jack” Young is likely to order everyone in retail stores and other public places to wear face coverings, following steps taken in Montgomery and Prince George’s counties as well as in Washington, D.C.

“We’re moving down that path,” Young’s spokesman, Lester Davis, said last night after the City Council unanimously called on the mayor to issue a masking order as COVID-19 cases and deaths continue to climb.

As of Monday, there were 873 confirmed cases of the disease in Baltimore City and 26 deaths, according to the state health department.

“She isn’t calling it a mask order. It’s really a covering order,” Davis said. “She wants to communicate to folks that they don’t have to go out and buy a mask. If they have an old T-shirt or a handkerchief, that could be used.”

The Centers for Disease Control and Prevention (CDC) has tips on how to make a cloth mask and guidelines on who should use them.

Last night, all 15 members of the City Council approved a resolution calling on Mayor Young to issue an executive order requiring:

• all city residents and visitors to wear facial coverings in public places and while “traveling beyond their residential property.”

• all essential businesses to implement social distancing requirements limiting the amount of customers in each establishment.

• all city employees to wear masks while on city property.

Davis said the mayor is pleased that his “public-private partnership” with local hospitals to spread the word about the importance of social distancing and hand washing has been successful.

He rebuffed critics who have called on Young to crack down on “corner” food and liquor stores that, they say, aren’t doing enough to provide signage or enforce social distancing in poorer neighborhoods.

“I’m not aware of anyone doing a study that looks at every single corner store or is looking at what corner stores are doing or not doing. We have sent out a lot of information to small businesses to let they know that safety is paramount. . . We think that works regardless of whether you are a big-box or a mom-and-pop corner store.”

Last week, Baltimore began moving the “most vulnerable” homeless population, including those over 62 years old, out of congregate shelters into motel rooms. So far, about 50 of the 200 moved have showed COVID-19 symptoms.

Last night, the City Council pressed the mayor to make hotel rooms available to those living in congregate shelters and on the street to help curb the pandemic’s spread. 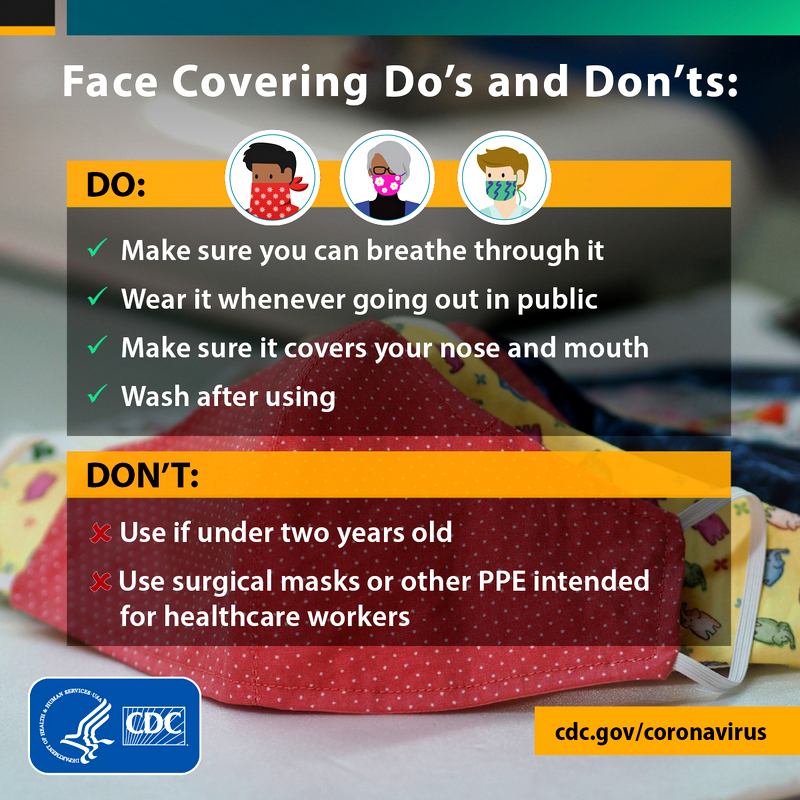 Recommendations on how to wear face coverings. Most mask rules exempt children under 2 and those with difficulty breathing. (Centers for Disease Control and Prevention)