Dr. Mihir Chaudhary was standing outside of Mayor Bernard C. “Jack” Young’s house, describing the cases of the homeless people he has been treating at the Baltimore Convention Center, which serves as a Covid-19 field hospital.

“Every day at work at the hospital I see first-hand patients who suffered Covid pneumonia because they have been forced by a cruel, unjust system to live in packed shelters and crowded encampments,” he said.

The Johns Hopkins physician spoke at a protest organized yesterday afternoon by activists critical of the city’s efforts to protect homeless people amid the coronavirus outbreak. 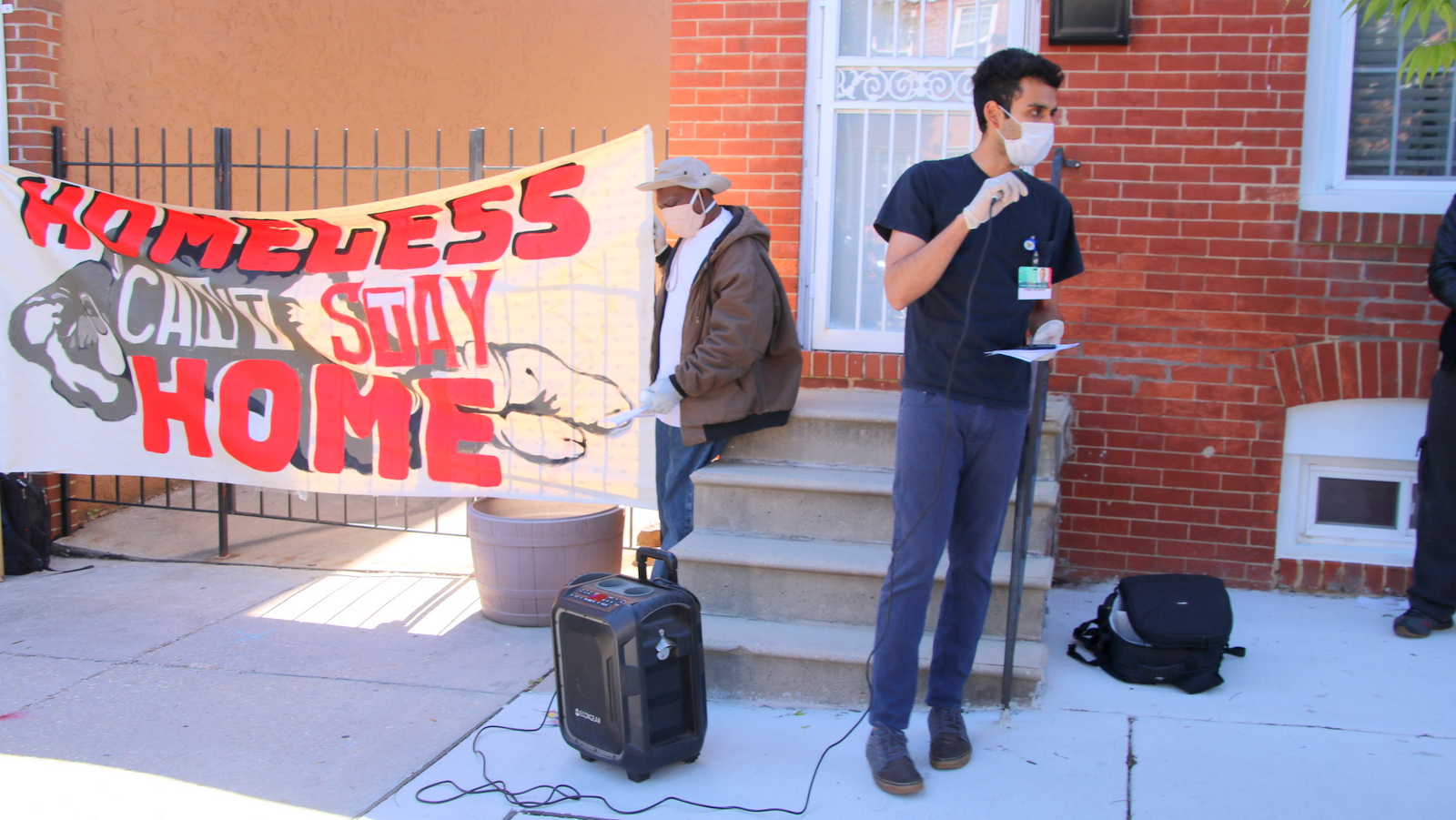 Mihir Chaudhary addresses a crowd of about 40 outside of Jack Young’s house. (Louis Krauss)

At any given time, Chaudhary said, he sees between 15 and 30 people who at best have been in “marginal housing” and more likely are living out of tents and scrounging water from hoses in random backyards.

The patients that Chaudhary sees are in recovery stage, but he says he also knows of many dying in local hospitals due to the disease, which has been confirmed to have infected 2,941 people in Baltimore City.

“The patients lived in massively crowded spaces, and now some of them don’t have a home to return to because shelters aren’t accepting people back after they test positive,” Chaudhary said.

Emerging from a black SUV, Young was met by about 40 protesters, some holding signs saying “Homeless can’t stay home” and others  chanting “We will remember” in reference to homeless people who have died from the disease.

Young did not respond or answer any shouted questions. Instead, he walked briskly inside, flanked by his security detail.

The protest, a vigil for homeless people who have died from Covid-19, was sponsored by Housing Our Neighbors and the Fair Development Roundtable.

Last month, the same groups interrupted the mayor as he stood outside of City Hall at a Covid-19 briefing for reporters. (Since then, the briefings have been taken place in more controlled indoors settings.)

The groups are calling on Young to move all homeless people into hotels and permanent housing to ensure public health. 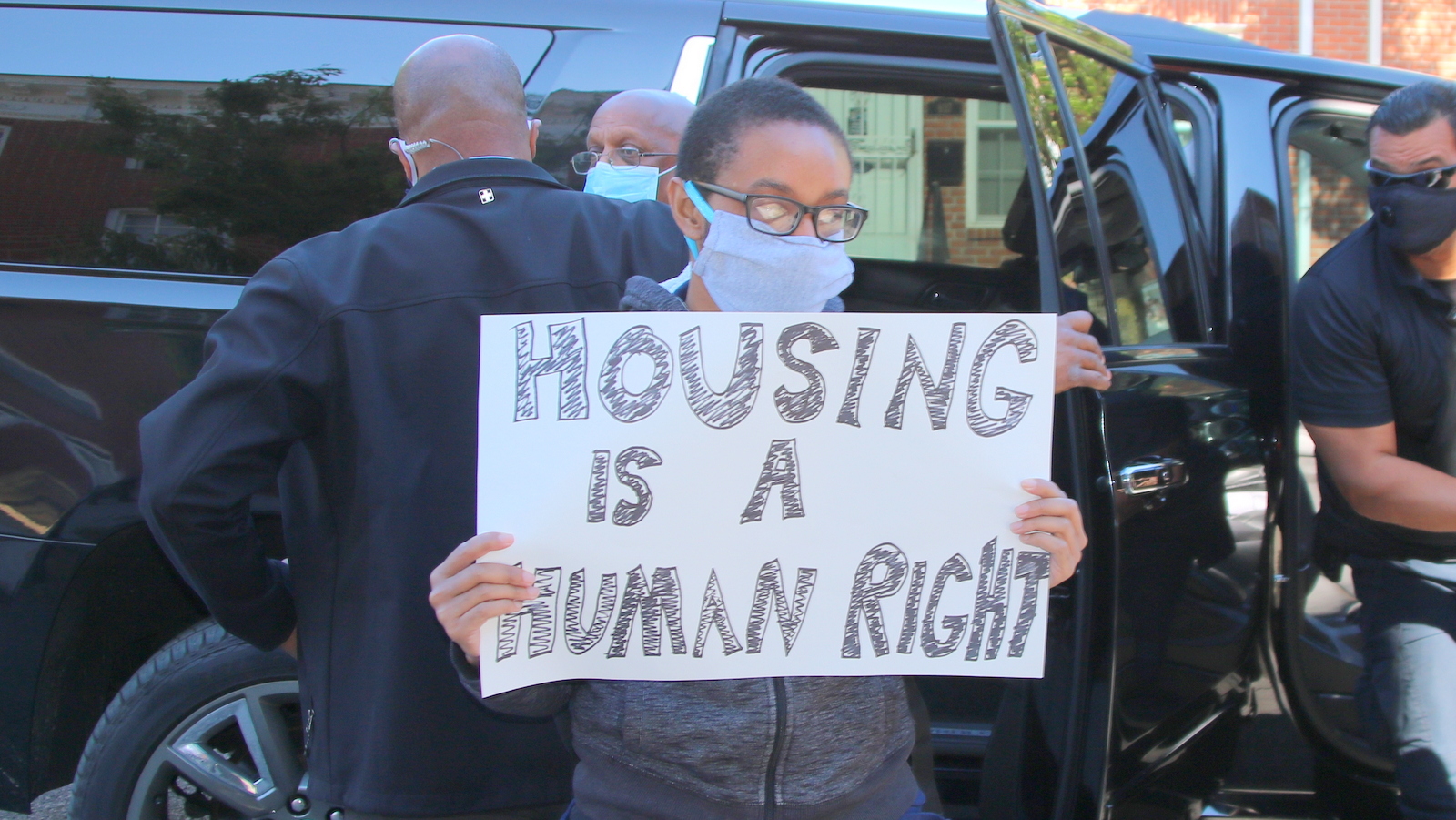 Young talks to members of his security detail as a protestor holds a homemade sign. (Louis Krauss)

After some shelter residents tested positive for Covid-19, the city moved some 400 people, including close to 150 from the Weinberg Housing and Resource Center, into motels.

But hundreds remain in shelters and encampments where social distancing needs are not being met. Of particular concern are places such as the Pinderhughes shelter, where residents are still “piled up,” according to speakers at the vigil.

At that former elementary school building in Sandtown, it is impossible for people to maintain six-feet spaces for social distancing, they said. 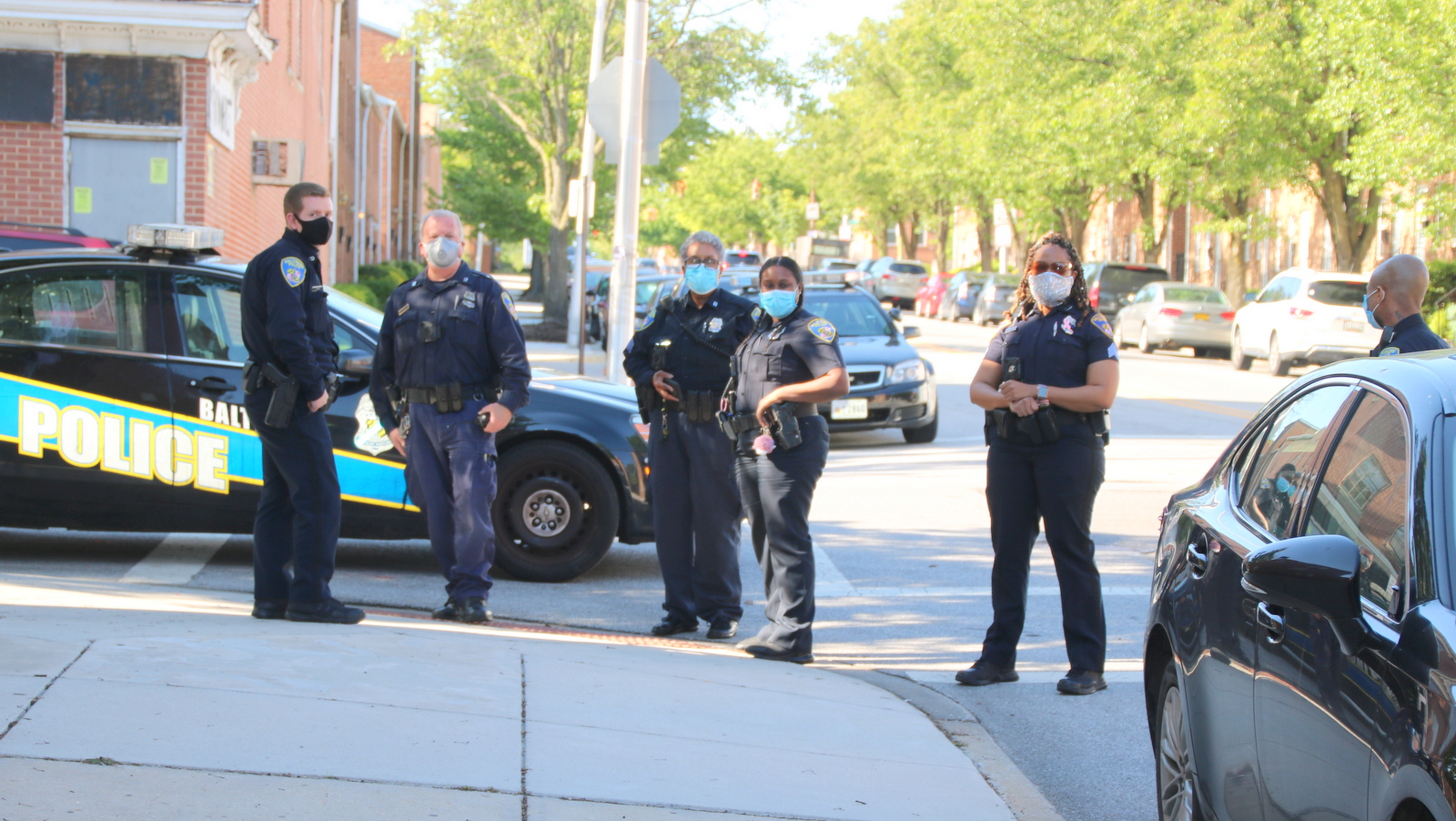 As the protest went on, several police cars were stationed at the corner north of Young’s house, and one officer patrolled the protest to make sure people were six feet apart.

“There’s such a lack of transparency around what’s happening in the city and the extent of this crisis, and it’s disgraceful,” Foster said.

Referring to the mayor, she added, “While he’s walking into his home, we’re calling attention to people dying because they don’t have homes.” 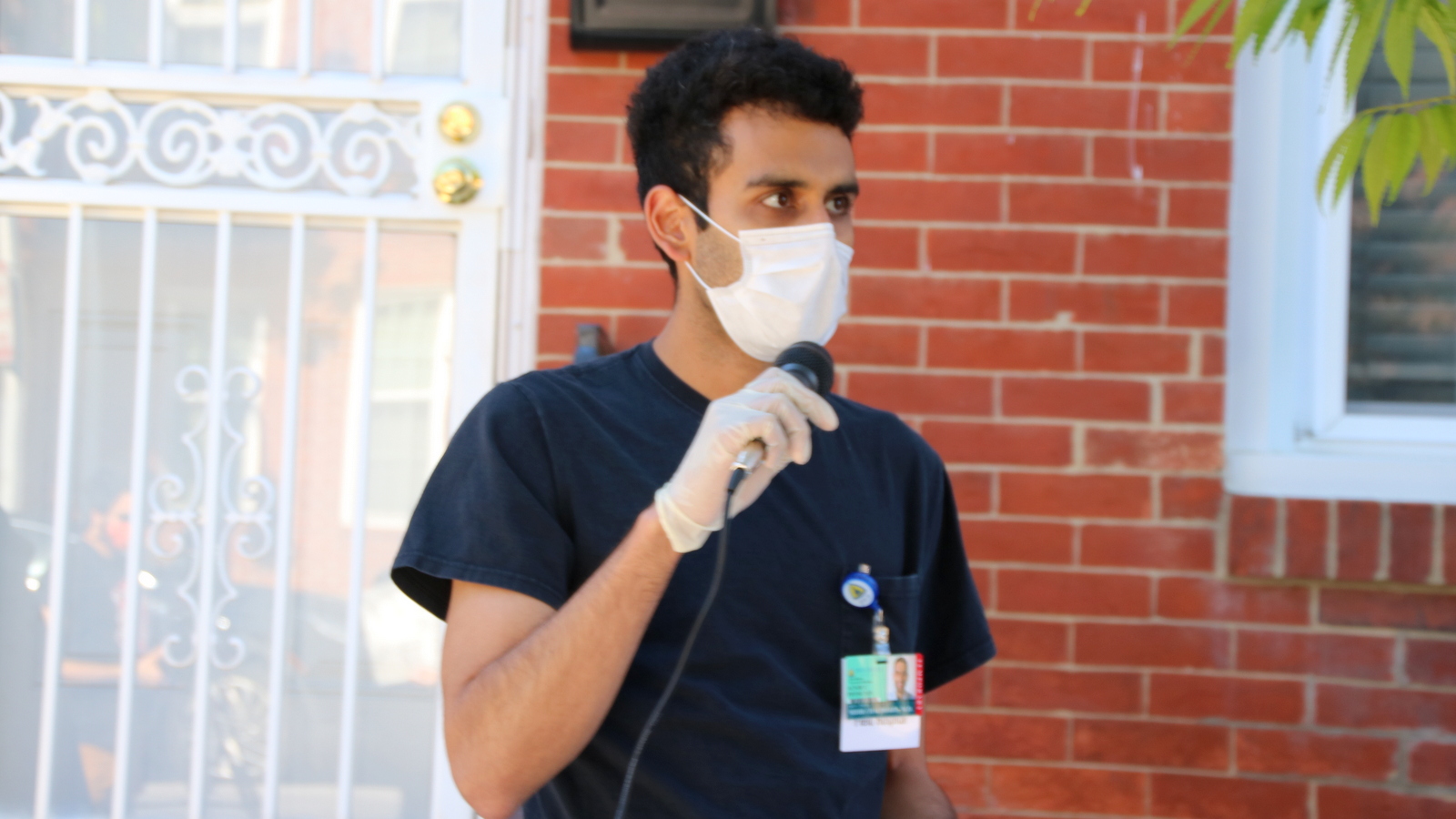 Dr. Mihir Chaudhary talks about the patients he’s been treating at the Baltimore Convention Center, which now serves as a Covid-19 field hospital. (Louis Krauss)