Consider it yet another Baltimore government anomaly. An office that straddles the functions of a legislative body and an executive agency, possessed with both the power to control the flow of bills in the City Council and to influence the award of hundreds of millions of dollars in city contracts.

Of the five major candidates seeking the peculiar post of City Council President, one of them, Dan Sparaco, wants to abolish it.

Sparaco says the office is a cog in the “pay-to-play” machinery that enables Baltimore’s officeholders to hand out contracts and award development deals to friends and campaign contributors.

The other four candidates want to occupy the $122,000-a-year position that is backed by a staff of 24 full-time employees (who can be hired and fired at will) and an ever-ballooning budget.

While the final number isn’t yet in, the office is expected to equal or exceed $3 million this year.

To win voter approval, the five leading candidates have raised a good deal of money, $672,768 to be exact, from private donors.

Perhaps what’s most telling is how four of them – Nick Mosby, Shannon Sneed, Carl Stokes and Leon Pinkett – attracted some of the same donor dollars.

• Part 1: The job of City Council President, a path to the mayor’s office, is up for grabs

Take Jackson Haden. The Carroll County resident is a longtime owner of the Baltimore Recycling Center (BRC) on Edison Highway. So far he’s gone in three directions, handing out cash to Mosby ($3,000), Stokes ($4,000) and Sneed ($2,000).

He’s not the only insider who’s hedging his bets.

Three of City Hall’s top lobbyists – Frank D. Boston and the wife-and-husband team of Lisa Harris Jones and Sean Malone – have contributed to both Mosby and Sneed, while a fourth lobbyist, Jon Laria, has placed his bets on Pinkett and Sneed.

On the Good Side

The reason for such generosity is obvious, if rarely spoken out loud: Among those dependent on the goodwill of City Hall, it’s best to stay on the good side of the Council President.

While the Mayor controls the votes on the Board of Estimates, the Council President – as both a voting member and presiding officer of the panel – has a say in the scores of developer agreements, street paving and bridge contracts, extra work orders, procurement extensions, leasing agreements, pension management awards and consultant assignments that require board approval every month.

Whiting-Turner Contracting Co. is a frequent recipient of infrastructure contracts, such as rebuilding sewage and water treatment plants.

Living in Cockeysville, Timothy J. Regan, the company’s CEO, can’t vote in city elections. Nevertheless, he showed his respect for the President’s office by writing $1,000 checks to both Sneed and Mosby, considered the front runners in the June 2 Democratic Party primary.

Similarly, Richard O. Berndt, senior partner at Gallagher, Evelius & Jones, which represents the city in a multitude of legal matters, and the Paterakis family, whose highrise Harbor East buildings were subsidized by taxpayer dollars, offered cash to different candidates.

In the case of the Paterakis family, one affiliate named Vendor REB Company allotted $5,500 to Sneed, while another affiliate, J&B Associates, earmarked $6,000 to Pinkett.

In addition to the examples of overlapping contributions cited above, the following is a sampling of donors who are backing a single candidate.

NOTE: $6,000 is the maximum individual contribution allowed by Maryland law, but higher amounts can be given in the names of separate LLCs or various family members, a practice often known as “bundling.” 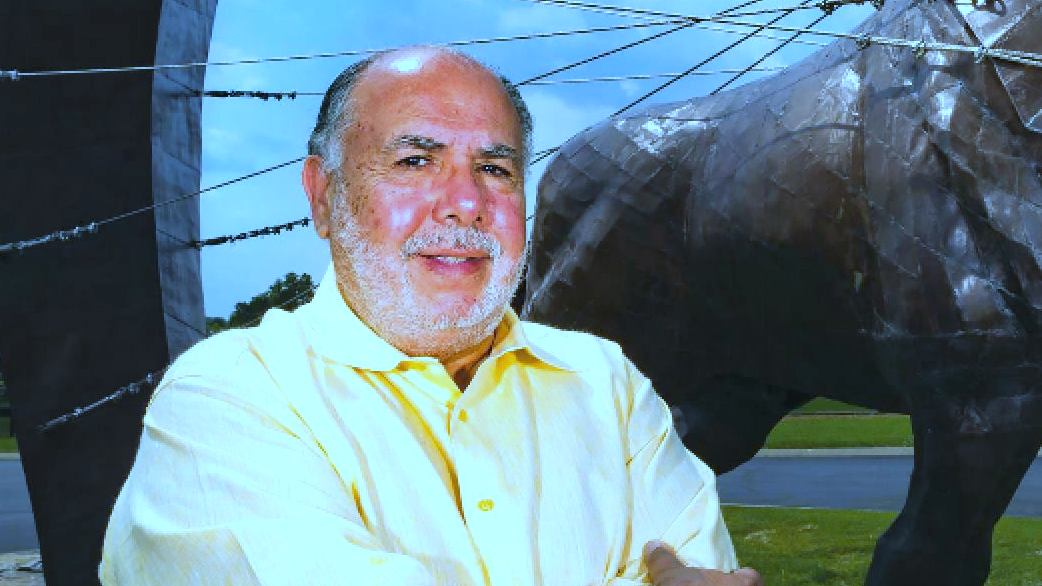 • Anthony Manganaro, his wife Michele Manganaro and his real estate company, Coldpress LLC. A developer who has dotted the Maryland countryside with ezStorage facilities, Manganaro is also a race horse owner and enthusiast ($18,000).

• Kevin Pfeffer and associates at CMDS, a company associated with the Turning Point methadone clinic, which has shown a fondness for contributing to city politicians and wannabe politicians ($15,000).

• Samuel Himmelrich and affiliated LLCs that have rehabbed industrial mill buildings in the Jones Falls Valley and the Montgomery Ward Catalog House ($6,250). 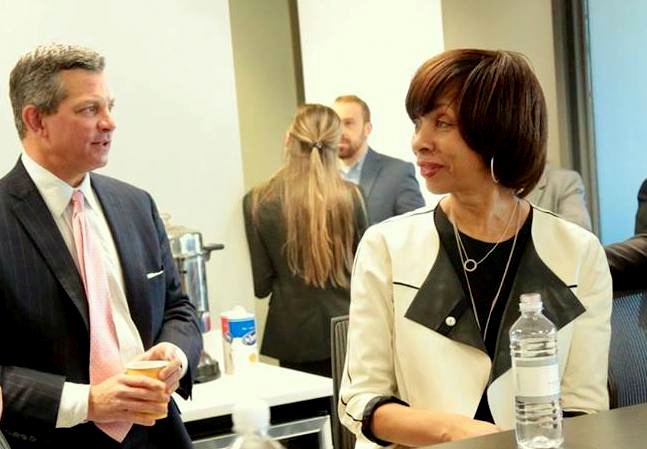 Attorney Steve Silverman pictured with Mayor Catherine Pugh at an office fundraiser a year before she became entangled in the “Healthy Holly” scandal. (Brew file photo, 2018) 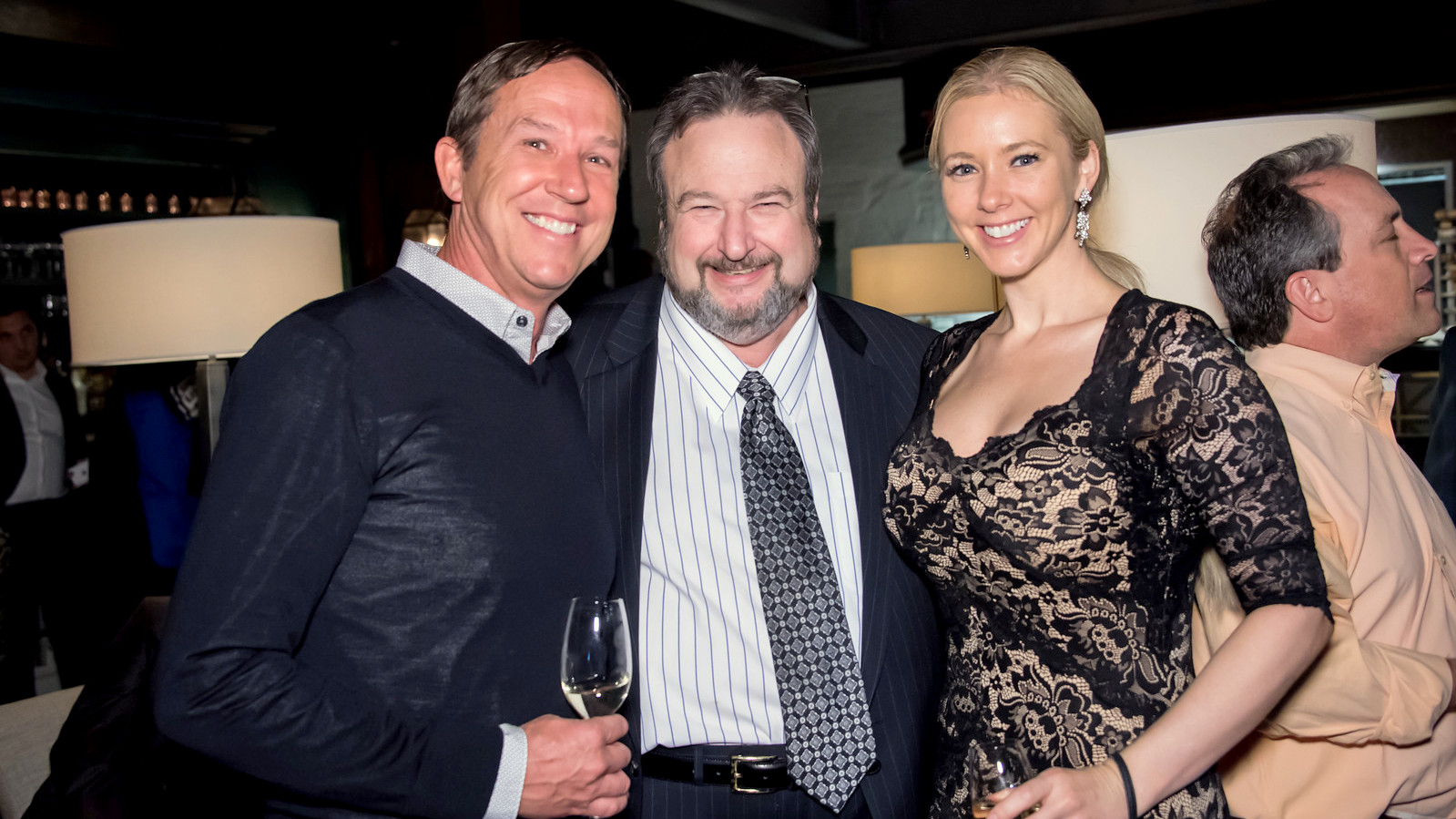 Funds raised: $48,905 (of which half came from persons with the last name of Sparaco).