A crowd of about 250 people chanting “No justice, no peace” descended on Baltimore’s Columbus Piazza tonight, transforming the area from a July 4th Inner Harbor tourist scene to the latest site of mass protest.

Their target: the monument to Christopher Columbus dedicated 36 years ago on President Street, facing Little Italy.

“This statue is a monument to hatred!” a group leader said, speaking through a bullhorn, as people attached straps and chains to the 14-foot, two-inch-high, white Carrara marble statue.

Baltimore police were present but stayed in the background, doing nothing to stop the process. The two security guards that have been patrolling the statue area, hired by a member of the Associated Italian American Charities of Maryland, were quickly overwhelmed.

Activist groups had warned on social media that the city’s Columbus statue was being targeted, part of the nationwide reckoning with racism and police brutality in the wake of George Floyd’s death.

Statue supporters from the Italian-American community had asked Mayor Bernard C. “Jack” Young to remove the statue so it could be relocated. But Young refused and their relocation discussions were for naught.

“Hey, hey, ho ho, this racist guy has got to go!” the crowd chanted.

“Pull from the top!” some yelled when the statue refused to budge.

“Get his head,” someone else advised, and some adjustments were made.

“Pull! Pull!” the crowd chanted, as about two dozen people gripping the ropes did just that.

The statue quickly crashed down to the ground, breaking into several pieces.

As the crowd cheered, people dragged the navigator’s torso, head and other pieces to the Jones Falls and, one by one, heaved them into the water with a splash. 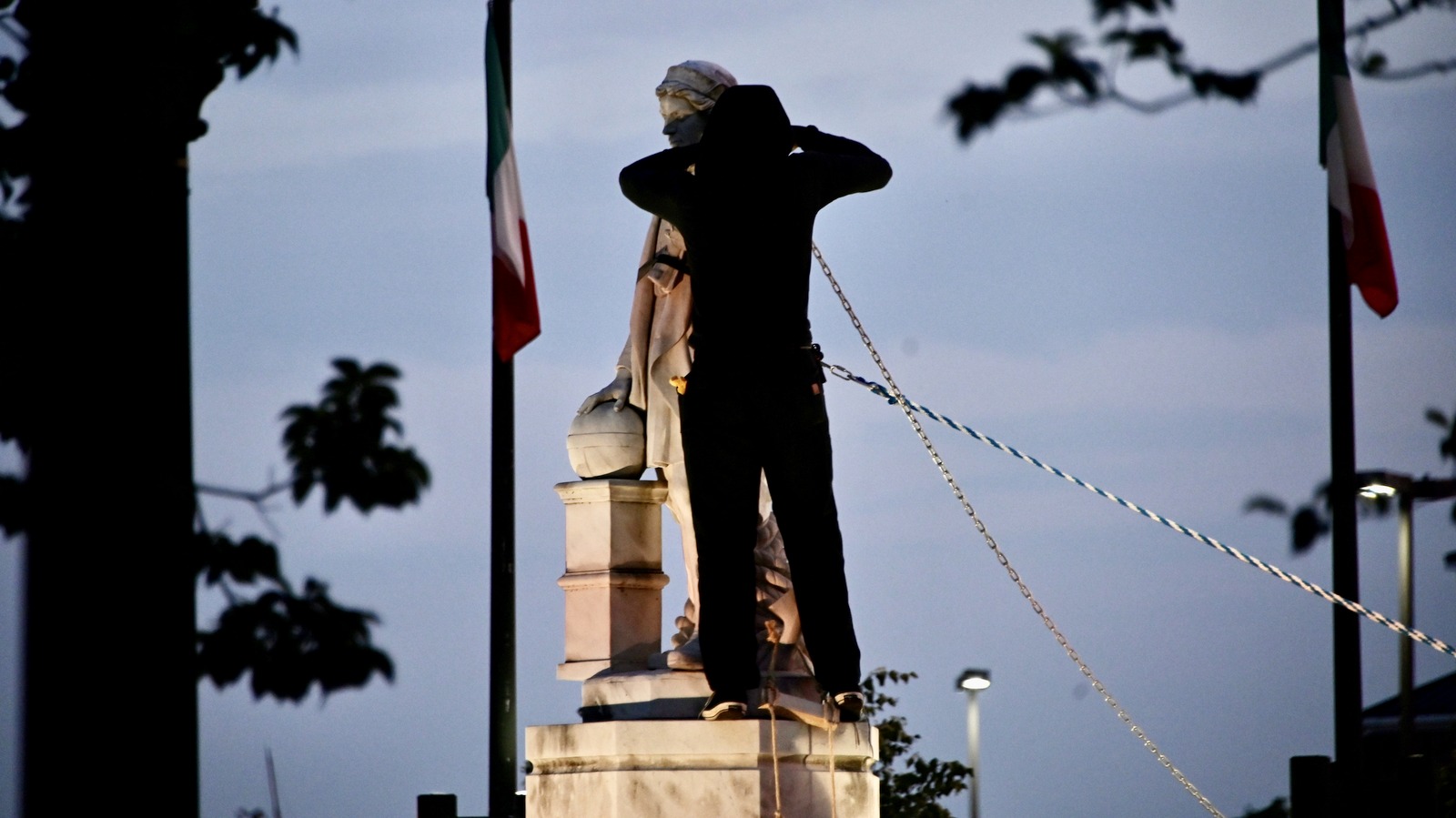 A protester prepares the Columbus statue to be toppled. (J.M. Giordano) 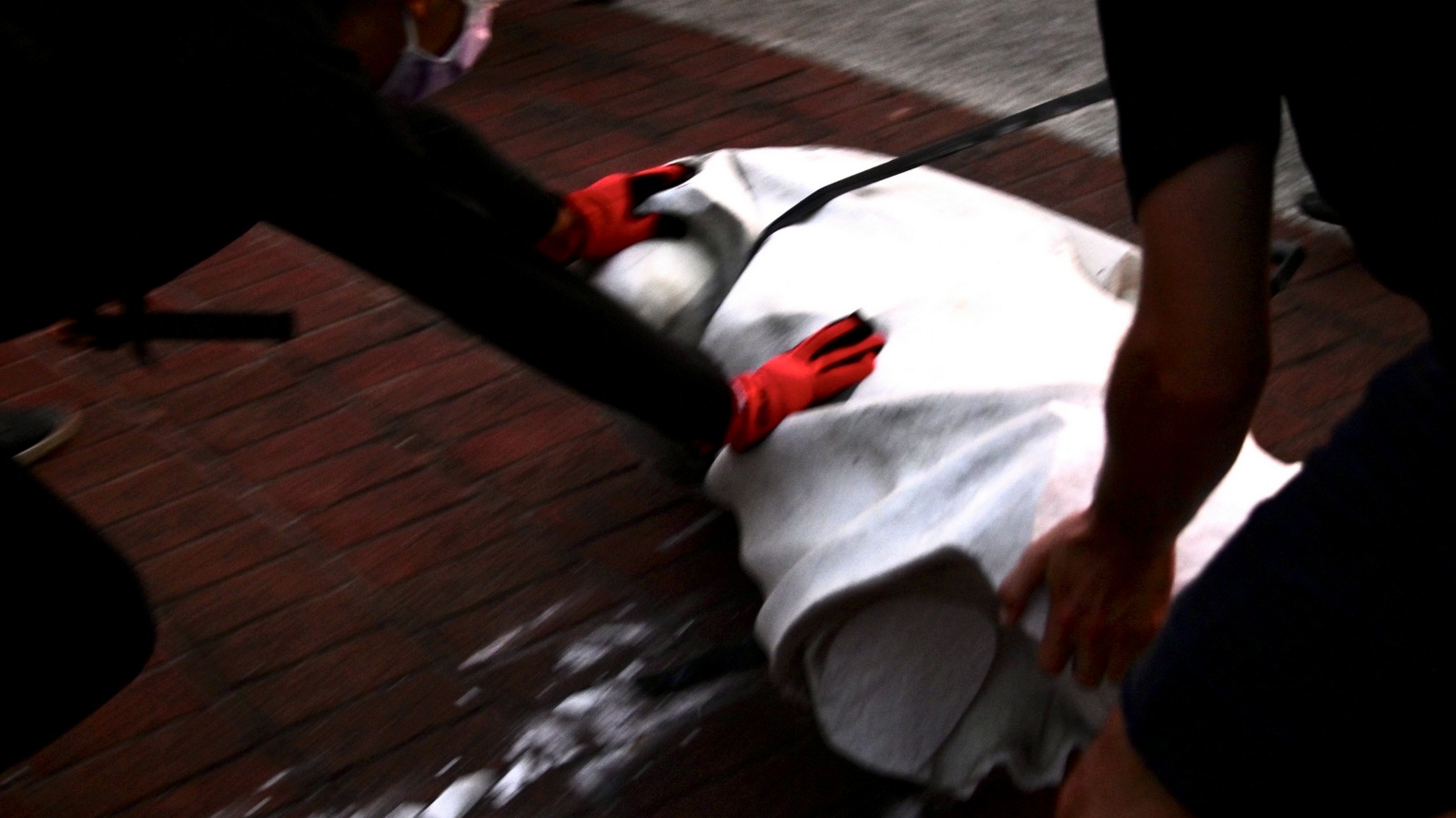 After the statue came down, the group moved off into Little Italy, streaming past restaurants and bars chanting.

From there it was on to Fells Point, where they called out to patrons dining at the Choptank restaurant’s outdoor courtyard, imploring them to leave.

Last year the restaurant was embroiled in controversy when its dress code, including a prohibition against “baggy clothing,” was assailed as racist and eventually modified. 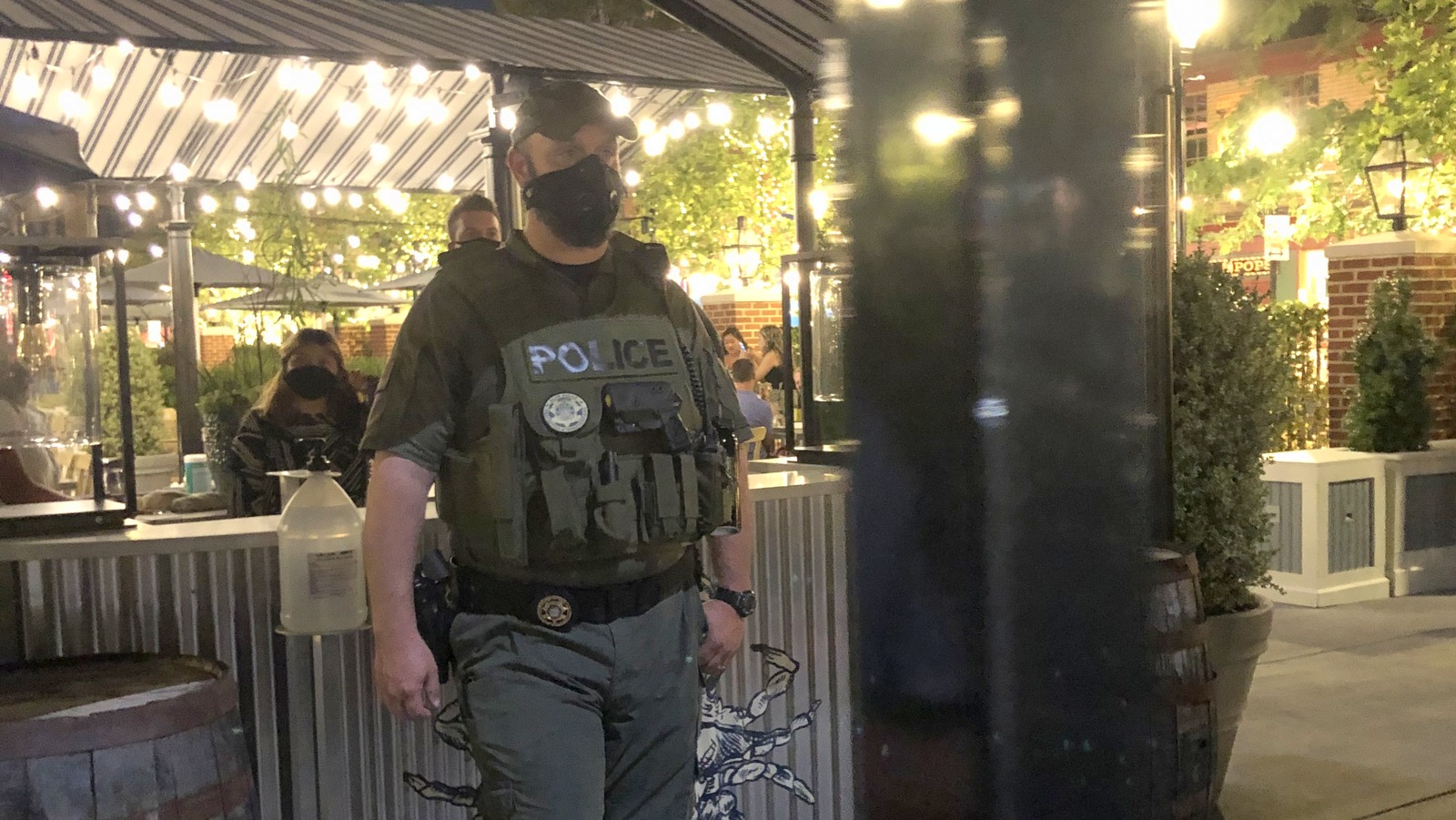 It was the same when the demonstrators reached Harbor East and stopped outside Ouzo Bay which, like The Choptank, is owned by the Atlas Restaurant group.

“This is a racist restaurant,” they yelled to people dining on the patio.

Demonstrators reminded them of the recent story about Ouzo Bay that went national, after a viral video circulated showing a Black woman who was turned away because of her son was dressed casually in shorts.

The video showed a White boy dining at the restaurant in virtually the same sort of clothing.

“We see you – come join us,” they chanted, prompting several people to leave the patio and join the protesters, who erupted in cheers. 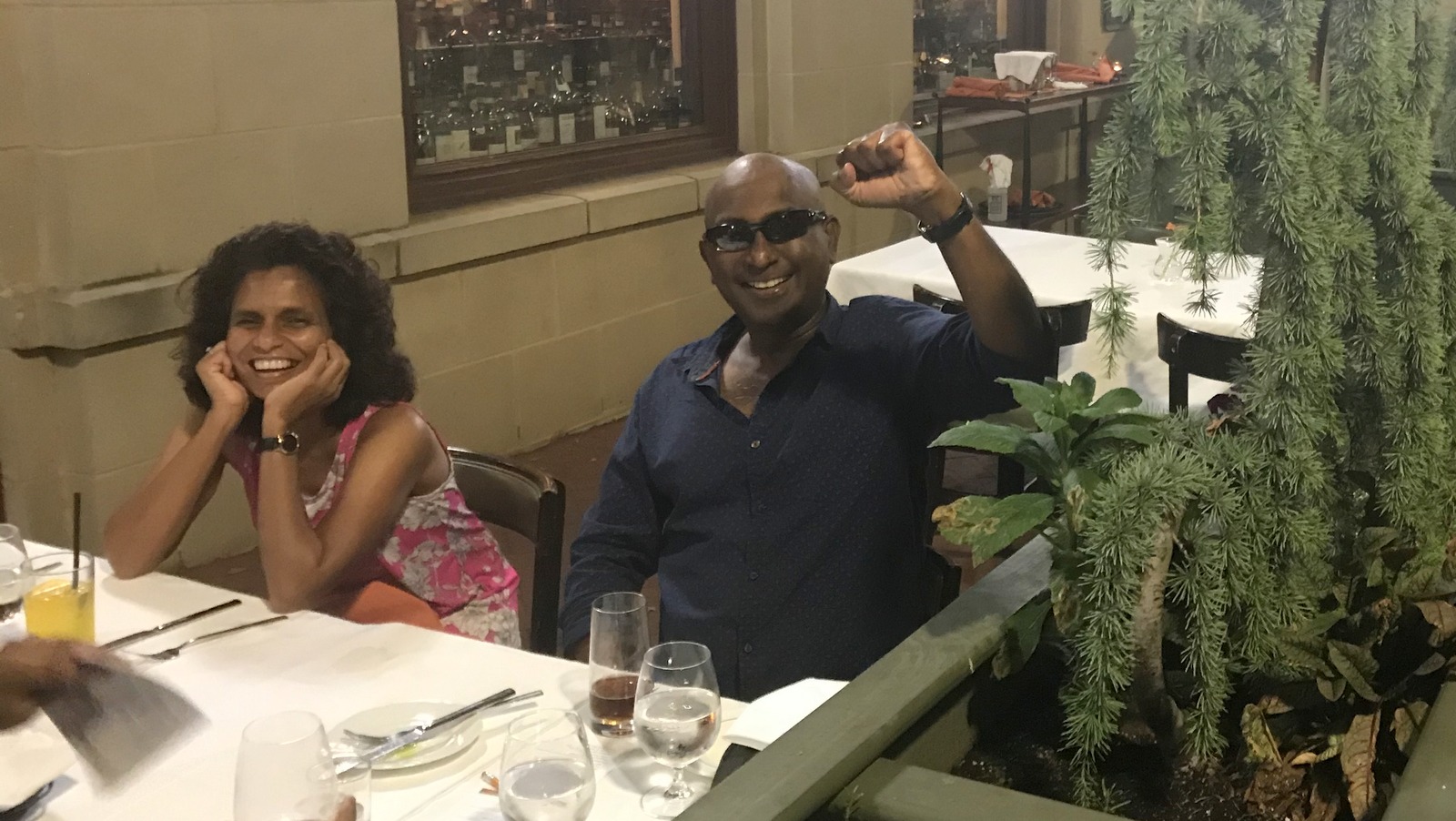 At a nearby restaurant, Lak DeSilva watched the protesters go by on Lancaster Street and raised a fist in solidarity.