With a fully-online start to the fall semester around the corner, thousands of Baltimore public school students still lack internet access.

Some of those students, along with teachers and activists, have scheduled a protest this afternoon against Comcast, which holds an internet and cable TV monopoly in Baltimore City.

The protest will take the form of a car and bike caravan, beginning at 4 p.m., at Lot H near the M&T Bank Stadium.

The march will wind through Sharp-Leadenhall and Federal Hill, then proceed down Key Highway to Fort Avenue, ending at McHenry Row.

The action is part of a “National Day of Resistance,” organized by the Dignity in Schools Campaign, to voice opposition to in-person instruction in public schools until scientific data shows it is safe for students and teachers. 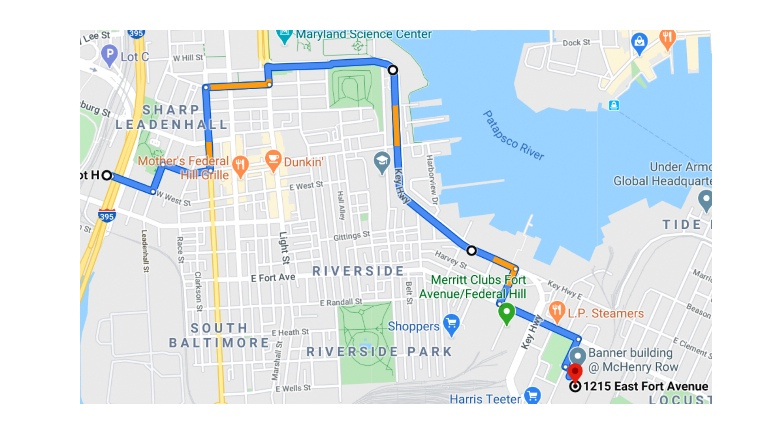 Planned route of today’s march, which will start on West Street near the M&T Bank Stadium and end at the Banner Building at McHenry Row. (demandsafeschools.org)

The Baltimore Teachers Union is pushing for the entire first semester to be online because of the risk of the coronavirus pandemic, which has become much more severe in Baltimore and nationwide in recent weeks.

BTU and SOMOS (Students Organizing a Multicultural and Open Society) are making three demands on Comcast:

Comcast has taken some of these actions already, but not to the extent advocates want, as more than 40% of Baltimore students still lack access.

In addition to making short-term demands of Comcast, activists are increasingly calling for local governments to provide broadband to all residents as a necessary utility.

Chattanooga, Tennessee, has done so, and many have credited the change with reducing jobless rates and spurring a tech boom.