To understand how this city ended up with near-monarchical powers conferred on the mayor, look back to the political chaos at the end of the 19th century when infighting Republicans took control of the City Council and the mayor’s office.

Dating back over a century, the “strong mayor charter,” said Crenson, “was a reaction to political chaos. . . designed to keep City Council’s hands out of the budget.”

At the time, he said, “The Council was a fragmenting force” with ward heelers and ward bosses handing out patronage jobs and battling those who wanted a more efficient government.

Under all-Republican leadership, city government became so impaired that, for awhile, there were two school boards and two Republican primaries.

Attempting to create a semblance of stability amid a warring Council, a charter commission recommended a “Board of Estimates” be created that would give the mayor the majority of votes.

Aside from removing the Council from nearly all spending decisions, the inordinate power conferred on the mayor set the stage for a century of unimpeded racist policies, said former Morgan State University associate professor Lawrence Brown.

Now a visiting associate professor at the University of Wisconsin, Brown undertook a study of Baltimore’s history of racist zoning laws that included the banning of Blacks from certain neighborhoods.

“To me, the strong mayor system and concentration of power in the Board of Estimates is a part of the story of creating Baltimore apartheid and maintaining it,” said Brown, whose book, The Black Butterfly, The Harmful Politics of Race and Space in America, is being published in January.

For a recent example of how this worked (there are plenty of other ones), consider the actions of William Donald Schaefer, one of the most powerful mayors of the 20th century. 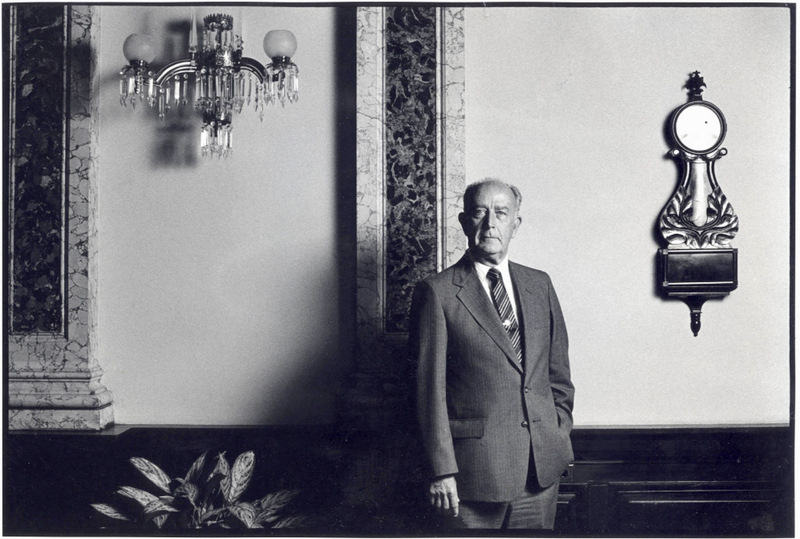 Nicknamed “Mayor Annoyed,” William Donald Schaefer made full use of his power over four terms in office between 1971 and 1987. (Jennifer Bishop)

Schaefer used his authority on the Board of Estimates to channel hundreds of millions of dollars in federal Community Development Block Grant funds to the Inner Harbor and downtown neighborhoods, which were predominantly white, rather than spread the money more evenly to black communities.

The mercurial mayor’s priorities were controversial at the time, but citizens had little recourse over the BOE’s decisions.

• The Imperial Mayor Part 2: Transparency? Checks and balances? Those are for losers!

Brown calls this “municipal redlining” when a government ignores the financial needs of black communities over white ones.

“The racism really comes in with the tremendous attention to urban renewal downtown at the waterfront and tremendous inattention to lack of resources to redline black communities,” he said.

All the demolition and land acquisition and other government actions required to make this happen were undertaken by the BOE that Schaefer controlled.

The power of the mayor’s office paved the way for the destructive “Highway to Nowhere.”

Brown pointed to the same dynamic with the decision in the 1970s, when Schaefer was mayor, to block a highway that would have plowed through Fells Point and Federal Hill, largely white neighborhoods.

Meanwhile, the city went ahead with a truncated extension of Rt. 40 West (known today as the “Highway to Nowhere”) that destroyed several West Baltimore communities and displaced many thousands of residents.

The Rt. 40 project was able to move ahead, said Brown, because “it was going to uproot black people. West Baltimore felt the brunt of that.” 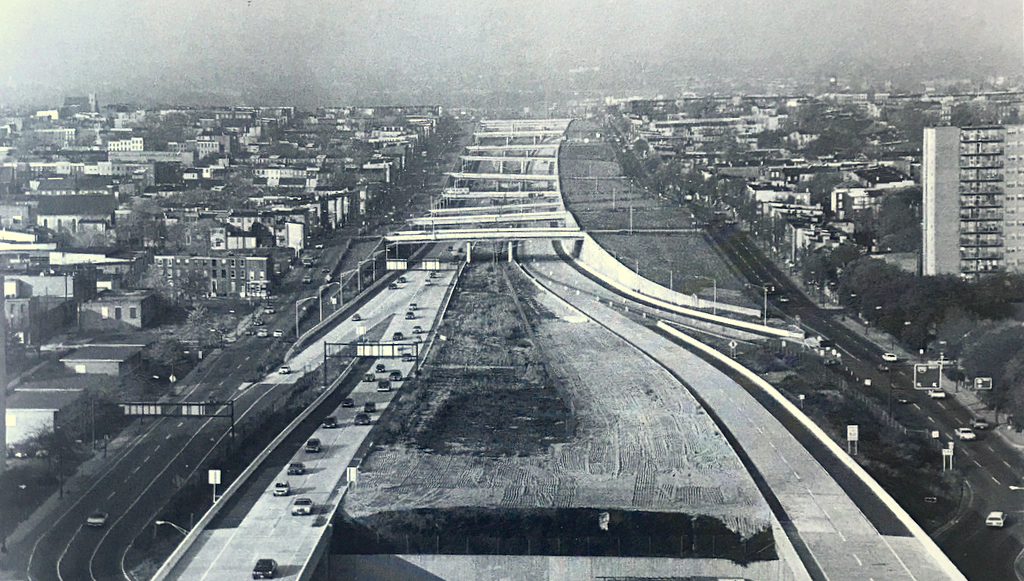 The Highway to Nowhere ripped through Black West Baltimore, taking thousands of homes and businesses. Here’s how it looked shortly after its completion in 1979. (The Baltimore Book, 1991)

There was at least one time in recent memory when a mayoral appointee on the Board of Estimates had the audacity to vote against his boss.

In 2008, George Nilson had been Mayor Sheila Dixon’s City Solicitor for about a year.

As he recalled it recently, just before one particular board meeting, he had doubts about a complaint filed by a losing bidder for a city contract. Nilson paid close attention to the case, especially since the losing bidder was represented by a former city solicitor.

Nilson reviewed all the documents, wanting to make sure the board did not give the case preferential treatment.

“I listened to the bid protest and thought it was bullshit,” Nilson said. “The argument had no merit.”

At every Board of Estimates meeting, he remembered, the mayor voted first, to make sure that he and the Public Works Director would “follow suit.”

Nilson listened as the mayor voted to agree with the former city solicitor’s client, going against her own administration’s position that the contract should go to another business.

“I was relatively new to the job and naively thought that if a bid protest had no merit, I should vote against it.”

And So He Did

Soon after the meeting, a deputy mayor called him with a sharp admonishment: “Man, you are making my job hard. You are really a challenge. The mayor is very upset.”

Nilson thought that would be the end of it, but several months later, another senior aide met a city lawyer for lunch.

“How would you like to be the city solicitor?” asked the aide, not knowing the lawyer was good friends with Nilson and would later relay the whole conversation.

Nilson never again voted against the mayor’s wishes during the nine years he served as city solicitor.

The lawyer was puzzled: “I thought you already have a city solicitor?”

“He’s too ethical,” the man from the mayor’s office replied, as Nilson tells the story.

Nilson never again voted against the mayor’s wishes during the nine years he served as the city solicitor. He said he tried, instead, to iron out differences with the mayor before board meetings so they came to an agreement before a public vote.

He acknowledges that the BOE gives the mayor too much power, but wonders if a reconstructed board could include the City Solicitor and Public Works Director as nonvoting members.

“Maybe they could put in the charter something where the mayor confers with nonvoting members of the Board of Estimates,” Nilson said. That way, the two mayoral appointees “could still have public input.”

Kim Trueheart, who calls herself an “active citizen,” has attended hundreds of meetings of the BOE over the last decade, giving her a front row seat to the mayor’s unchecked authority.

After retiring from a 26-year career as a civilian working for the Navy, she has made her scrutiny of the Board an avocation. Trueheart agrees with Scott that the BOE needs to be reconfigured to remove some of the Mayor’s power.

“They seem to prefer very short meetings with little deliberations,” she noted.

(This is true. Citizens wait longer for some Baltimore traffic lights than the time it sometimes takes for the Board to green-light millions in spending.)

Trueheart recalls many instances where items that should have had more scrutiny didn’t get it “because the mayor didn’t want that” – and the BOE approved them anyway.

“This is the seat of power for the dictatorial mayoral-ship,” said the perceptive guide.

Both were instances where the city agreed to forgo hundreds of millions of dollars in future property taxes; instead, the taxes would be siphoned off to repay the TIF bonds.

There were a couple City Council hearings, but key actions were obscured not only by the opaque BOE process, but by the Baltimore Development Corporation, whose CEO and board members are, once again, picked by the mayor. 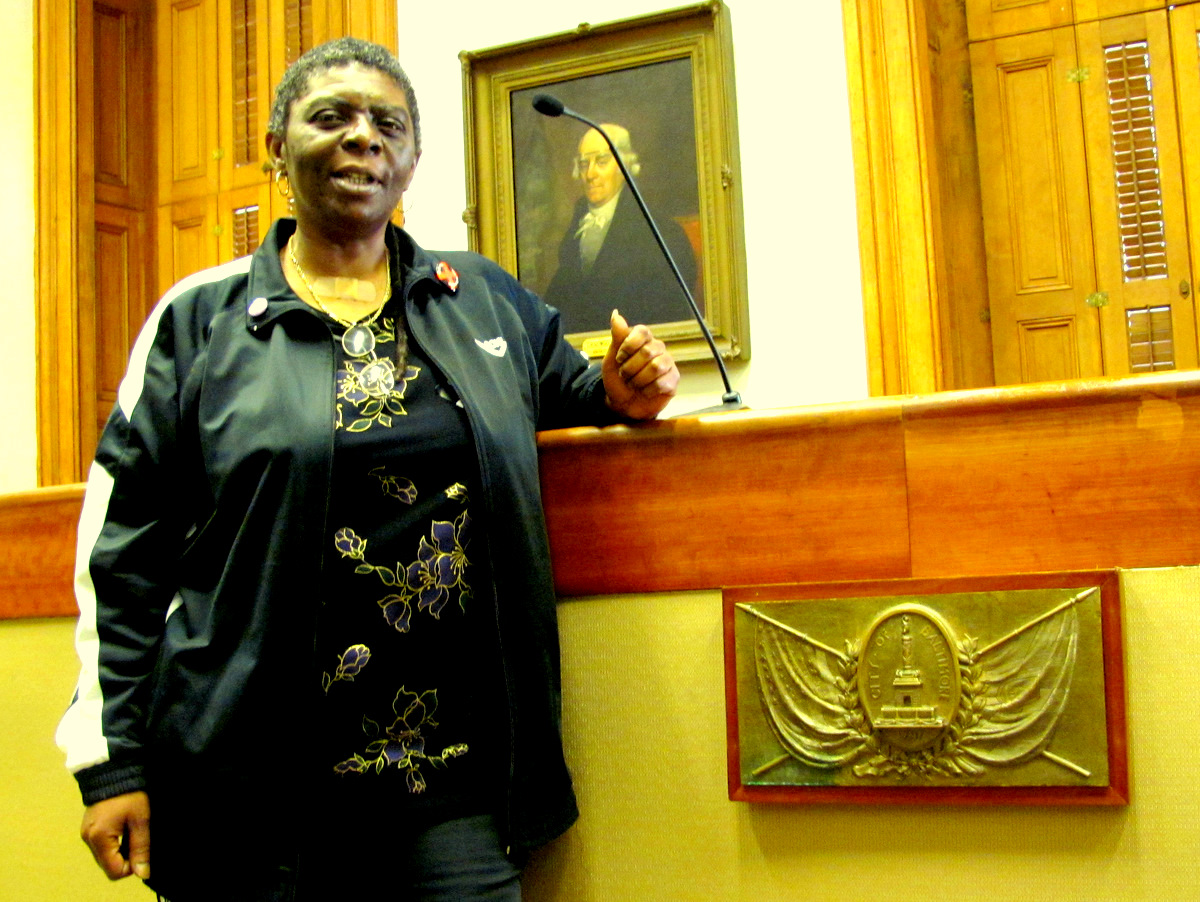 Kim Trueheart stands beside the raised platform where Board of Estimates meetings are held at City Hall. Due to Covid-19, they are now virtual. (Mark Reutter)

Despite seeing the mayor’s centralized power in City Hall on a weekly basis, Trueheart said she was still startled to hear it described so bluntly to a group of visitors one day.

Noticing a City Hall curator leading a tour for some visiting young people, she decided to tag along.

Bringing the group to the Board of Estimates room, the guide declared, “This is the seat of power for the dictatorial mayoral-ship.”

“I don’t know if the kids got it,” Trueheart said, “but I got it. And it’s true. Everything the mayor puts forward gets approved.”

Some longtime Baltimoreans have observed that ours is a city that doesn’t like change.

When the renewal of Charles Center began in the early 1960’s, business owners were reluctant to move into downtown’s first modernist office building (One Charles Center), even though it was designed by the internationally acclaimed architect, Mies van der Rohe. It was just too new, too futuristic for Baltimore.

The late historian, Gilbert Sandler, had his own story about a city with a grudge against change:

To be sure, there’s no guarantee that changing City Hall’s power structure would curtail the corruption and pay-to-play culture here, but it’s a great step forward to be even seriously considering the idea with a charter amendment.

And to have a future mayor promising to do something about it is a great first step. Still, it has taken 122 years.