A bill that would have allowed more digital billboards to go up around Baltimore has died in a City Council committee after it raised more questions than answers.

Members of the Council’s Land Use Committee opted on Friday not to bring the measure to the full Council for a vote after a lengthy discussion.

Edward Reisinger, who sponsored the legislation, could not find any other Council member to second his motion to bring the bill out of the committee.

“No second. The bill fails by not having a second to the motion,” he said after waiting for anyone else on the committee to speak up.

The lack of support means the proposed legislation has no chance of being enacted before the current Council session ends and Mayor Bernard C. “Jack” Young leaves office in December. When a council session ends, bills that have not passed become invalid.

Councilwoman Mary Pat Clarke said she wanted to make sure she understood what transpired.

“We don’t usually have this happen,” Clarke said to Reisinger. “I’m happy it did. But does this mean the bill is defeated? It’s gone?”

Friday’s lack of action on Bill 20-0063 marked the second time this month that legislation with the potential to loosen Baltimore’s 20-year moratorium on new billboards went down in defeat.

The 2000 law allowed hundreds of existing billboards, most of them owned by Clear Channel Outdoor, to remain highly visible along city streets, on corner lots and atop roofs.

In mid-October, Council President Brandon Scott asked the Council to “pull” his bill to permit digital billboards in fresh territory – along railroad rights of way – after dozens of community organizations expressed opposition.

Scott’s bill would have made it possible for a businessman from Atlantic City, N.J., Joseph M. Jacobs, to install jumbo-sized digital signs on CSX and Norfolk Southern property that parallels I-95, I-895 and other interstates, undercutting the billboard moratorium.

The Council has also opted not to move ahead with a third sign-related bill introduced late in the session. This would have made a number of zoning code changes, including allowing illuminated signs for use by churches and other institutions.

A Clear Channel static billboard on Charles Street near Penn Station, with a higher, brighter digital sign atop the corner building at Lanvale Street. (Ed Gunts)

The latest bill to die would have changed the way the city processes applications for converting static billboards to digital billboards. Digital billboards can display up to six messages per minute as opposed to static signs that bear just one message until they are changed manually.

Current regulations allow non-digital billboards to be changed to digital, but the zoning code requires an applicant to take down three billboards for every new one it wants to put up.

In a hearing before the Planning Commission, the three-for-one rule was criticized as unfair to the “little guy” who wants to trade up to digital, but owns one or two billboards in all, not enough to take down to meet the city’s requirements.

The commission voted to recommend a two-tier solution: Keep the three-for-one rule for Clear Channel, but relax it for small owners, defined as having seven billboards or fewer.

The commission had arrived at that number in an effort to come up with a “threshold number” that might help small owners that don’t have many signs.

“It could be a different number,” Tiso acknowledged, “but that was at least the starting point that the commission came up with.”

Pinkett said the legislation would be ripe for a legal challenge.

“What would prevent somebody who has eight signs, somebody who has 10 signs, from later coming and going, ‘How do you deny me when there is really no analysis into making a decision on which billboard owners are included and which are excluded?’” he asked. 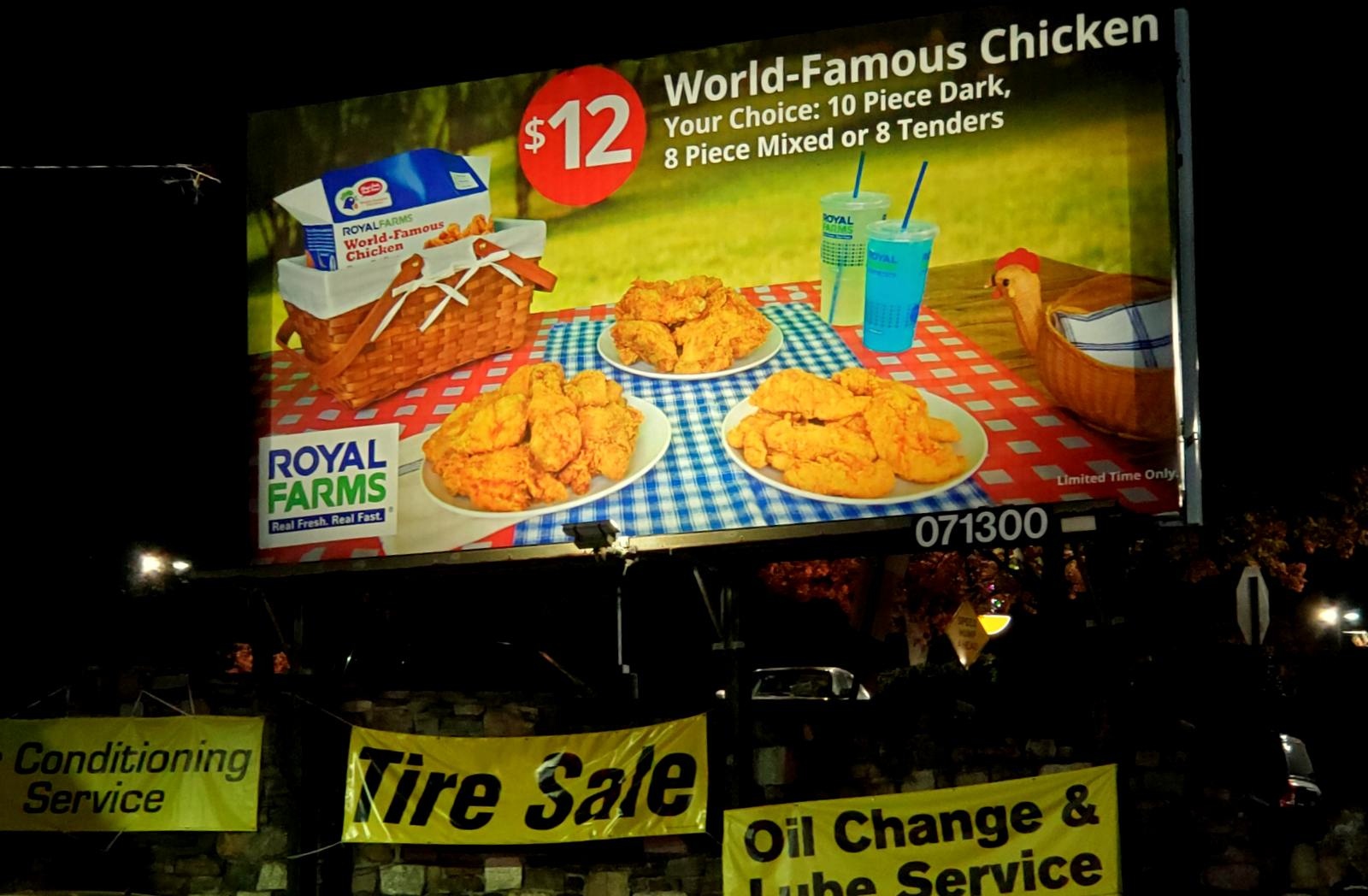 A Slew of LLCs?

Councilman Ryan Dorsey asked whether a large billboard company could get around the seven-signs-or-less rule by creating lots of LLCs, then applying for one-for-one replacements.

Wouldn’t this ultimately lead to a situation where every static sign could be replaced with a digital sign without taking down three, he wondered.

“I think you’re correct,” Tiso answered. “That would absolutely be a concern.”

Several residents spoke against the bill.

Kate McComiskey, president of the Locust Point Civic Association, said it would have an adverse effect on her community aesthetically and would be a step backwards in the city’s efforts to limit the number of billboards.

“This bill creates more harm than good,” she said.

“This bill has far more wide-ranging consequences than I think even its own proponents appreciate,” she asserted. “This almost seems like we’re using a bazooka when a flyswatter would do.”

In addition to Clarke, Dorsey and Pinkett, other committee members who refused to second the bill were Eric Costello, Sharon Green Middleton, Shannon Sneed and Robert Stokes.