The recent death of Father Richard T. Lawrence struck hard in Baltimore, even in the time of Covid, when we scan the obituaries with near daily recognition.

In every way, Dick was bigger than the ordinary. The St. Vincent de Paul Church congregation he pastored for more than four decades included everyone, even an atheist Jew like me. He was ever ready to offer a repast or a riposte.

He comforted the afflicted and afflicted the comfortable with verve, famously offering to occupy a jail cell when the civil authorities threatened to overstep their charge.

Nor did he limit his opponents to the secular world, supporting marriage equality, for instance, even though the Catholic Church hierarchy did not.

We like to say that people experiencing homelessness are not voiceless, but rather require a megaphone. What a grand megaphone Father Lawrence embodied!

City officials trembled at his righteous indignation as he stood before them in the manner of an Old Testament prophet. He thundered with his majestic voice, crying out that justice must be done for the impoverished, overlooked, homeless and unheard. 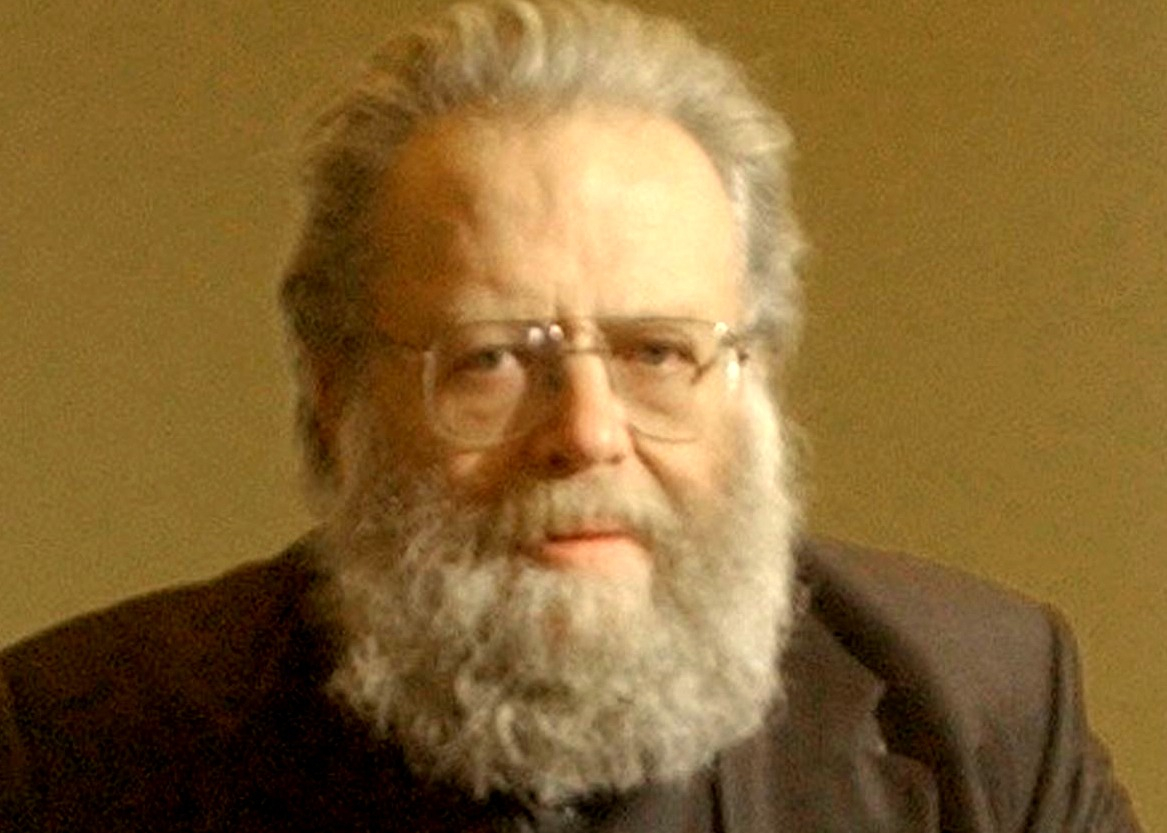 With a master’s degree in sacred theology from St. Mary’s Seminary and a doctorate in spirituality from The Catholic University of America, Father Lawrence was St. Vincent’s pastor for 43 years. (flipboard.com)

Father Lawrence came to my attention in 2005 when the city threatened to destroy the encampment adjacent to his church near the intersection of Fayette and President streets.

With typical perspicacity, Father Lawrence had acquired for the church this adjacent “pocket park” and made it welcoming to house-less folks, protecting them from the city’s scorched-earth strategy of destroying encampments, only to see new ones arise in another location.

He knew that in a political economy where housing is a commodity, those without means – people with disabilities, poorly paid people of color, people with precarious employment – are ever on the edge of homelessness.

Father Lawrence announced that the city would not force anyone from his park. He joined with Health Care for the Homeless to convince then-Mayor Martin O’Malley that another city policy, Housing First, be implemented for those living in St. Vincent Park.

In this instance, the city provided funding for a full-time social worker to secure permanent supportive housing for these 32 individuals. Some five years later, 85% of them remained in housing.

(One of his homeless parishioners returned to the church for several weeks after being housed – he felt most comfortable in Father Lawrence’s presence. Eventually David was convinced that out of sight did not mean out of mind.)

This model was replicated in 2007 with individuals camping at Bath Street and Guilford Avenue. Those individuals were sheltered in a motel and then placed in permanent housing.

Health Care for the Homeless and other providers secured federal funding to house and serve several hundred individuals living on the streets.

A new mayor was pressed by the business sector to clear the park, this time by means of arrests. This was the origin of Father Lawrence’s proclamation that while he could not know the identity of the first person to be arrested, “I can guarantee you who the second person will be.”

The lion roared, and the city officials scurried away. The plan was dropped. 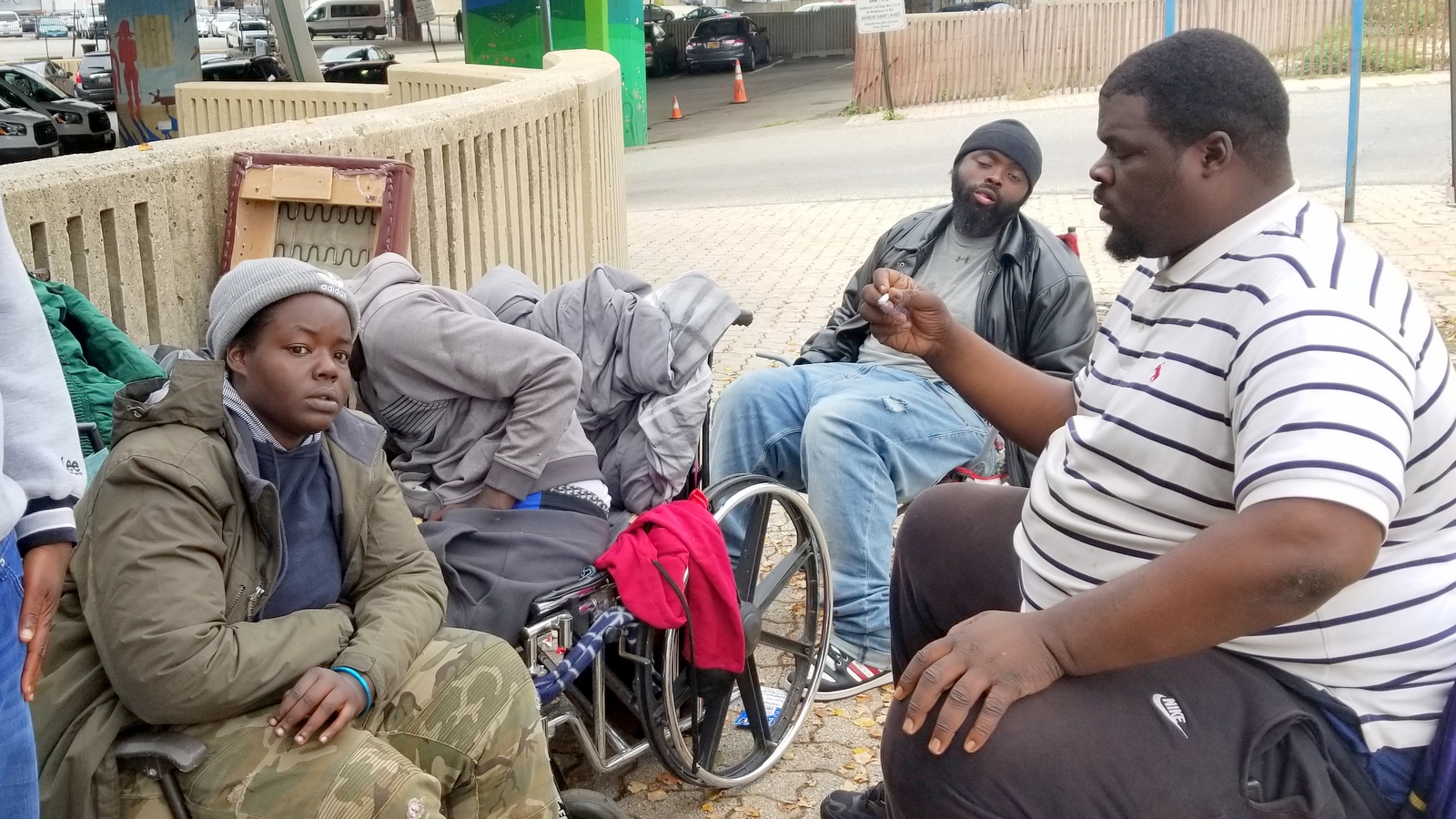 People displaced from their longtime sanctuary next to St. Vincent de Paul Church after Father Lawrence had retired. (Ed Gunts)

But in 2019, three years after Father Lawrence had retired, the church closed the park.

Its current pastor said drug-dealing and violence at the park endangered those staying there. Advocates and the people who were ejected called the action cruel and said they were much less safe after being put out of the fenced-in perimeter.

It’s Groundhog Day whenever a new encampment is caught in the sights of some campaign contributors.

And now encampment destruction, in the midst of an ongoing housing crisis made worse by the pandemic, is again threatened. Just last month, the city posted signs promising to clear the encampment at Centre Street and Guilford Avenue.

Once again, the homeless folks and advocates rallied against this action and, with the assistance of Councilman Ryan Dorsey,  the city withdrew.

But it’s Groundhog Day whenever a new encampment is caught in the sights of some campaign contributors, also known as business leaders.

Without Father Lawrence to remind us of Matthew 25:40, “Truly I tell you, whatever you did for one of the least of these brothers and sisters of mine, you did for me,” we will continue to repeat this history.

There is the potential that the incoming mayor, Brandon Scott, will announce and maintain a policy of sustaining those in encampments until permanent supportive housing, not merely the crumbs of shabby city shelters, is secured. Hope springs eternal.

We will miss his voice, a reminder that words have meaning and actions have consequences. Father Lawrence showed us how to live our values. There is no more valuable lesson.

– JEFF SINGER is the former president and CEO of Health Care for the Homeless. He teaches at the University of Maryland School of Social Work.