Baltimore developer and mayoral advisor Larry Jennings won’t take no for an answer.

Less than three weeks after a judge dismissed his $25 million lawsuit against Clipper Mill residents for testifying against his projects at public meetings, Jennings’ attorneys have filed a notice to appeal.

Baltimore Circuit Court Judge John Nugent had rejected Jennings’ complaint, agreeing with the defendants that it violated the state’s law prohibiting SLAPP (Strategic Lawsuit Against Public Participation) suits, intended to intimidate the defendants and have a chilling effect on free speech.

On Friday, a paralegal from Shapiro, Sher, Guinot & Sandler, the firm that Jennings is using, hand-delivered a Notice of Appeal to the clerk of the Circuit Court, along with a $121 check to cover the filing fee.

The “notice of appeal” states that VS Clipper Mill LLC, which Jennings heads, intends to appeal Nugent’s decision to Maryland’s Court of Special Appeals.

For Baltimore’s newly sworn-in mayor Brandon Scott, the appeal draws continued attention to his relationship with the politically-connected developer.

Scott named Jennings, who instigated the surprise demolition of two 1840s stone houses in Woodberry last year, to serve on his transition team, specifically on the Housing and Neighborhood Development committee.

Asked why he seeks the guidance of a person who sues private citizens over their public remarks, Scott’s spokeswoman, Stefanie Mavronis, said he stands by his appointment.

She issued the following statement:

“The mayor and Mr. Jennings do not agree on everything, but he believes Mr. Jennings’ perspective as a Black businessman from Park Heights as one of the 26 members on the Housing Committee has a place.”

(Jennings was past board chairman of Park Heights Renaissance, a nonprofit organized by the city to implement a master plan for the community.) 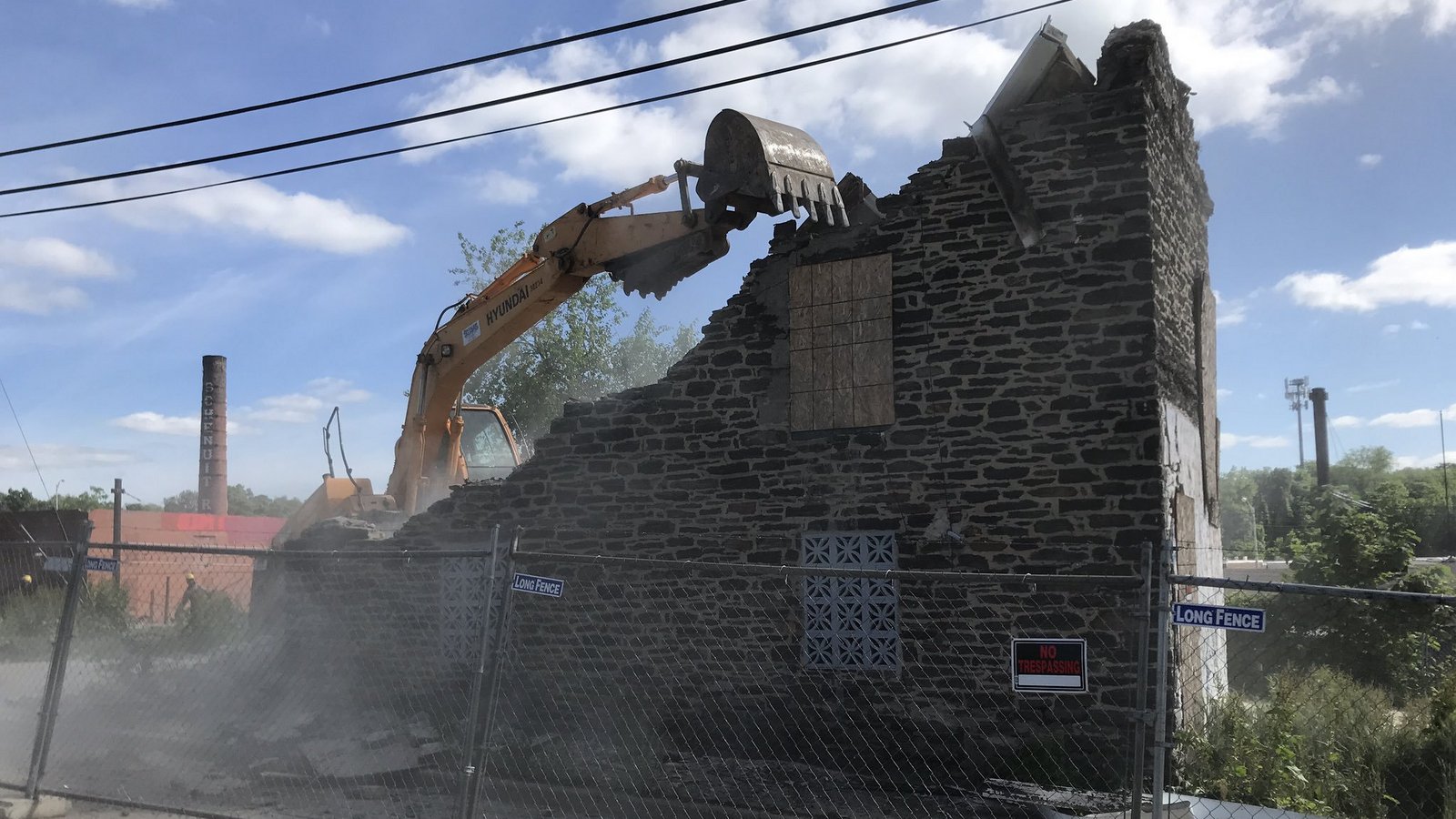 Crews rip down the historic stone houses in the Woodberry neighborhood in May 2019. (@sevensixfive)

For the legal community, the case is being closely watched.

Because Jennings’ original suit marks one of the first times a judge in Maryland has ruled on a case involving the state’s anti-SLAPP statute, there is some speculation that Jennings’ lawyers will want to bypass the Court of Special Appeals and have their appeal heard by the Court of Appeals.

For the defendants, meanwhile, the appeal means they will again need legal counsel and that a frightening lawsuit they thought had been dismissed is not over.

In the initial case, Jennings not only sought punitive damages from Clipper Mill residents, but demanded their hard drives and years of personal bank records.

Goal: To Run up Costs

Jennings claimed the residents’ testimony had prevented him from moving ahead with construction and cost him time and money.

His lawyer acknowledged that the goal was to punish residents so they wouldn’t testify against the businessman anymore.

“What I was trying to do was force issues, intimidate and force people to run up costs,” Jennings’ attorney, David Applefeld, told Nugent in a virtual Circuit Court hearing in October.

During the hearing, attorneys for the residents argued that Jennings’ suit was a textbook example of an illegal SLAPP suit.

In a 16-page opinion, Nugent said Jennings filed the suit in “bad faith” and pointed to the large amount he sought in punitive damages.

“The allegations in this case fail to remotely suggest that Defendants, who are residents of a Baltimore City condominium development, committed acts of such gravity or have the means to support an award of $25 million in punitive damages.”

– Mark Reutter contributed to this article.