The developer’s request for millions of dollars of damages.

“Let me ask you a question: $25 million in punitive damages?” Nugent asked Jennings’ attorney. “What am I to take from that?”

Jennings sued the residents for testifying against his development proposals during meetings of the Baltimore Planning Commission, and is seeking $25 million as punishment for speaking out.

“If you are making a claim for punitive damages, you have to set forth an amount, and that’s exactly what we did,” his attorney, David Applefeld, explained.

“The point is, though – $25 million!” the judge exclaimed. “Was that meant to somehow discourage the defendants’ participation in speaking out on these matters?”

Absolutely not, Applefeld assured him. The figure was chosen because Jennings has lost both time and money due to the defendants’ “unlawful” and “heinous” actions.

The residents were in court asking for the lawsuit to be dismissed, arguing that it is a textbook example of an illegal SLAPP (Strategic Lawsuit Against Public Participation) intended to silence criticism and stifle free speech.

Perhaps sensing that his description of “millions of dollars” lost was not wowing the judge, Applefeld changed course and offered to drop the $25 million ask.

“If your honor is concerned about the punitive damages amount claimed and believes that should be amended to include an amount to be determined,” Applefeld volunteered, “I’m happy to amend the addendum.” 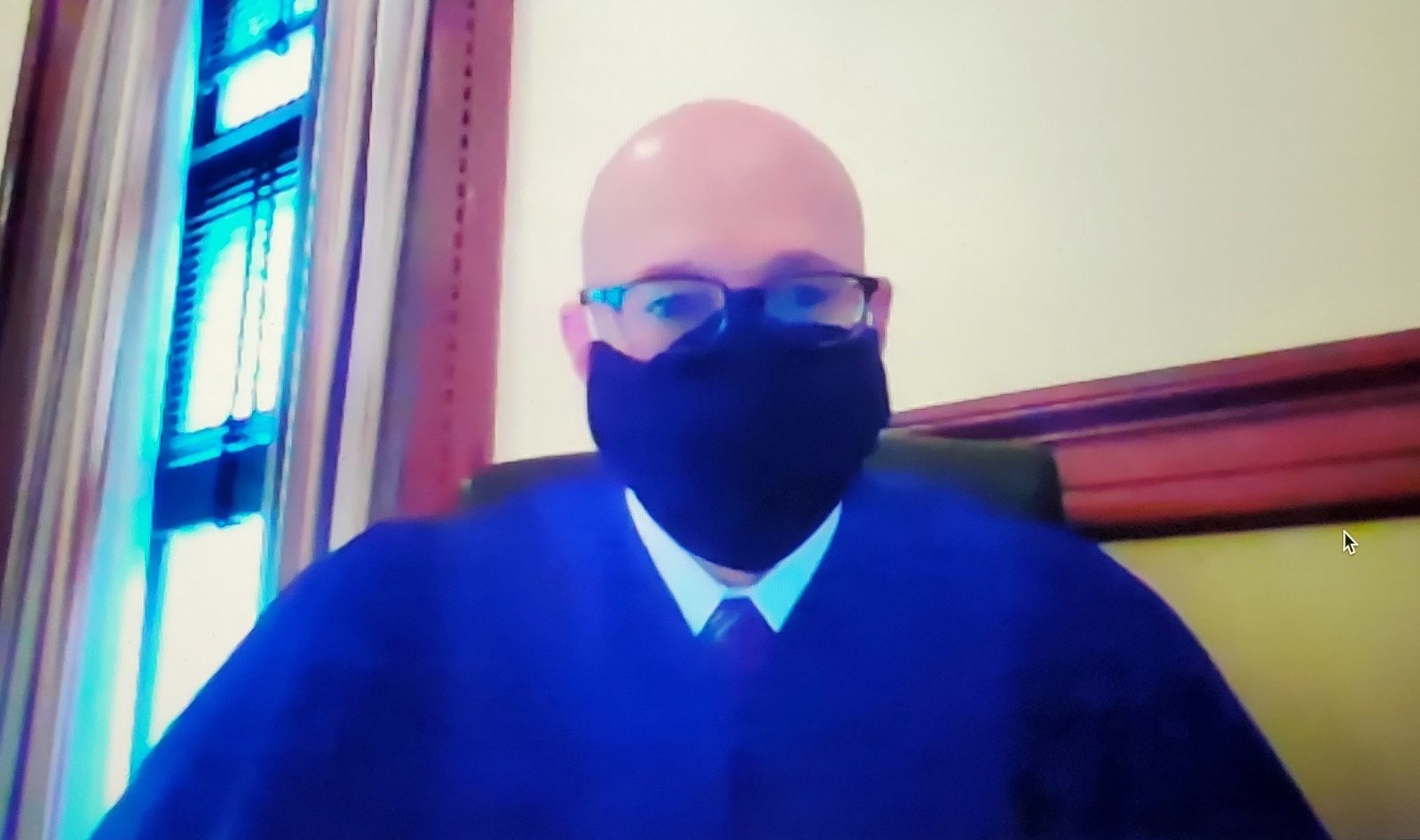 After Judge Nugent questioned how the developer came up with $25 million in punitive damages, Jennings’ lawyer, David Applefeld, said he’d be “happy” to amend the amount. (Zoom) 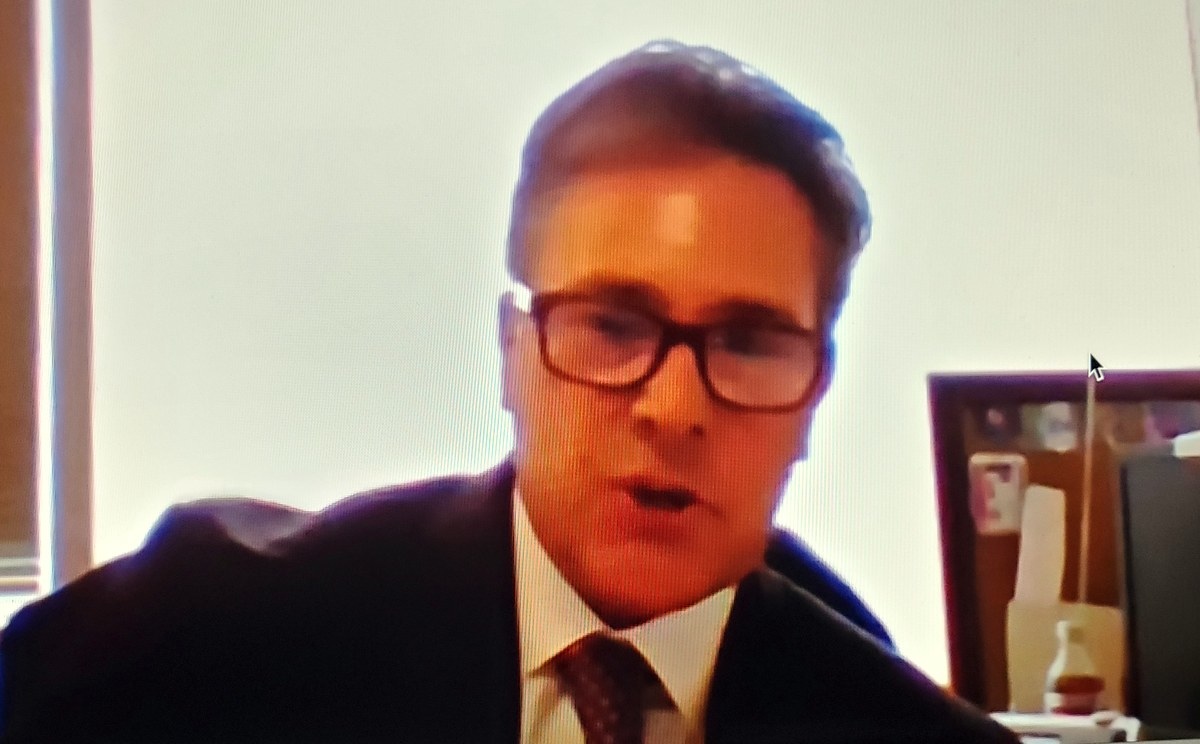 And so it went for nearly for an hour in court on Wednesday, as Judge Nugent attempted to wade through the legal filings and decide whether to dismiss Jennings’ 37-page complaint. (He did not immediately rule on the motion.)

The litigation is part of the long-running battle between Jennings, co-founder and senior managing partner of Valstone Partners, and residents of his development in the historic Jones Falls Valley who have balked at his plans.

The defendants are two homeowners’ boards, the Council of Unit Owners of the Millrace Condominium Inc. and The Homes at Clipper Mill Homeowners’ Association Inc., and five individuals who live at Clipper Mill.

The plaintiff is a politically-wired developer who once served as a commissioner on the Baltimore Housing Authority.

This test of Maryland’s 2004 anti-SLAPP law has attracted attention not only locally but beyond. Conspicuous in the audience on Wednesday was lawyer Paul Alan Levy, of Public Citizen, a national expert on free speech issues arising on the Internet.

What Levy and others got over the course of the hearing was a civics lesson about the importance of free speech in America – and how some businesses seek to undermine it. 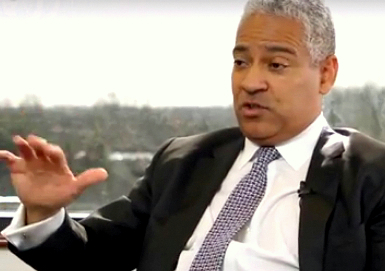 Speaking for the defendants, Thomas Minton argued that they were being sued for acts that are, by definition, legal – taking their concerns to the Planning Commission and the courts.

The residents contend that Jennings’ litigation is excessive and was brought in bad faith, an argument the judge probed.

Why, Nugent wanted to know, did the developer’s lawyers initially seek five years of personal banking records as well as personal and business computer hard drives from the defendants?

“How do I factor that into this analysis?” he asked.

“That was a standard request,” Applefeld responded, going on to share some of his thought process.

“What I was trying to do was force issues, intimidate and force people to run up costs,” he said.

Slugging it out in the virtual hearing, both parties got their licks in.

Jennings’ side accused the Clipper Mill residents of “obstructing,” “thwarting,” “acting in concert” and publishing “false and misleading information.”

Those are just charges, not real factual allegations, Minton shot back.

“There’s no detail. You couldn’t go into a court and say, ‘Paragraph One: Defendant published false information about me. Paragraph Two: He hates me. Paragraph Three: ‘Therefore, I demand $25 million.’ It wouldn’t work,” Minton argued.

He especially scoffed at Applefeld’s allegation that the residents had formed “a subversive organization,” quipping, “This isn’t the SDS or something. What are they talking about?”

The lawsuit “sends a signal to the public at large that ‘hey, you want to be involved in this? Look what could happen.’”  – Attorney Lauren Upton.

Jennings’ suit contends that Clipper Mill has only one “master governing association” that is authorized to speak about development matters, and the residents knew about that when they moved in.

“It is not simply an issue where it was rammed down their throat,” Applefeld pointed out.

At the public meetings, the residents never said they were speaking for the governing association, their other attorney, Lauren Upton, responded.

Applefeld said the defendants had interfered with Jennings’ business relations. In response, Minton said determining “interference” requires a finding that the defendants engaged in a “wrongful act” and that  none was committed. 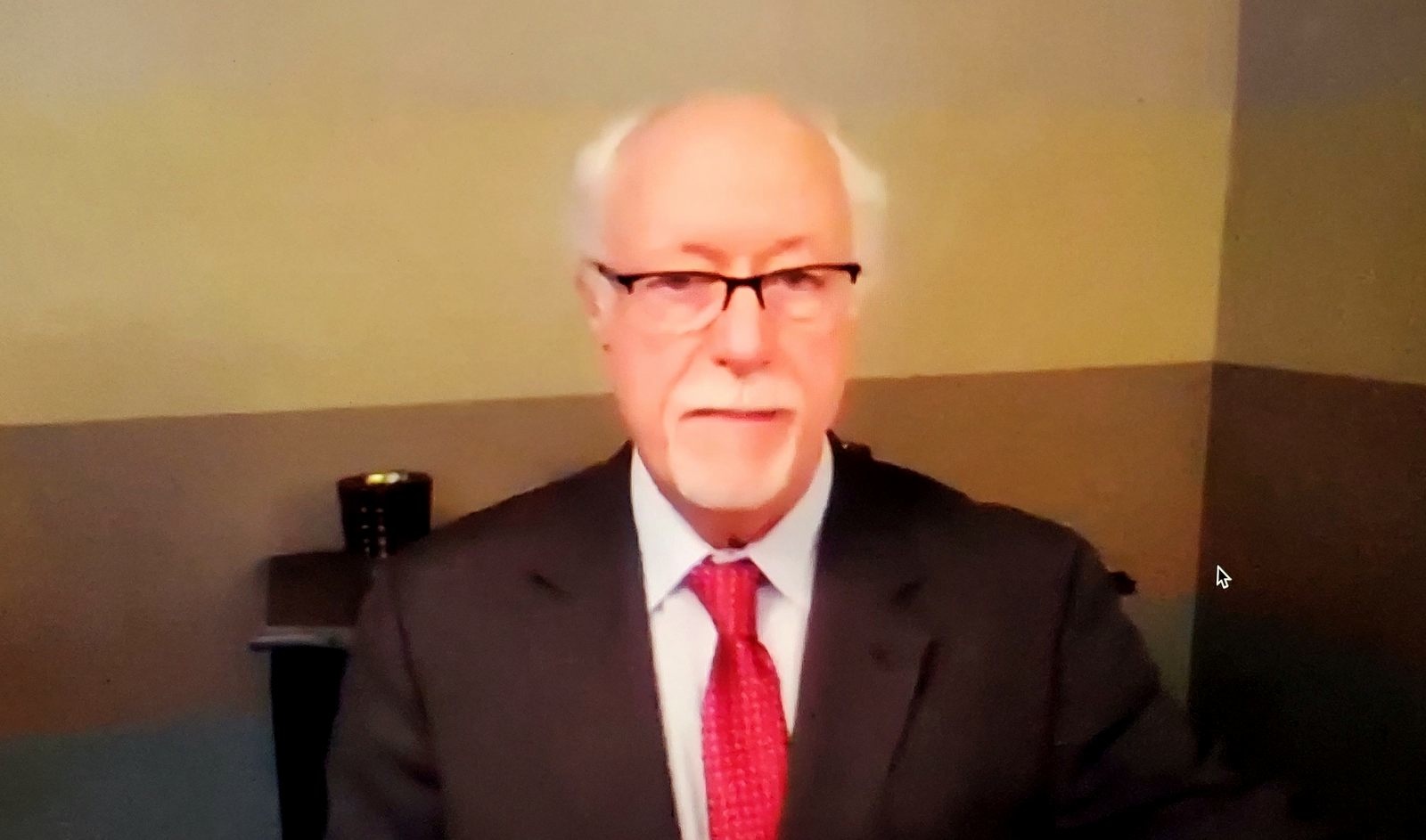 Testifying at a public hearing is not wrongful, attorney Thomas Minton argued, saying Judge Nugent should dismiss the case as an illegal SLAPP lawsuit. (Zoom)

At times, the proceedings seemed stuck in circular argument:

Applefeld contended that in order for the court to determine whether the developer acted in bad faith, lawyers need to continue the case and ascertain the facts.

Minton said that would take years of costly litigation – exactly what the anti-SLAPP statute was designed to prevent.

“If we’re going to litigate for the next year the intentions of the plaintiff,” he said, “why do we have this statute?”

Nugent asked how he could make a determination of bad faith on the developer’s part short of proceeding with the case.

The judge should look at Jennings’ “ridiculous” request for $25 million and his demand for the defendants’ hard drives and years of bank records, Minton said.

Upton said the case has implications for residents far beyond Clipper Mill because of the lawsuit’s potentially chilling effect on free speech throughout the state.

“It sends a signal to the public at large that ‘Hey, you want to be involved in this? Look what could happen.’”

“Until and unless this is resolved,” Upton warned, “it’s a signal about what could happen if you’re speaking out.”