Developer Larry E. Jennings has filed a $25 million lawsuit against residents in the Clipper Mill community for challenging his redevelopment plans, saying the residents have cost him “millions of dollars” by raising questions that have prevented him from moving ahead with construction.

In a 37-page complaint filed in Baltimore Circuit Court, attorneys hired by Jennings and his development business, VS Clipper Mill LLC, accuse the residents of testifying against two of Jennings’ proposals at public hearings, communicating with each other and other Woodberry residents about his plans, and challenging his projects in court.

The lawsuit claims that Clipper Mill residents aren’t legally allowed to question the developer’s plans or express their views in a public forum, and that only the developer has a say in determining what can be built at Clipper Mill.

The goal of the suit is explicitly stated in the complaint: To intimidate the residents and have a chilling effect on free speech and participation in public forums by seeking “a substantial punitive award. . . to deter such conduct in the future.”

The Clipper Mill suit, if successful, would take away the rights of private citizens who live at Clipper Mill to testify in public meetings or question Jennings’ development activities.

The two VS Clipper Mill projects that were named in the lawsuit are a 30-unit “stacked townhouse” development on the so-called Poole and Hunt lot at 2001 Druid Park Drive and a 98-unit apartment project proposed for construction within the shell of the historic Tractor Building at 2039 Clipper Park Road.

Both were announced in January of 2019 and have been mired in court delays.

Clipper Mill is a mixed-use community on the west side of the Jones Falls Valley. It contains 133 residences as well as office and retail space, including the Woodberry Kitchen restaurant. Its signature structures are former industrial buildings that are more than 100 years old and have been adapted for new uses.

On Monday, the larger Woodberry community will become a local historic district under the purview of CHAP, the Commission for Historical & Architectural Preservation.

The now-vacant Tractor Building of the onetime manufacturing giant Poole & Hunt. The Woodberry Kitchen restaurant is located across the street. Nearby are upscale townhouses and condominiums. (Ed Gunts)

Jennings is a senior managing director of Valstone Partners, an affiliate of VS Clipper Mill LLC, and a former commissioner at the Baltimore Housing Authority. He is a well-connected developer with ties to other businessmen who have done well in recent city administrations, including financier J.P. Grant and builder Kevin Johnson.

Jennings own political prowess was on display earlier this month when he got building permits for the stacked housing project despite a judge sending his application for the  project back to the Planning Commission for review.

Until the start of this year, Jennings collaborated on Clipper Mill with a consultancy headed by Martin Cadogan, Mayor Bernard C. “Jack” Young’s campaign treasurer and a former campaign treasurer for Martin O’Malley when he was mayor and governor.

Since investing in Clipper Mill, Jennings has repeatedly had run-ins with the residents who live there. In a hearing held by the Planning Commission last November, some residents testified against his “character,” painting him as a vindictive businessman who lied to them, ignored their concerns and punished them by taking away parking space.

Partway through the hearing, Jennings got up and left. The citizen complaints prompted the commissioners to rebuke him in absentia for “not being a very good neighbor.” 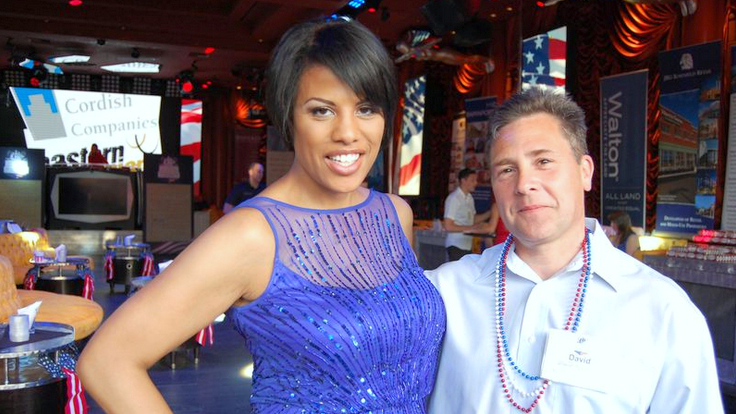 Crux of the Argument

The defendants are two homeowners’ boards, The Council of Unit Owners of the Millrace Condominium Inc. and The Homes at Clipper Mill Homeowners’ Association Inc., and five individuals who live at Clipper Mill.

The defendants have declined to comment about the suit. The Millrace Condominium Council recently engaged Thomas Minton of Goldman & Minton to provide legal counsel to its members. Minton did not respond to a request for comment.

Jennings: The residents gave up their rights to object to his plans when they signed the deed or lease to their residences.

In the past, three of the defendants have spoken at public meetings against Jennings’ plans for the stacked townhouses and the Tractor Building conversion. They’ve testified along with dozens of others who spoke in public or on Zoom or wrote to the city’s planning and preservation commissions, either for or against Jennings’ Clipper Mill proposals.

The crux of the lawsuit is an argument that the residents gave up their rights to object when they signed the deed or lease to their residences.

Applefeld and Goldberg argue that residents can’t speak up about anything the developer does unless they have 75% of the “Total Qualified Votes” of the master governing association. They say there are 700 voting shares in all and the developer, VS Clipper, controls 500 of them, meaning the residents collectively will never have 75%.

The residents should have known when they moved in that they are legally limited in the extent to which they can raise objections to zoning and development activities within Clipper Mill because they’ll never have a quorum, the suit argues.

As a result, they are prohibited “from taking any action to challenge the zoning, development or improvement of the Clipper Mill Development except through the Clipper Mill Association, which has the sole and exclusive authority to act on such matters.”

The complaint specifically accuses the defendants of the following:

• Breach of Contract, for which they’re seeking an amount that exceeds $75,000, “plus costs, attorneys’ fees and any and all other relief to which this Court finds it is entitled.”

• Tortious Interference with Economic Relations/Prospective Economic Advantage, for which they seek an amount that exceeds $75,000 in compensatory damages; $25 million in punitive damages, “plus costs, attorneys’ fees and any and all other relief to which this Court finds it is entitled.”

• Civil Conspiracy, for which they seek an amount that exceeds $75,000 in compensatory damages; $25 million in punitive damages, “plus costs, attorneys’ fees and any and all other relief to which this Court finds it is entitled.”
_______________
To reach this reporter: edgunts@aol.com